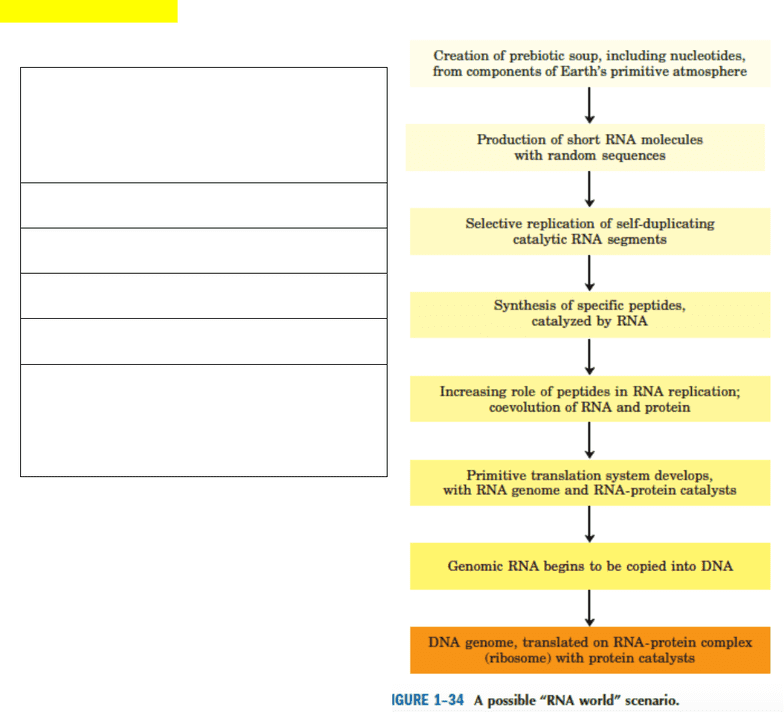 -I answered all philosophical related questions from last year’s exam. I used the
book for some, and my notes for other. I also recorded the lectures, so most of
my answers are what he said word for word. I did not answer ALL of the
questions from last year’s exam because a few questions were not mentioned by
the prof.
What is RNA World?
• RNA is a self replicating, self
catalyzing molecule from where
life originated
• It has functions that are specific:
1. Recognition and binding – specifically
bind and recognize other sequences
2. Catalysis- catalyzes the
recombination of nucleic acids
3. Can synthesize the formation of
peptide bonds
4. Can synthesize the formation of
peptide bonds
* If RNA was not only catalytic but if it
could not catalyze the recombination
between other nucleic acid molecules,
the concept of RNA world could not
work
Unlock document 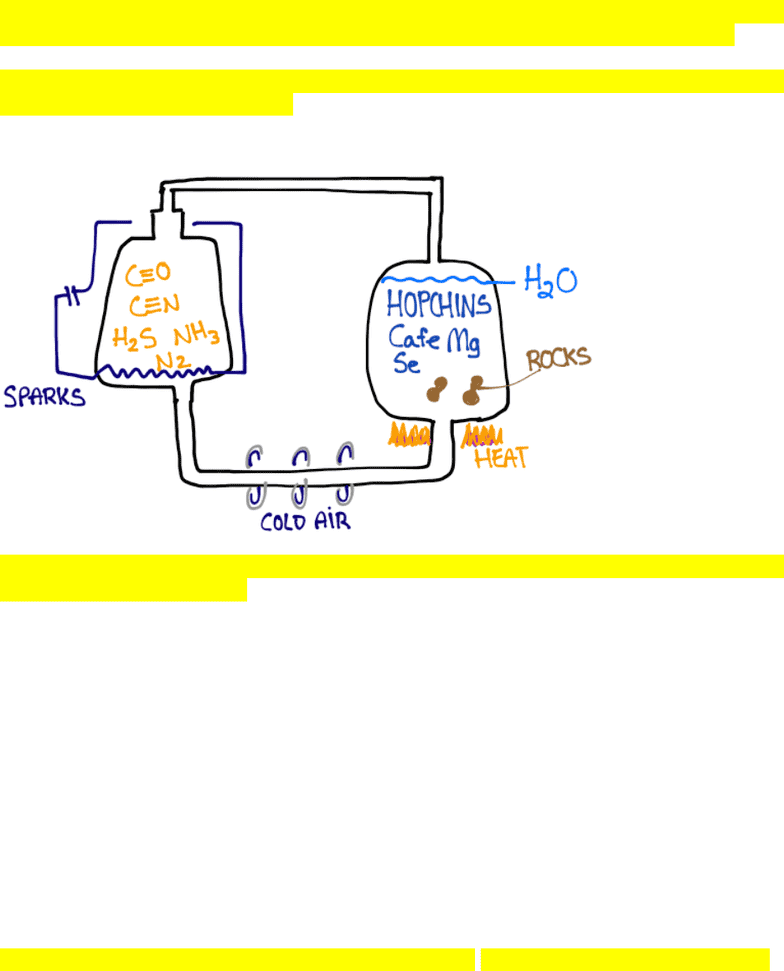 Miller-Urey experiment – gases, liquids, chemical elements, heating, cooling, electric
spark, that explains the synthesis of organic molecules and the known biochemical.
Show the kinds of inorganic molecules added, types of organic molecules formed and
the kinds of biochemical created.
No O2
What are the monomers or polymers that make up present life that were formed during
the Miller-Urey experiment?
- Short polymers
- Compounds that got produced from this experiment:
1. Carbohydrates
2. Lipids
3. Amino acids
4. Nucleic acids
5. Bases
6. Pyranose and ribose
7. We get the elements that constitute Life, in the exact stererospecificity that is in
us.
- If this experiment failed to produce the same polymers in the correct stereo
specificity that constitute Life, then the theory of where life came from would be dead
What is the fundamental argument against evolution? Relate it to the library of Mendel.
-It could have not happened by chance
-Too unlikely, too improbable
Unlock document