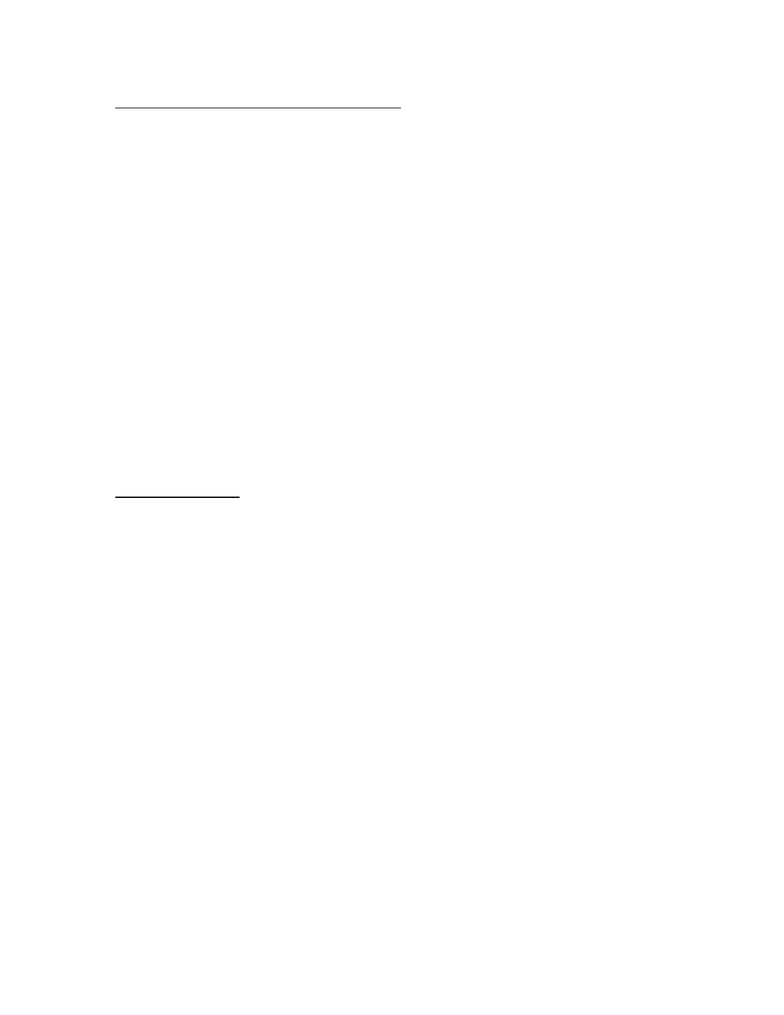 Structural Organization of the Human Body
tissues- groups of cells that are similar in structure and perform a common or related
function; different types of tissue allow for specialization, and specific functions allow for
organization and efficiency in the body
-cell specialization allows the body to function in sophisticated ways and allows for
division of labour; division of labor has its hazards (when a particular group of cells is
indispensable, its loss or injury can severely disable or even destroy the body )
-there are 4 main types of tissue:
epithelial- for covering
connective- for support
muscle- for movement
nervous- for control and regulation
-usually, all 4 tissues make up an organ (at least 2 tissue types are required, but organs with
4 types of tissue are most common)
histology- the study of tissues (their organization, appearance, etc. )
1) Epithelial Tissue
-also called epithelium (plural: epithelia)
-a sheet of cells that covers a body surface or lines a body cavity
-epithe: laid on, covering
-it occurs in the body as covering and lining epithelium or glandular epithelium
covering and lining epithelium- creates boundaries; forms the outer layer of the skin, dips
into and lines the open cavities of the cardiovascular, digestive, and respiratory systems,
and covers the walls and organs of the closed ventral body cavity (e.g.: outer walls of
stomach / kidney, lumen, etc.)
glandular epithelium- fashions the glands of the body; involved in secretion (e.g.: salivary
glands, pancreas etc.)
Functions of Epithelia:
1) Protection- creates a physical boundary (i.e.: skin); allows for mechanical, chemical and
infectious protection
-chemical secretions protect body from invaders; the immune system is integrated with
epithelium
2) Absorption- involved with the breakdown of products and movement into the
bloodstream (i.e.: GI tract)
Unlock document 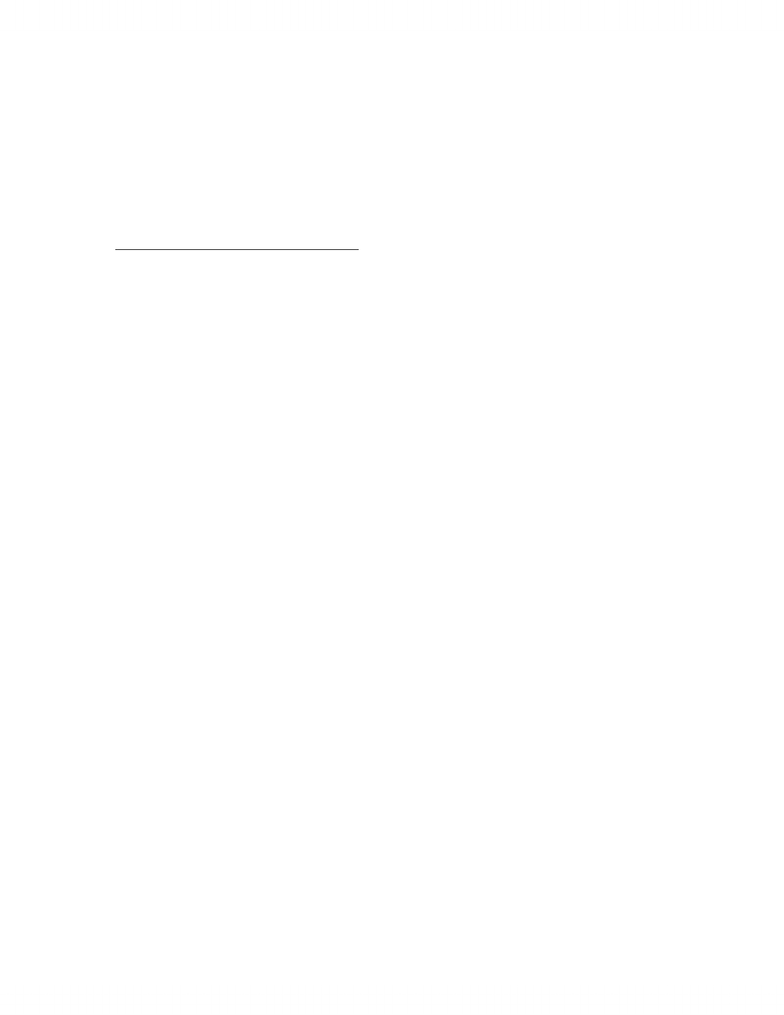 3) Filtration- allows for a barrier between fluid / blood and waste products (i.e.: kidneys)
4) Excretion
5) Secretion
6) Sensory Reception- taste buds / olfactory membranes are modified epithelial cells
Special Characteristics of Epithelium
1) Cellularity- epithelium is very cell-dense, unlike connective tissues (CT is fibrous and
spacious)
2) Specialized Contacts- epithelial cells fit close together to form continuous sheets;
adjacent cells are bound together at many points by lateral contacts (tight junctions and
desmosomes)
-tight junctions: individual cell membranes fused tightly together; helps keep proteins and
apical regions of the plasma membrane from diffusing into the basal region, and thus help
to maintain epithelial polarity
-desmosomes: connects 2 cells strongly together and contains intermediate filaments to
strengthen layer (i.e.: in the esophagus)
3) Polarity- epithelia have apical surfaces and basal surfaces and all epithelia exhibit
apical-basal polarity, where cell regions near the apical surface different from those near
the basal surface in both structure and function and is maintained by the highly ordered
cytoskeleton of epithelial cells
apical surface- an upper, free surface exposed to the body exterior or the cavity of an
internal organ; apical surfaces are often specialized and this may include cilia (hair-like
projections that propel substances along their free surface; can be found in respiratory
passages and used to push mucous) or microvilli (finger-like projections that increase
exposed surface area for increased absorption)
-dense areas of microvilli, usually found in epithelia that absorb or secret substances
(intestines and kidney tubules) have a fuzzy appearance called a brush border
basal lamina- thin sheet that lies adjacent to the basal surface of an epithelium; this non-
cellular, adhesive sheet consists largely of glycoproteins secreted by the epithelial cells and
find collagen fibres and acts as a selective filter that determines which molecules diffusing
from the underlying connective tissue are allowed to enter the epithelium
-also acts as a scaffolding along which epithelial cells can migrate to repair a wound
-provides attachment site for epithelial cells and allows for organization
-attachment and filtration
4) Supported by Connective Tissue- all epithelial sheets rest upon and are supported by
connective tissue; the reticular lamina lies beneath the basal lamina and consists of a layer
Unlock document 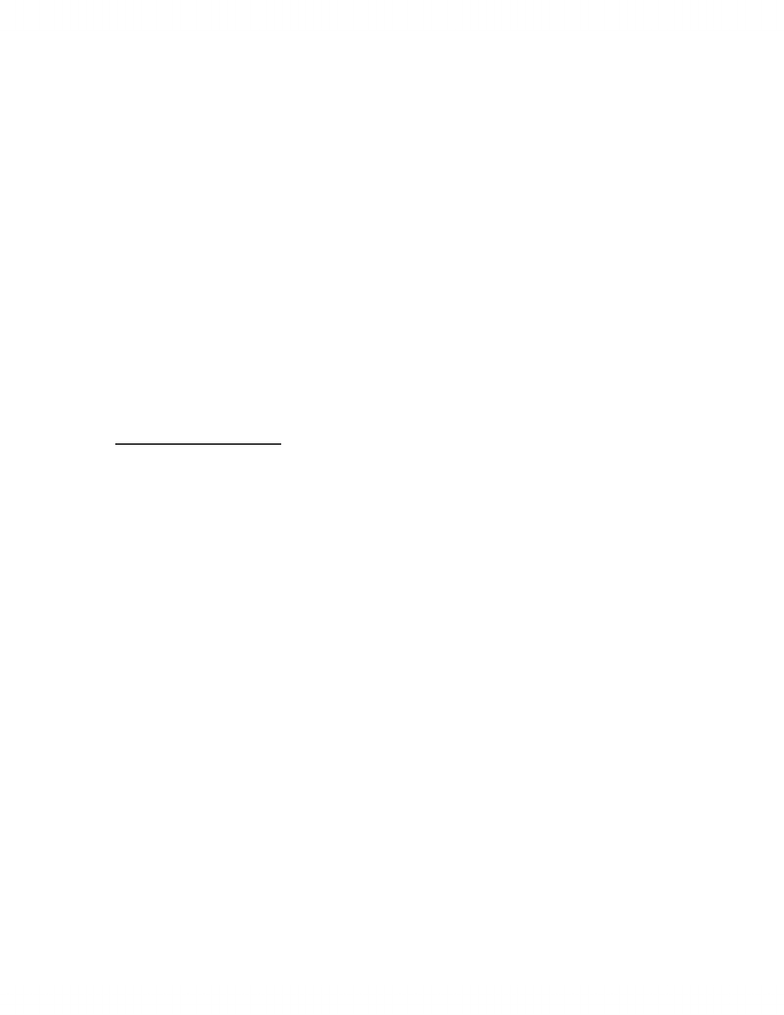 of extracellular material containing a fine network of collagen protein fibres that belong to
the underlying CT; together they form the basement membrane
basement membrane- basal lamina + underlying reticular connective tissue; reinforces
the epithelial sheets, helping it to resist stretching and tearing forces, and also defines the
epithelial boundary
-cancerous epithelial cells fail to respect the basement membrane boundary, which they
penetrate to invade the tissues beneath (allowing metastasis)
5) Avascular but Innervated- epithelium is innervated (supplied by nerves) and avascular
(contains no blood vessels since they can't pass through basement membrane); epithelial
cells are nourished by substances diffusing from blood vessels in the underlying connective
tissue
6) High Regenerative Capacity- epithelia often exposed to friction and surface cells rub
off, or are damaged by hostile substances in the external environment; when apical-basal
polarity and lateral contacts are destroyed, epithelia cells begin to reproduce themselves as
long as they receive adequate nutrition
Classification of Epithelia
-epithelium is given 2 names; the 1st part indicates the number of cell layers present, and
the 2nd part describes the shape of its cells
Covering and Lining Epithelium:
simple epithelia- consists of a single cell layer; typically found where absorption,
secretion, and filtration occur and a thin epithelial barrier is desirable; protection is not its
specialty
stratified epithelia- composed of 2 or more cell layers stacked one on top of the other;
common in high-abrasion areas where protection is important, such as the skin surface and
the lining of the mouth and esophagus
-stratified epithelia, cell shapes differ among the different cell layers; to avoid ambiguity,
stratified cells are named according to the shape of the cells in the apical layer
-they regenerate from below; basal cells divide and push apically to replace the older
surface cells
-there are 3 common shapes of epithelial cells
squamous cells- flattened and scale-like; nucleus is a flattened disc
cuboidal cells- box-like and approximately as tall as they are wide; nucleus is spherical
columnar cells- tall and column shaped; nucleus is elongated from top to bottom and
usually located at the cell base
simple squamous epithelium- cells are flattened laterally, and their cytoplasm is sparse
-from a surface view, these cells resemble a tiled floor; from a side view, after being cut
perpendicular to their free surface, they resemble fried eggs seen from the side
Unlock document