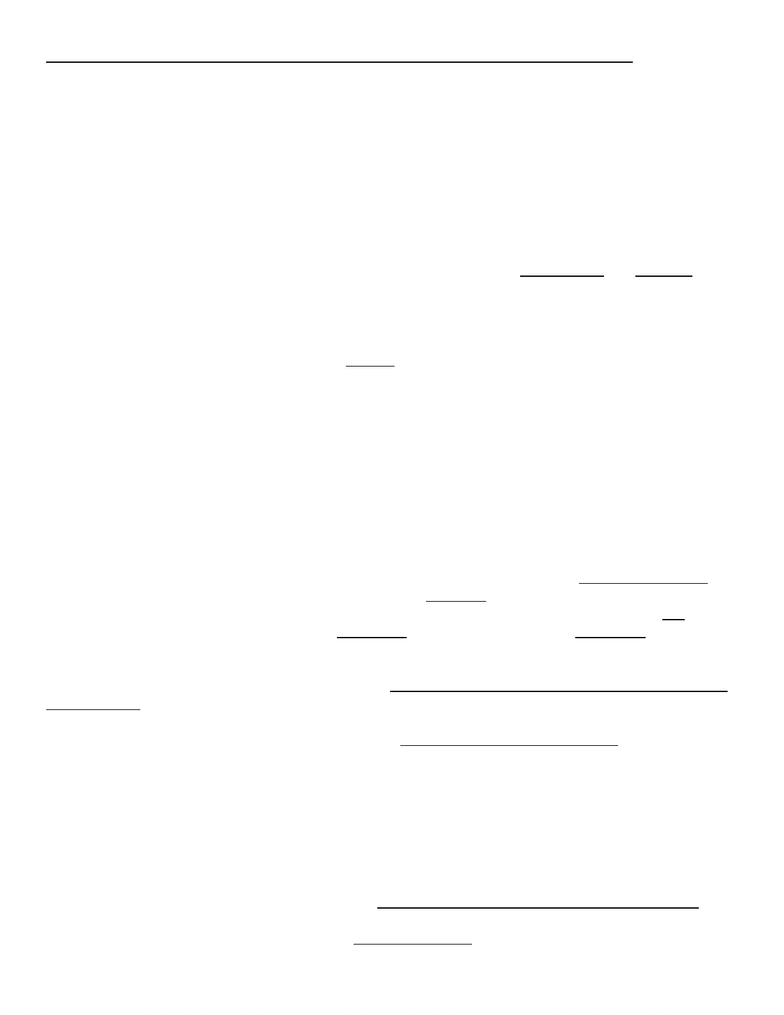 PSYC12 Reading 1(Chapter one) – Introduction to the study of stereotyping and prejudice
- Humans have a tendency to form groups. Some groups can be restricted to others based on special
skills, family relations, gender and power. Humans have found that by forming groups, it has made
life easier. “Groups are the basic building blocks of society”.
- Groups are not just restricted to humans, but animals as well. It has become a natural event for
BOTH animals and humans as forming groups, has shown survival benefits. These survival
benefits include, fighting off predators, and raising offspring successfully. Although there are
benefits that forming a group has, it also has disadvantages such as mate competition and mate
control, forming close ties with their own group [ingroup] and developing reject toward other
members [outgroup]. Even when the group assigned to someone, was completely random, people
tend to show preferred likeness to their own group members in that group [minimal group].
- Even though these preferences may have an adaptive usage from evolutionary and practical
perspectives, they still form – FEELINGS about another group (prejudice); and they also BELIEVE
that certain characteristics are associated with certain out-groups (stereotype). This is usually
because the outgroup members are seen to be hostile [aggressive, unfriendly] to the in-group’s
values. Evolutionary psychology suggests that ingroup preferences and hostility toward
outgroups are adaptive and therefore innate, and thus there is LITTLE we can do about prejudice
and hostility. SO does this mean that prejudice and stereotyping are not stoppable?? An analysis of
intergroup hostility shows that there is NO basis for disliking others just bc they belong to another
group.
- All of history’s wars, battles, and other acts of group violence have been driven by some form of
prejudice, stereotyping/discrimination for ex. The Holocaust, American civil war, the American
slave trade, and the genocide in Rwanda. Also most of the intergroup hostility has been based on
the difference in religious beliefs.
- A lot of people in US, think that prejudice no longer exists bc of the voting right act of 1965 etc. It is
true that OVERT [open] expressions of racial prejudice and intergroup have DECLINDE, racial
prejudices stereotypes DO exist. Typically any group [racial, gender, religion, blond heads] have
been the target of prejudice.
 Here are some newspaper headlines displaying examples of intergroup violence that
are driven just by prejudice. In 2002 gay actor Rev Broudy suffered a brutal attack
outside his apartment. In 1988 two young men beat Matthew, an openly gay
student. In 1998, three white men offered a ride to James, a black man.
DEFINING STEROTYPE
Lippmann’s Stereotype
Stereotype originally comes from a term to describe a printing process in which fixed groups of material
are produced. This term was adopted by social scientists when a journalist Walter Lippmann used the
term stereotype to describe the tendency of people to think of someone or something- based on the
common feature shared by two people. He stated that we all have pictures in our heads of the outside
world, and that these representations are templates that simplify the confusing info we receive from the
world. He noted that stereotypes tell us what social info is important to perceive and to disregard in our
environment.
Stereotyping from Bad to Neutral
Other researchers defined stereotype as an outward indicator of irrational(not logical),
nonanalytic cognition. Other researchers defined it as rigid [not flexible] thinking. And the others
regarded it as an external sign of the stereotyper’s moral defectiveness [something that’s missing].
However, researchers started to drift away from the inclusion of assessments of the morality or
correctness of the stereotype or the stereotyper. Allport had moved away from including evaluative
assessments and he defined a stereotype as an exaggerated belief associated with a category. Other
psychologist argued that stereotyping has to be examined as a normal psychological process.
Unlock document 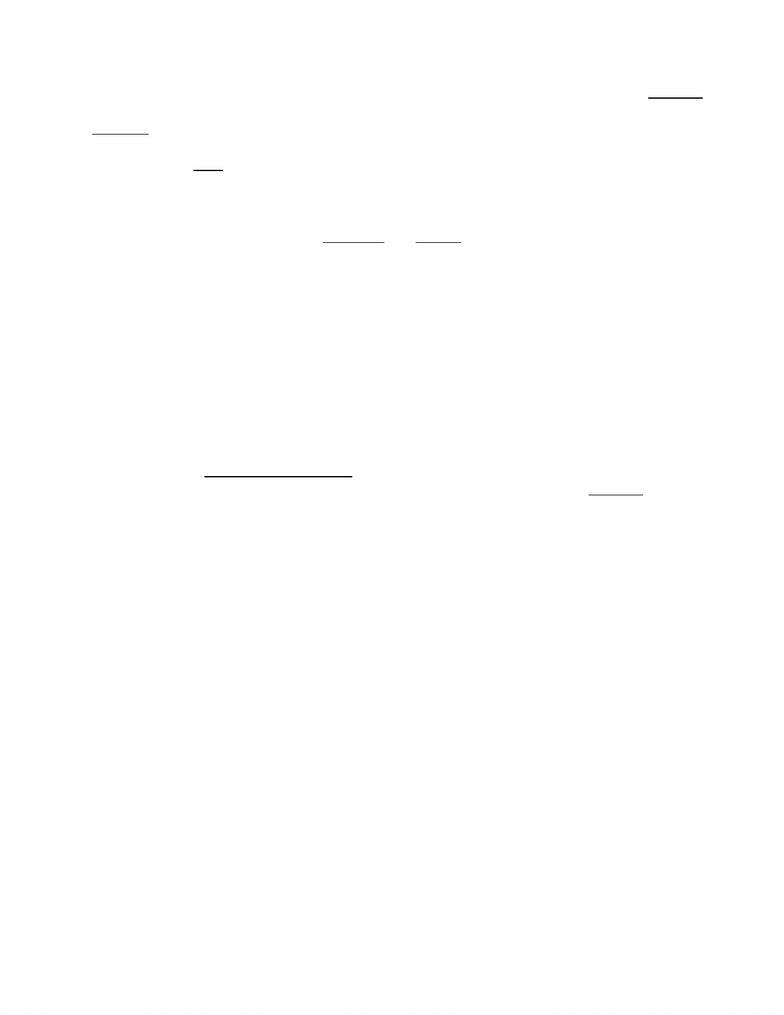 The Social Cognitive Definition
In the 1970s, when social cognition was born, researchers came to think of stereotyping as an
automatic process of categorization that many cognitive and social psychologists believe is inherent
[innate] in the nature that humans think of the world.
 Brigham defined stereotyping as “ generalization made about a …group concerning a trait
attribution which is considered to be unjustified [unfair] by an observer”.
 A stereotype is ANY generalization about a group whether an observer [either a member of the
stereotyped group or another observer] believes it s fair or NOT.
 Generalization by definition means, a group is bound to be unjustified [unfair] for some part of the
group members.
 Other researchers have adopted to Hamilton and Trolier’s definition of stereotype as “a cognitive
structure that contains the perceiver’s knowledge, beliefs and expectations about a human group”.
Even though both Hami and troiler have included in their definition that stereotype is the
association between a group and ones belief about the group, the definition also includes ones
knowledge and expectations of the group.
Hami and troi’s definition of stereotype sounds more like schema. Schema is a cognitive structure that
represents knowledge about a concept or type of stimulus including its attributes and the relations
among those attributes.
- Schemas are then broader cognitive structures that contain our knowledge of a stimulus, our
expectation or the motives or behavior of the stimulus and our feelings toward the stimulus.
Stereotypes are much more SPECIFIC and are included IN A schema.
- For instance ones schema of librarians may contain knowledge about their job, expectations for
motives, how to feel about librarians and ones beliefs (stereotypes).
Another definition is by Ashmore and Del Boca, defines stereotypes as “ a set of beliefs about the personal
attributes of a group of people”. This book will use Ashmore’s definition because it restricts the meaning
of stereotype to a generalization about a group of people.
Culture and Individual Stereotypes
It is important to differentiate between cultural[shared or community-wide patterns of beliefs] and
individual stereotypes[describes the beliefs held by an individual about the characteristics of a group!
- Ashmore and Del Boca, suggest that adjective rating scales used by Katz and Braly, tend to assess
cultural stereotypes.
- ANY other measure of stereotype content in which the respondent’s answers are restricted to the
stereotype content choices offered by the measure tends to provide an INACCURATE measure of
the person’s stereotype of the group.
- This is important because one’s cultural stereotype about a group may not be the same as ones
individual stereotype about the group.
- A question is which of the 2, cultural or individual drive’s tend to predict future behavior and
attitudes toward a given group? Although, Lippmann suggested that “we perceive that which we
have picked out in the form stereotyped for us by culture”. Most researchers seem to be
interested, mainly in in assessing individual stereotypes because many experiments have
demonstrated that these are more directly related to the person’s thoughts, feelings and behavior
towards the group.
Is a Stereotype an Attitude?
- Some researchers believe that a stereotype is similar to an attitude. An attitude is a general
evaluation of some object and it is usually viewed as falling somewhere on a good, bad or
unfavorable attitude. Attitudes are viewed as having a 3 component part to it: behavioral,
affective, and cognitive. This is why some theorists define stereotypes as intergroup attitudes, that
are divided into THREE parts. BUT still most of the researchers agree that stereotypes represent
only the cognitive part of any intergroup attitude. The other two parts more so match prejudice
Unlock document 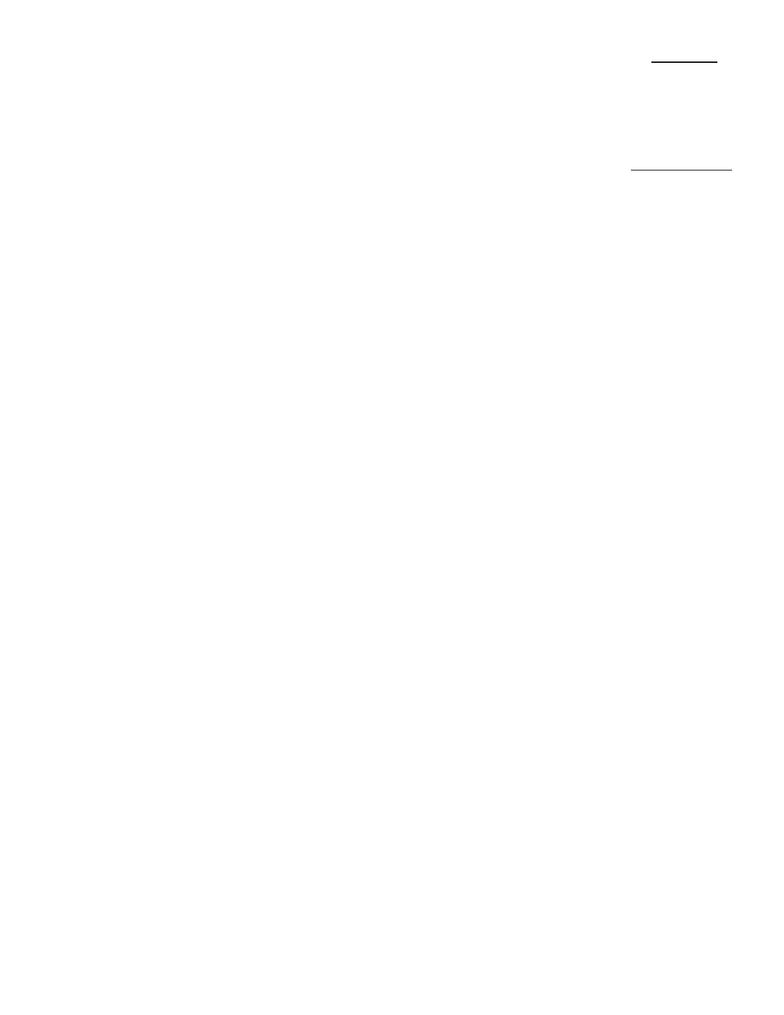 and discrimination. Discrimination is known as any – behavior that is focused on an individual
based on their membership. In conclusion, even though a stereotype is NOT an attitude, an
intergroup attitude is composed of one’s thoughts or beliefs about, feelings toward, and behavior
toward a certain group.
Positive VS. Negative Stereotypes
- Researchers do not think of stereotypes as being bad or good. Rather they are just generalizations
about a group. There are more negative stereotypes than positive. But some exs. Of positive one is
associating Asians with intelligence. Positive stereotypes = desirable characteristics. But the
question is WHY would ppl regret being part of a = stereotype.
Defining Prejudice
- Gardner suggests that the word prejudice can be taken literally to indicate a prejudgment about
something. Prejudice can suggest an evaluation, either +/-, toward a stimulus. Gardner again
defined prejudice in which the individual has a – evaluation of another stimulus. It is easy to
recognize that the last two definitions uses evaluation. In the end an evaluation is an attitude.
From past to now, expressions of racism have changed to being overt to subtle.
Prejudice as Negative Affect
- Early theorists defined prejudice in terms of its affective side. In a book The Nature of Prejudice,
Allport defined prejudice as “an antipathy (intense dislike)” based on a faulty and inflexible
generalization bc someone belongs to a certain group. It could be directed to an individual or a
group as a whole. Prejudice is the affective part of the intergroup attitude. Most researchers
retired the definition of the emotional definition of prejudice and moved on to prejudice as an
attitude.
Prejudice as an Attitude
- A problem with the earlier definitions of prejudice is that, it focuses on the – affect toward the
outgroup. This LIMITS the definition of prejudice since prejudice can also be + and in favor of
one’s ingroup [ingroup favoritism]. Prejudice can be focused on affective (anger), cognitive
(beliefs linking hostility to the outgroup) or behavioral (avoidant or hostile). Although it seems
that most prejudice is merely based on the affective part [anger].
- 3 men Ford, and 2 s’es found that the best way to predict – outgroup prejudice is not NEGTIVE
FEELINGS but a LACK of + emotions. More stronger and obvious forms of prejudice are based on
strong – emotions but the more subtle ones of prejudice may be based on the absence of + feelings
about the outgroup. In a study, they assessed all 3 parts of attitude in a college of White kids and
they found that the majority was affect and behavior. The authors then suggests that the quality
of an intergroup interaction is most DEPENDENT on “ how good people feel” NOT how well they
think of group members.
- Based on Eagly and Diekman they say that prejudice should be regarded as an “attitude in
context”. According to this, prejudice is NOT inflexible but it depends on the match bw the social
role into which the stereotyped individual is trying to fit and the beliefs of the perceiver about the
attributes that are needed for the success in that role. These men argue that prejudice is most
likely to be displayed toward a disadvantaged group when the group tries to move into roles for
which they are believed by the majority group to be unqualified.
- There are some criticisms about viewing prejudice as an attitude. First, some theorists assert
than an attitude or evaluation is NOT the same as affect. If prejudice is an affect based reaction to
a stimulus group then it cannot be the case that an evaluation of the group is the same thing as
prejudice. Second, asserts that the notion that prejudice has an affective, cognitive and behavioral
component is problematic bc research shows that the three parts are NOT always consistent.
Unlock document