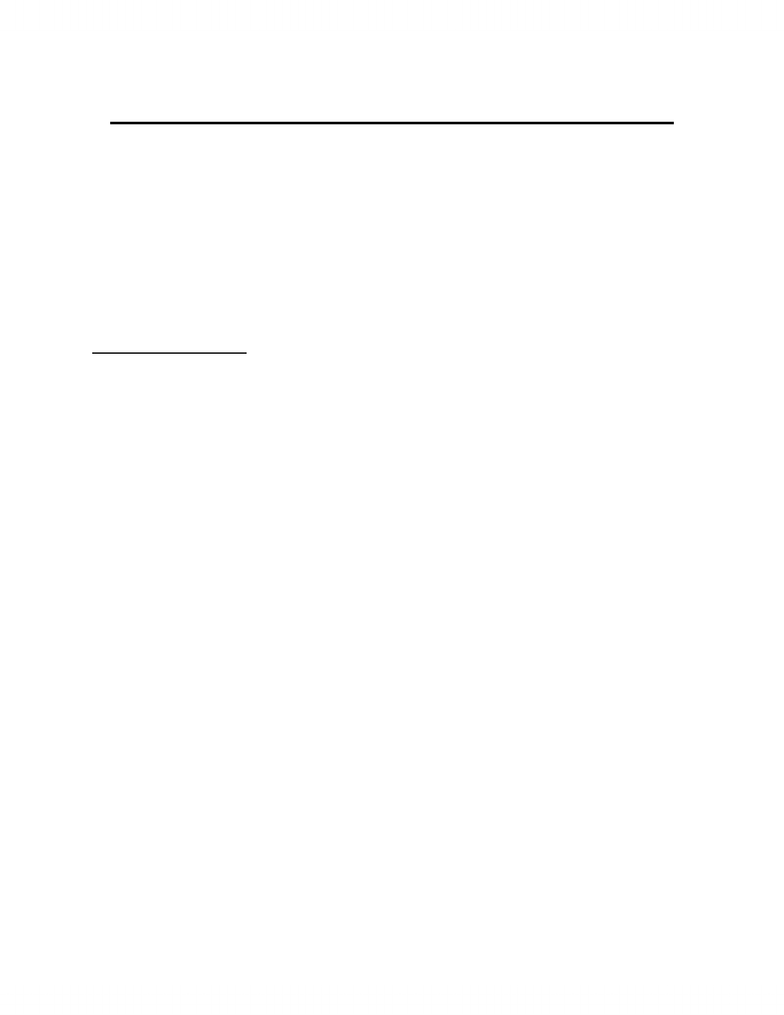 1
The General Equilibrium Rectangular City Model
June 25, 2009
These notes summarize lecture presentations from June 18 and 23, dealing with the general
equilibrium model (Figures 7A-3 and 7A-4 plus related discussion in the textbook).
General equilibrium, as defined in this model, means that land and labour markets are both in
equilibrium simultaneously. A new endogenous variable is introduced here: the wage paid to
employees of manufacturing firms. These employees are also the model city’s residents – the
customers of housing firms in the city.
Land Market Equilibrium
Land market equilibrium, as outlined in Chapter 6, requires that manufacturing firms and
housing firms pay land rents giving them zero economic profit at all locations.
For housing firms there is an additional equilibrium requirement discussed in Chapter 6: the
prices that residents pay for the firms’ output must allow residents to obtain the equilibrium
utility level – again at all locations. The location variable for residents is commuting distance to
the business area.
Residents’ equilibrium utility level is exogenous; it is fixed in the model city because residents
can move in or out of the model city to other cities at no cost (the “open city model”
assumption).
Residents of other cities are assumed to have a fixed utility level. If utility in the model city is
temporarily lower, model city residents will move to other cities. A population outflow causes
housing prices in the model city to fall, so its remaining residents eventually regain the
equilibrium utility level. Likewise if utility in the model city is temporarily higher than in other
cities, a population inflow results, causing housing prices to increase until the equilibrium utility
level is regained.
Since this model assumes no consumer substitution, residents obtain equilibrium utility if they
can just afford a fixed (exogenous) house size and a fixed (exogenous) consumption level of
non-housing goods. After paying the cost of commuting to the business area, residents must
have just enough money left to afford this fixed consumption bundle. Equilibrium housing
prices at all locations will allow this requirement to be met.
The no-consumer-substitution assumption differs from the indifference curve analysis in the
appendix to Chapter 6. If residents can move along an indifference curve giving them the
equilibrium utility level, house size and non-housing consumption would be endogenous
variables. To eliminate consumer substitution here, we’ll assume the city has a zoning rule. 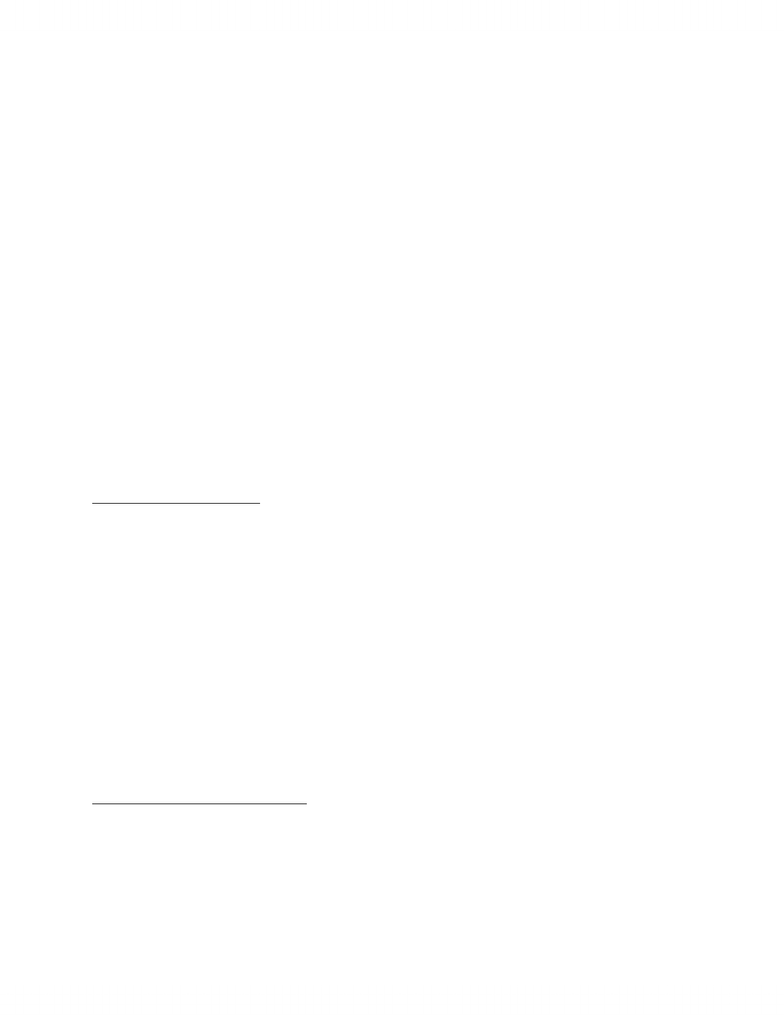 2
The rule allows only a fixed housing unit size to be produced by housing firms. That being so,
residents can reach just one point on their equilibrium indifference curve.
Commuting cost is a function of distance between a resident’s housing unit and the
residential/business boundary. Commuting inside the business area is costless.
As in the text, both manufacturing and housing firms are assumed to produce a fixed output
level. Also as in the text, we assume that factor substitution is not possible. In the case of
manufacturing firms, their output is produced using fixed inputs of land, labour, and capital. In
the case of housing firms, their output is produced using fixed inputs of land and capital.
Manufacturing firms ship their output to a highway or port, incurring freight cost along local
roads. The farther they are from the highway or port, the more freight cost they incur. In
equilibrium, land rents will adjust so that firms earn zero economic profit at all locations.
There are no office firms in the model. Manufacturing firms are the only employers. Their
output is exported from the city, and is sold at an exogenous price.
Farms are included in the model. Competing against each other for land, farmers pay an
equilibrium land rent. We assume this agricultural rent is exogenous – that is, independent of
distance from the highway or port.
Labour Market Equilibrium
Given the absence of consumer and factor substitution, employment and residential densities
will be fixed. The land area occupied by businesses multiplied by the fixed employment density
equals the number of jobs in the city. The land area occupied by residents multiplied by the
fixed residential density equals the number of residents in the city.
For the labour market to be in equilibrium, every resident must have a job and every employer
must have the number of employees required to produce its output.
If there is either excess supply or excess demand in the labour market, the wage level will
change. A change to the wage level will have impacts in the land market. Business and
residential land areas will adjust until the number of jobs in the business area equals the
number of residents in the residential area. Thus land and labour markets reach equilibrium
simultaneously.
Geography of the Rectangular City
The city has northern and southern boundaries fixed by zoning rules. Manufacturing and
housing are not permitted outside these boundaries. As with rectangles in general, there is a
uniform north-south distance for the entire city. This distance is an exogenous variable
determined by the zoning rules. 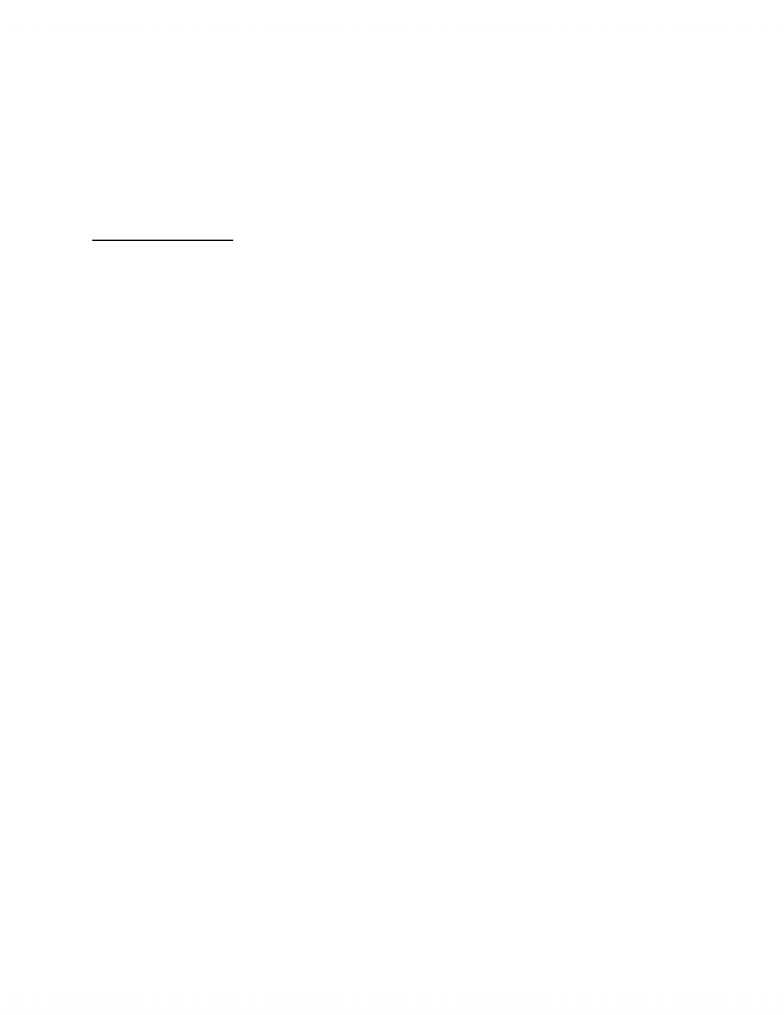