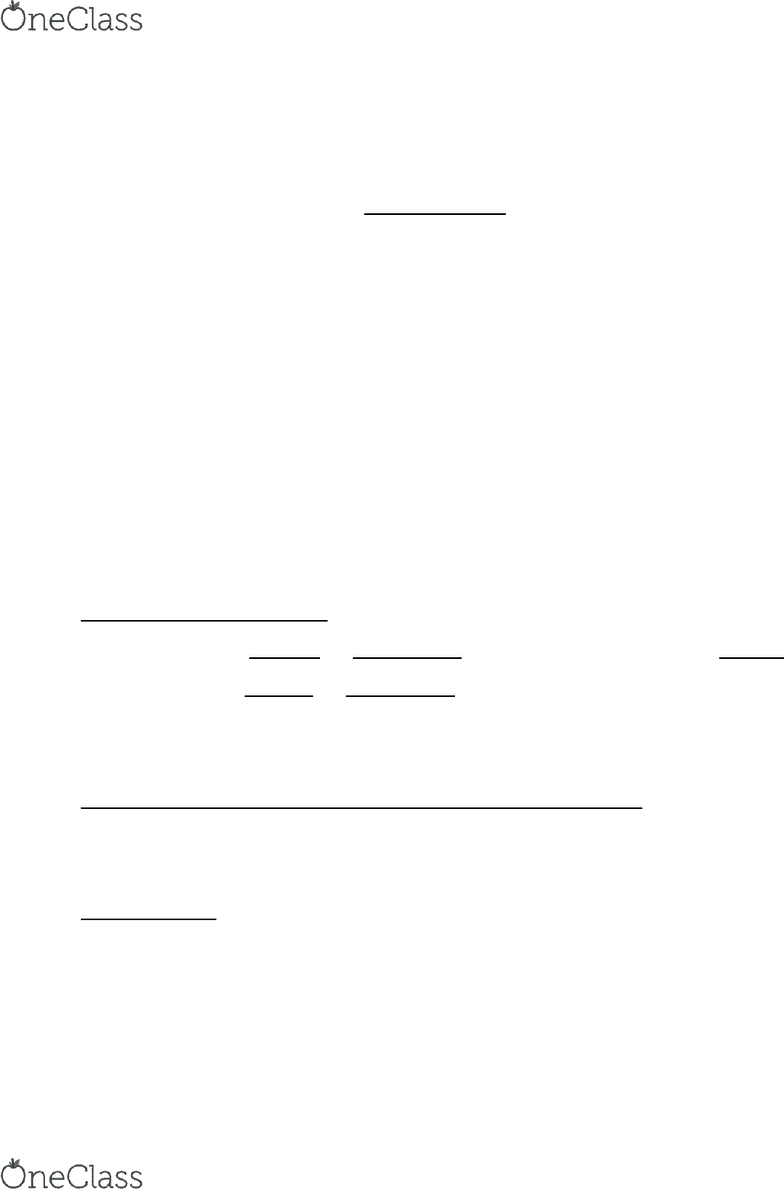 Inorganic Chem:
Study Tip: Start Memorizing the naming patterns from “Reference Material for
Nomenclature of Simple Inorganic Compounds”.
^ Most important sections are Table 3.5 and 3.6.
^^ Knowing these naming patterns will earn you 4 marks out of 30 on Tests 1&2.
(2 Marks for naming 2 different compounds given their formulas. 2 other marks
for writing the formulas from 2 given compound names).
-Review Solubility Rules (Table 5.1, pg 158)
-Tip: The stuff on slide 4 (complex ions and coordination compounds) will
be learned later in the course (in about a month). All you need to take note of
from that slide are Lewis Acids and Lewis Bases explained below:
Lewis Acids vs Lewis Bases:
1. Lewis Base donates an electron pair. (Lewis base is also called a Ligand)
2. Lewis Acid accepts an electron pair.
Slide 6 shows Hydration shells (Strongest bonding in the middle, and weakening
more and more as it goes towards the outside).
Brønsted-Lowry Acids & Bases (the regular Acids and Bases):
1. Acid - Donates a proton.
2. Base - Accepts a proton.
Types of Acids:
1. Carboxylic Acids:
-Example: O=C-O :---(H (the electron pair is attracted to the Oxygen ← ⁺
and the H is released). |_R ( thats an R group bonded to the C)←
find more resources at oneclass.com
find more resources at oneclass.com
Unlock document

-The strength of which the Oxygen pulls the electron pair is dependent on
what is bonded on the other side.
-Adding methyl groups (H -C-₃--C-O) will decrease its electronegativity,
making it a weaker acid.
-The addition of other electronegative groups (like F, Cl, etc) will increase
the O’s electronegativity, which in turn increases the acidity. (The more
electronegative it is, the stronger the acid is - for example, F is more
electronegative than Cl, so it will create a stronger acid (higher Ka value)).
2. Inorganic Acids:
Two Types:
i) Binary Acids:
-Bond strength matters. The longer the bond (smaller bond strength), the
more acidic a substance is.
-For a Strong Bond, Acid is Weak (cause acidity is determined by the
capability of H being released).
ii) Oxoacids:
-Oxoacids don’t have hydrogens bound to the cEntral nonmetal atom, they
are all bound to Oxygens (which are bound to the cEntral atom). The central
atom is called E.
-The more electronegative E is, the stronger the acid (because it makes the
Oxygen draw the bond pair more strongly towards itself, releasing the Hydrogen
easier).
-The more Oxygens you put on an Oxoacid, the more electronegativity all of
them have, making it even stronger! ( H--O--E vs H--O--E--O (in the second ₃
one; where it is probably Carbon, since it has 4 bonds)). You can also explain
find more resources at oneclass.com
find more resources at oneclass.com
Unlock document

why more Oxygens on E increase the acidity by saying that it increases its
Oxidation State (OS).
-A third explanation of why adding more O’s is on slides (explaining
something bout Anions, these explanations are there so you can focus on a
couple of reasons to what is happening in the reaction, instead of focusing only
on one factor (because one factor will not always be accurate, cause of
exceptions)).
3. Aquated Cations:
-Water (solvent) molecules interacting with the water molecules on the
Aquated Cation (M). Example: M--O-:(---H OH (Note: theres another H → ₂
bonded to the O thats next to the M) |_H
Types of Bases:
1. Hydroxides and Oxides
-General Structure: H--:--O--:--E
-We already know if Electronegativity of E is high, its going to bond O--E
tightly and H will be released (the Oxoacid!)
-BUT if the Electronegativity of E is Low, the O--E bond becomes polar,
and can release the OH. Example: H--:--O-:--)-E OH breaks off of E.
-There is a third case too, Intermediate Electronegativity. When E is
Intermediate, the substance can act as both Acid or a Base! (called
Amphoteric)
-A Similar effect is produced for Oxides (aka E bonded to only O (without
the H)). When Electronegativity of E is low, the O is released, and binds to
water (in an aqueous solution), producing an OH (base).
-If Electronegativity of E is high, the O attracts water to bond to it, producing
a new acidic molecule (which is favorable in releasing the H).
find more resources at oneclass.com
find more resources at oneclass.com
Unlock document