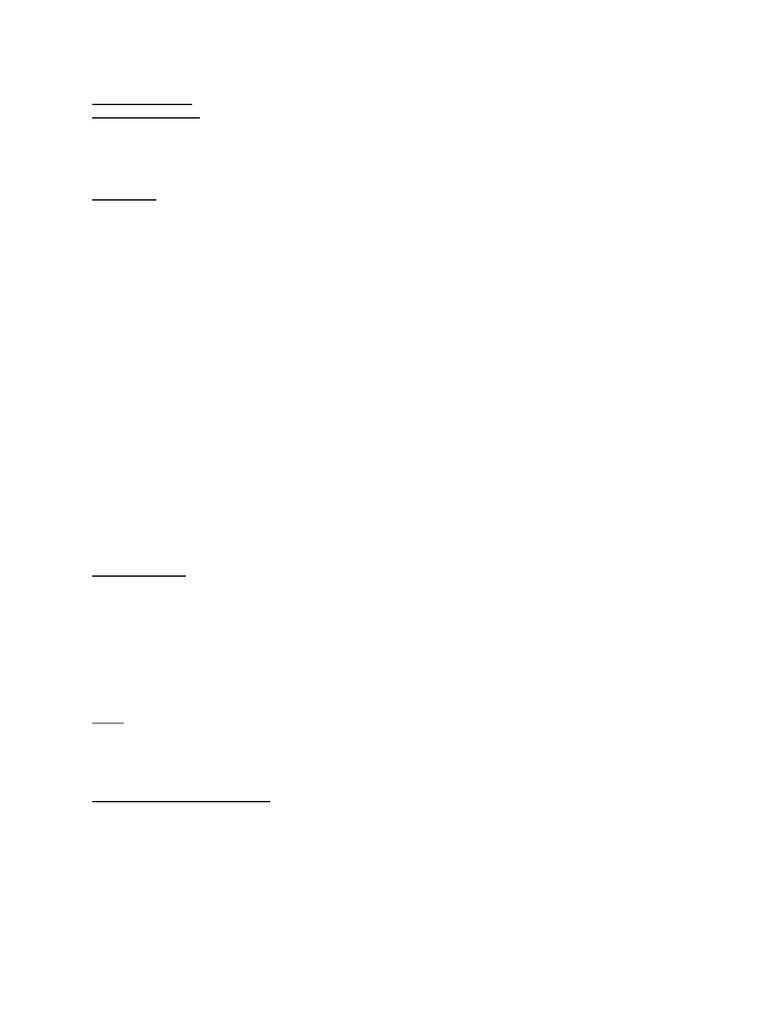 January 23rd/ 2012
Diversity of Viruses
- Viruses are highly diverse in overall morphology & in the nature of their genetic material
- Different method of replication
- Different structure and size
- host range
Host Range
Host range may be wide or narrow:
- Only one species (e.g. human)
- Animal/insect/ human
- Animal/ human (rabies)
- do not cross eukaryote / prokaryote boundary
Factors Affecting Host Range:
- Cell surface receptor ex- polio can only affect human beings most important part of specific relationship
viruses to host (who/what is receptive to virus)
- Availability of replication machinery - herpes - can replicate because is coming with own enzyme has the
ability to cross certain boundaries, use cell to replicate virus (ability of virus to replicate)
- ability to get out of the cell and spread (to move out of one cell and affect others as well) - ex trying to
fight influenza by inhibiting the specific enzyme that allows it to spread - trying to get virus to not be
able to leave cell to make more virus - making protein 1.5% of genome, 8% of genome is made of
sequences of old viruses that weren't able to get out
- Host anti - viral response - every virus that can affect us has some ability to overcome our immune
system; to escape our antibodies, etc- HIV ex of this
all those factors affecting host range affect the type of cell infected, and the tissue infected
disease
- When u feel sick after being infected with a virus; flue, it means your interference system is working
Zoonotic Viruses
- Zoonotic viruses pursue their biological cycles chiefly in animals
- Insects
- Humans are secondary or accidental hosts - if affect human just happen to be at the wrong
environment which normally we are not in
- These viruses are limited to areas and environments’ able to support their nonhuman natural cycles of
infection
- Limited to certain parts of the environment : vertebrates or arthropods or both
Video
- as ppl go into new environments that previously were not available to humans, the viruses in these
new areas now look for new hosts and find them - so, new viruses don't come out of nowhere- as we
create new areas they get out
Implications of Zoonotic Viruses
- host range
>> prevention
>> severity of disease - influenza considered severe disease because different types of cells and large
amounts of cells get infected, destroys cells, new cells created and later on can get secondary infection
>> diagnosis- try find cause of infection; find host
> method of replication
>> treatment - based on the lifecycle of the virus
Unlock document 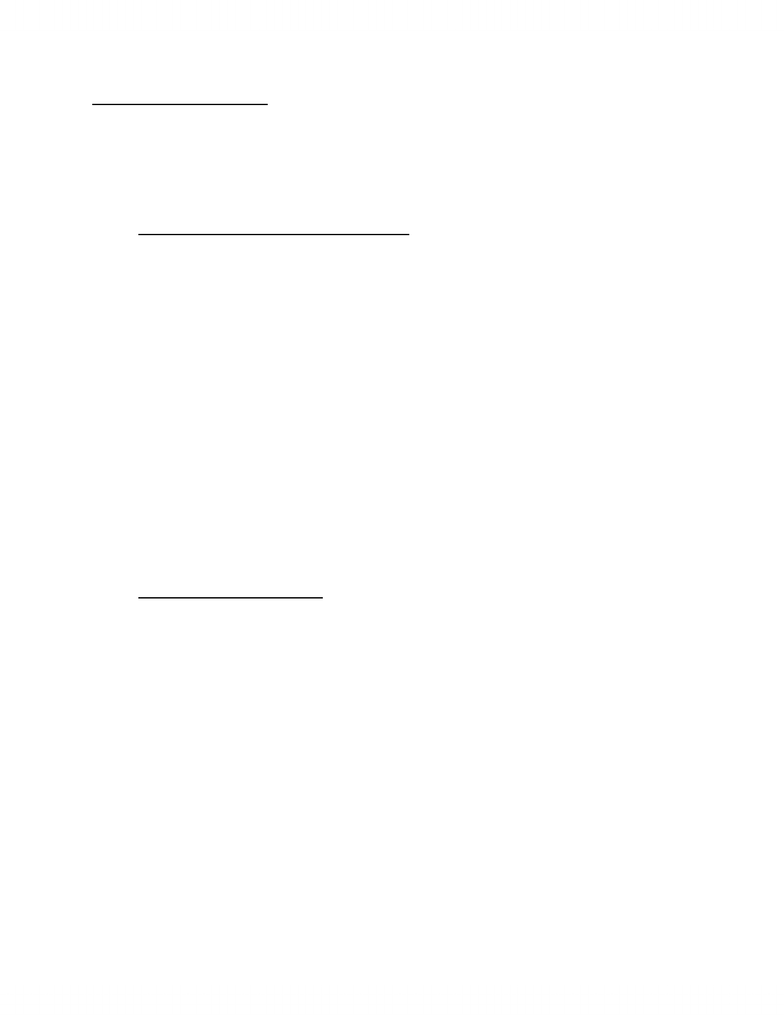 In order to control viral disease:
- need knowledge of virus:
- reservoirs - ex. rabies - we know certain animals can carry virus with no symptoms, living for 40 years
or so, passing it on - so, controlling this population = way to reduce transmission
- mode of transmission - HIV - sexually transmitted, etc
- methods to inactivate the virus >>> vaccines, anti - viral drugs
- development of drug resistance - ppl / virus becomes resistant to drugs
 Effects of the Virus on the Host: January 27, 2012
 May inhibit host DNA, RNA, or protein synthesis.
 Morphological changes, the cells that are infected with viruses look and function differently.
 Cell death from lack of essential proteins
 Lysis:

 Non-enveloped viruses must escape from the host cell by killing the cell through lysis. Enveloped
cells can exit through means of forming vesicles around the virus so that it may exit without
harming the cell membrane
 Viruses also activate the immune system to attack against the infected cells
 Apoptosis - a self destruct sequence that the cell may undergo after realizing it has been infected
 Example: Hepatitis virus
 Produce abnormal proteins, the proteins that the virus is making is causing the disease:

 Ebola virus activates blood coagulation. Be4cause? we have a limited amount of proteins
(platelets? )in the blood, this spontaneous coagulation will result in a lack of coagulating factors,
which often leads to death due to internal bleeding we often have broken blood vessels within
the body that go unnoticed because of the efficiency of our coagulating factors?
 Ebola virus kills 90% of those infected although it doesn’t normally appear as an outbreak outside
of its natural African Localities
 Indefinite growth: cancer
 Consequences of viral infections:
 Asymptomatic (most cases) there is no effect, or the effect is very mild
 Suffering, followed by recovery
 Persistent (chronic) disease
 Congenital disease
 Neonatal Rubella (German Measles) - although appears as only a mild rash in adults, it can have
serious side effects on an unborn fetus especially in the first trimester, altering the development of
neurons. 75% of infected babies are born normal but will experience mental retardation throughout
their life. (25% of schizophrenia patients are born babies infected with Rubella, but more research
is needed to confirm a link between the two)
 Contributory factor in cancer
 Contributory factor in other diseases
 Diabetes, Multiple Sclerosis

 Some viruses are similar to our own proteins, so as we build immunity to the foreign antigens, our
immune system started to attack the similar looking proteins of our own
 Fatal disease
Unlock document 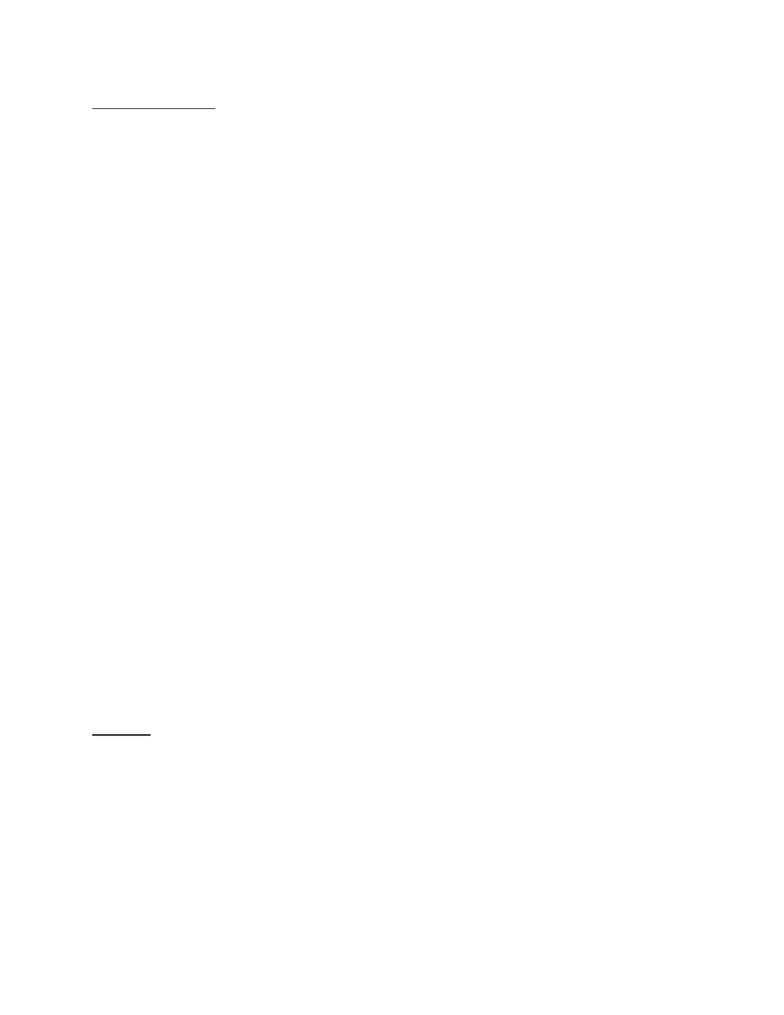 February 1, Wednesday
AIDS Statistics
Sub-Sahrian Africa
- About 2.8 million new cases of HIV infection per year
- Approximately 30 million people are infected right now with HIV
- Several countries in Sub-saharian Africa report infection rates of 20-25%
- AIDS is responsible for a decrease in life expectancy (Botswana, South-Africa, Zambia, Zimbabwe).
- females die earlier than males because females have low will power to resist sexual activity and that’s why AIDS is
spreading quickly and also they’re not accepting the campaign for condoms because its not in their culture.
- more females then males living with HIV
- in Africa major reduction in life expectancies
- young people are killed mainly in this region because of HIV/AIDS and there is a sharp decline in life expectancy
which brings us back to the life expectancy of the 50/60’s
-in Uganda the females start to be more careful and make their males be more careful with everything related to
sexual activity
- The “gogo” (the grandmothers) who are trying to make the terrible situations in Africa a bit better.
- in places that used to be part of the Soviet Union we see more cases of HIV because of drug use. Its easier to find
the drug than to find the clean needles. Even hepatitis B and C is common.
- another problem with HIV/AIDS is the developing worlds
- its under control but if you get the virus you have it for life
AIDS/HIV in Western Countries
(the US is an example)
- Cumulated estimated number of diagnoses of AIDS in the US since 1981 is approximately 1 million.
-- At least 550,000 of them have died.
- An estimated 1,400,000 persons in the US are infected with HIV.
-- Approximately 27% undiagnosed and unaware of their HIV infection.
HIV Fluids
 Average number of HIV particles in 1 ml of these body fluids
o Blood - 18,000
o Semen - 11,000
o Vaginal fluid - 7,000
o Amniotic fluid - 4,000
o Saliva - 1
Prof Notes:
- T cells can provide an indication if you have HIV… It should go down if you have HIV
Unlock document