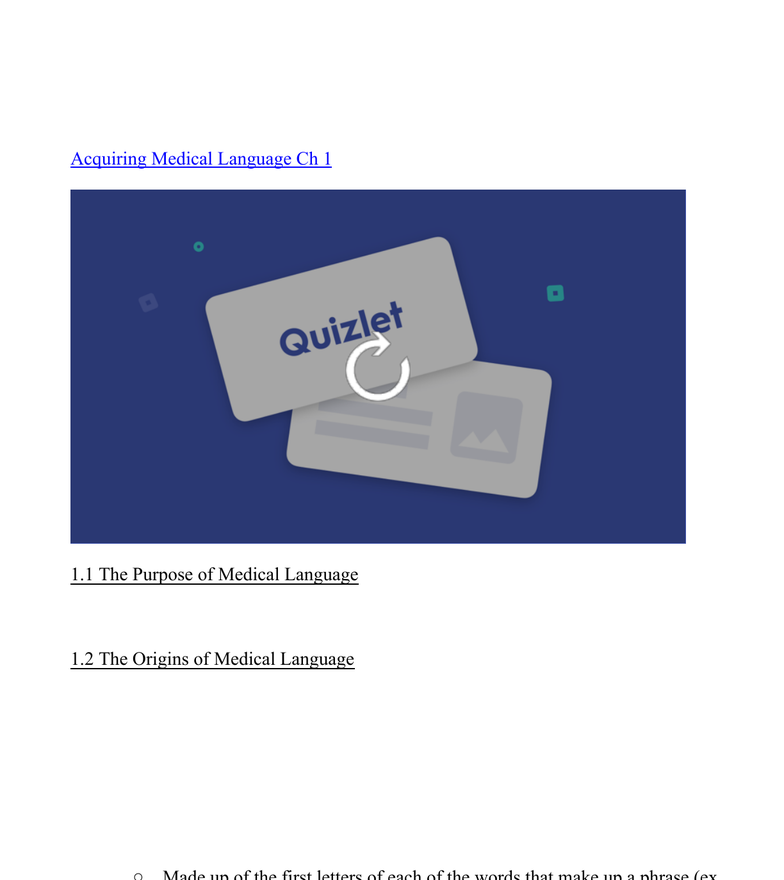 Acquiring Medical Language Ch 1
1.1 The Purpose of Medical Language
Allows health care professionals to be clear, communicate quickly, and comfort
patients
•
1.2 The Origins of Medical Language
Made up primarily of words taken from two ancient languages: Greek and Latin
•
Eponym -epi (upon) + onyma (name)
"To put your name on something"
○
Formed by including the name of the person who discovered or invented
whatever is being described. Sometimes an eponym is named in honor of
the disease's first or most noteworthy diagnosed victim (ex: Lou Gehrig's
disease)
○
•
Acronym -acro (high, end) + onyma (name)
"to make a name with the ends"
○
Made up of the first letters of each of the words that make up a phrase (ex.
○
•
Chapter 1 - Introduction to Medical Language
Monday, January 14, 2019
8:55 PM
Unlock document 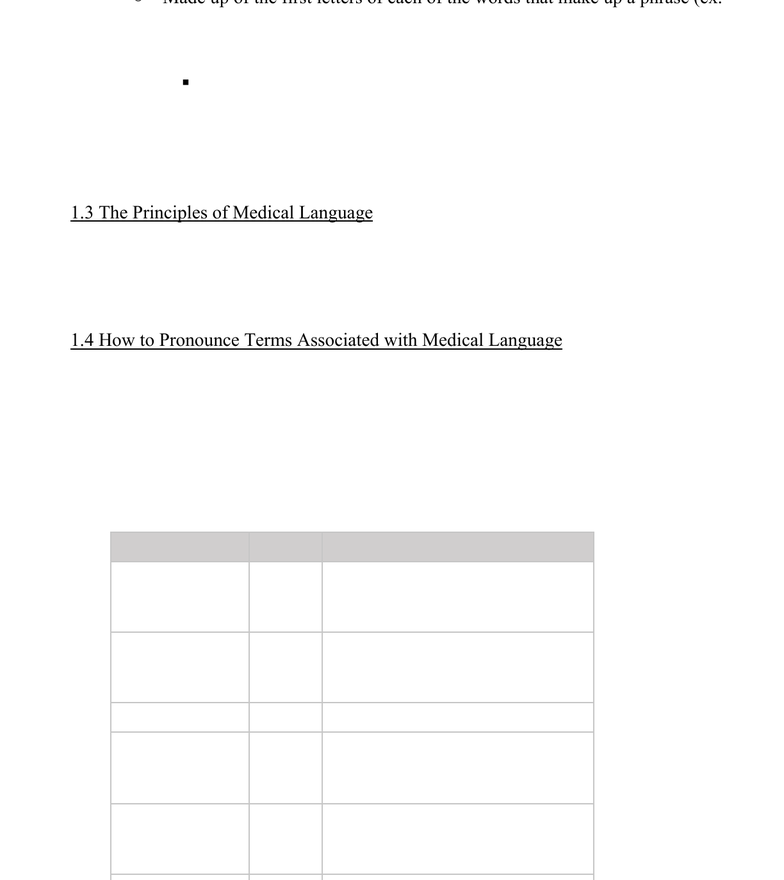 Made up of the first letters of each of the words that make up a phrase (ex.
Magnetic resonance imagins, or MRI)
○
Why Greek and Latin?
The foundations of Western medicine were in ancient Greece and Rome
Hippocratic Oath named after and composed by a man named
Hippocrates who lived in Greece from 460 to 370 BC (father of
Western medicine)
§
○
Latin was the global language of the scientific revolution
○
Dead languages don't change
○
•
1.3 The Principles of Medical Language
Medical language is not words to be memorized, but sentences to be translated
•
If you understand the way the language works, you will be able not only to know
the meaning of a few individual words, but also to break down and understand
words you have never seen before, and even generate words on your own
•
1.4 How to Pronounce Terms Associated with Medical Language
The last syllable is called the ultima, which means "last"
•
The second-to-last syllable is called the penult, which means "almost the last"
The prefix pen- means "almost"
○
•
The third-to-last syllable is called the antepenult
Ante- means "before"
○
Antepenult - "the one before the one that is almost the last"
○
•
When counting backward from the end of the word, the emphasis usually falls on
the third-to-last syllable
•
Letter
Sound
Example
c (before a, o, u)
k
cardiac (KAR-dee-ak)
contra (KON-trah)
cut (KUT)
c (before e, i, y)
s
cephalic (seh-FAL-ik)
cilium (SIL-ee-um)
cyst (SIST)
ch
k
chiropractor (KAI-roh-PRAK-tor)
g (before a, o, u)
g
gamma (GAM-ah)
goiter (GOI-ter)
gutta (GUT-tah)
c (before e, i, y)
j
genetic (jeh-NEH-tik)
giant (JAI-int)
biology (bai-AW-loh-jee)
ph
f
pharmacy (FAR-mah-see)
Unlock document 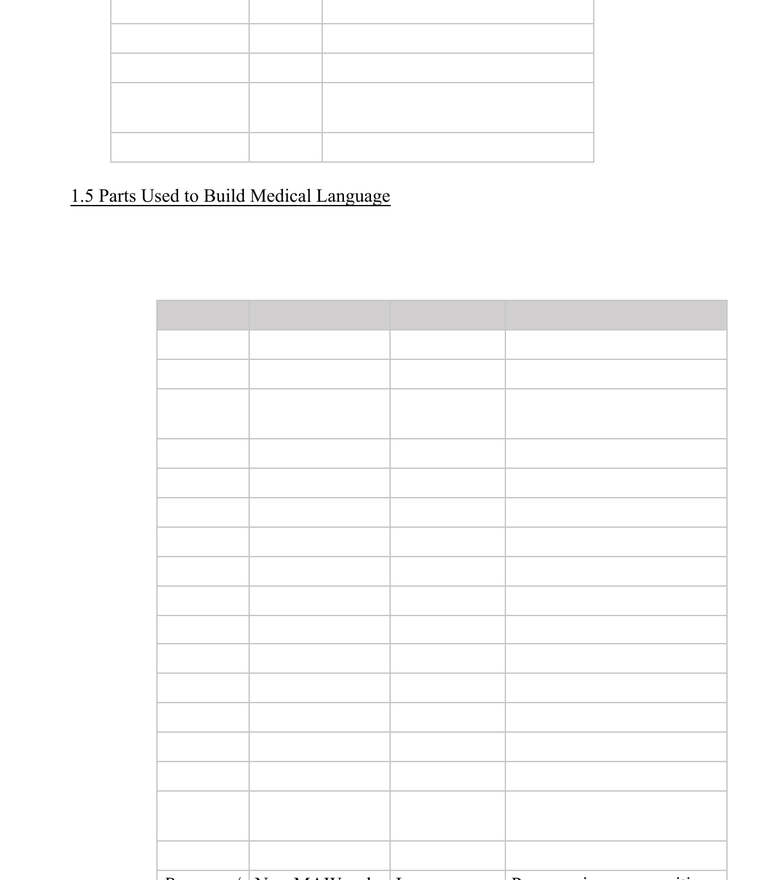