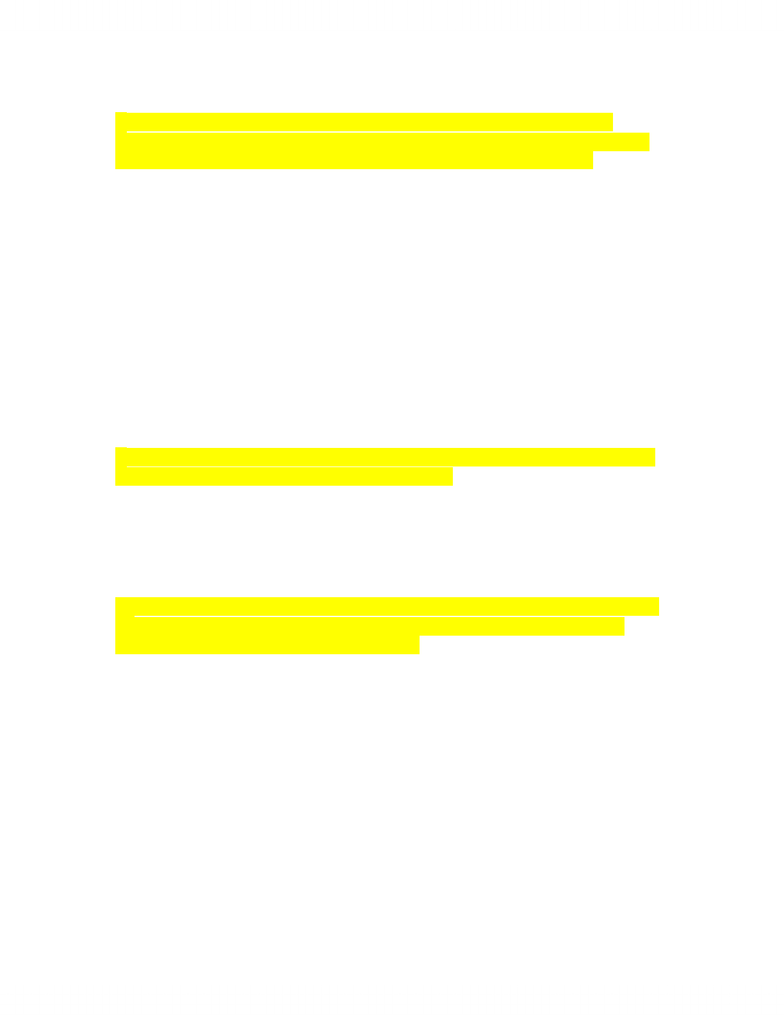 LECTURES
1. ABRAM, or later ABRAHAM, is a symbolic figure in the Hebrew Bible who
becomes the PATRIARCH of Judaism, Christianity and Islam. Who was ABRAHAM
and why was he so important in later Judaic, Christian and Islamic traditions?
Abram/Abraham (ancestor of a multitude of nations) born in Mesopotamia Iraq was the
“Great Father”, The Patriarch (first one), and the “Common Father” in all three traditions.
He and his father, Terah, migrated to Haran. At this time he received the prophetic call
from God (Yhwh/Yahwey). Abraham and his wife Sarah (Sarai) then migrated to
Canaan Palestine-Israel but famine caused Hebrews to go to Egypt. When he was 75, he
returned to Canaan. Sarah was barren so she gave Hagar, slave girl, to Abraham who
gave birth to Ismail. Ismail was later Patriarch for Islam. When Abraham was 99, Lord
appeared to him and made a covenant, contract – circumcision of all males. Once Isaac
was born God tested Abraham by asking him to sacrifice his son, but once he was about
to kill his son, an Angel stopped him saying now we know that you fear God, so don’t put
your hands on the boy. Therefore, Abraham is a symbol of Absolute Faith, and is also
the first monotheist prophet.
Abraham - Ismail ------------------------------------Muhammad
- Isaac ---------------Moses --------------Jesus
2. ABRAHAM made a COVENENT with GOD in GENESIS. What is a COVENENT
and what did it require of ABRAHAM and his people?
Circumcision of all males was the covenant/contract. Sarah will bear Isaac and from then
onwards all males should be circumcised. God told Abraham that Sarah will bear a son
whom he must name Isaac, whereas Ismail will be blessed and given a great nation
(Islam). Therefore, when Isaac was 8 days old and when Abraham was 100, Isaac was
circumcised.
3. Describe the PROPHETIC EXPERIENCE of MOSES with GOD (YHWH) at Mount
Sinai, as it appears in the Hebrew Bible. How does this story differ from MOSES’
encounter with GOD (ALLAH) in the QUR’AN?
Moses was born to parents of the House of Levi, and was placed in a basket which was
put in the reeds of the Nile River. The wife of the Pharaoh saw him and asked her maid
to go get him. Therefore, Moses = drawn out, or to bear or beget (produce). The reason
why Moses was put in the basket was because Pharaoh was once told that a child will rise
up and kill you because Pharaoh thought he was God, and so he decided to kill every son,
but keep all girls. But when his own wife picked up Moses, Pharaoh thought he wouldn’t
be of threat. One day Moses saw an Egyptian beating a Hebrew, Moses killed Egyptian
and fled to Sinai from Egypt. That’s when Pharaoh started hating Moses. One day he
was at Mount Sinai, where the Angel of the Lord appeared to him in a flame of fire out of
a bush, without the bush getting consumed. God asked him to remove his sandals as he
was on holy ground. In fear, Moses hid his face from God. He was then told by God to
go tell the Israelites about God, but when Moses hesitated, God said tell them who I am,
the Wholly Other, the Mysterium Tremendum. In Hebrew Bible, God spoke to Moses
www.notesolution.com
Unlock document 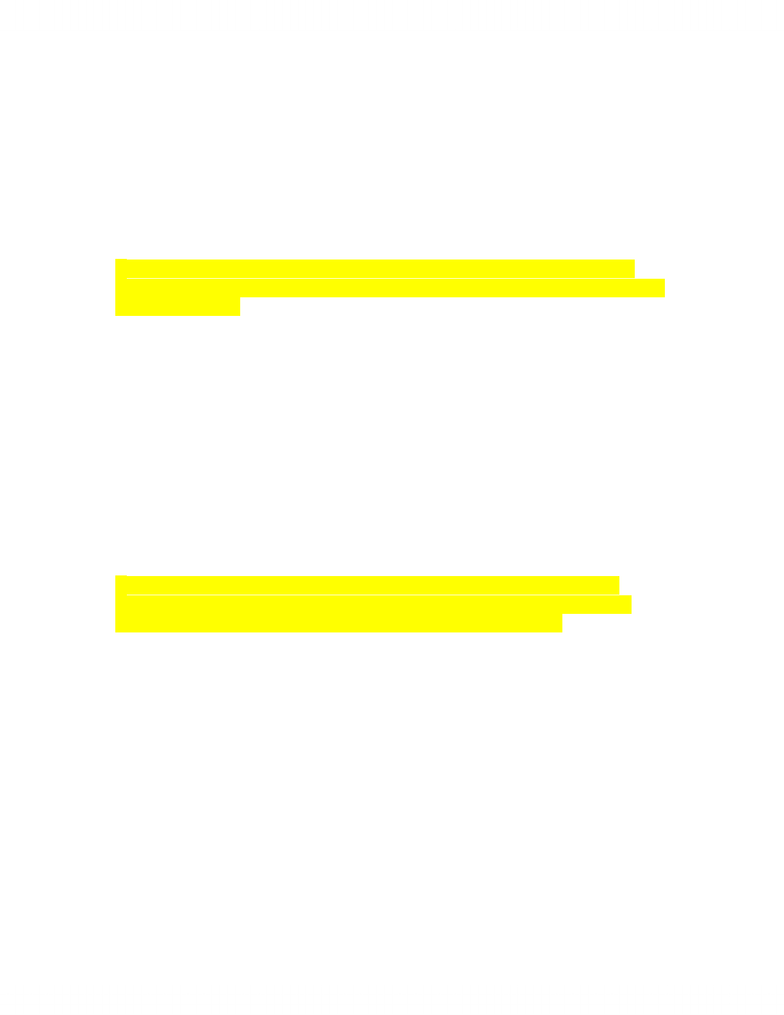 from behind the bushes, in Qur’an, God told Moses to visualize but then mountain
exploded—basically Moses couldn’t visualize God.
Furthermore, Moses (80 years old) and Aaron went to Pharaoh and said the Lord says let
the Israelis go, but Pharaoh said no, so God cursed Pharaoh with 10 plagues: 1) nile river
turns to blood, 2) nile river swarms with frogs, 3) plague of gnats, 4) plague of flies, 5)
death of Egyptian cattle, 6) plague of boils, 7 thunder and hail storms, 8) clouds of
locusts, 9) darkness, 10) death of Egyptian first-born. At midnight, Lord killed all first
born including Pharaoh’s.
4. Describe in detail the second encounter of MOSES with GOD (YHWH) at Mount
Sinai after the EXODUS of the Hebrews from EGYPT. How might you characterize this
religious encounter?
Pharaoh says take people of Israel, but then changes mind, and stops them. The
Egyptians flee but are killed, and the Israelis saved. Moses is then called by God who
says tell them all that you are witness to what just happened to all the Egyptians. Tell
them that the whole Earth is God’s, and that they are a holy nation. On the morning of
the third day, the trumpets were so loud that everyone trembled. Moses brought them up
the mountain to see God. But then they saw smoke, and the mountain quaked. Lord then
told Moses that send the people down lest (out of fear) that they be perished (destroyed).
Then God told them that He is the God, and they there should be no other gods before
Him. He said don’t make graven (carved out) images of things above in the heavens and
in the waters or below earth, and you shall not bow down to them for He is a jealous God.
Also don’t take God’s name in vain. Then he said 6 days you work, but the Sabbath day
is for relaxation, because God made everything in 6 days, and rested the seventh.
Overall, God spoke to Moses alone, and asked him to tell the people of the Revelation.
5. In DEUTORONOMY 31.24, shortly before his death, MOSES is said “to have
finished writing the words of this law in a book (THE TORAH)”. Symbolically, in
Jewish tradition, what does this sentence mean and what is the TORAH?
Basically, after Moses was given the Ten Commandments on the two stones, it was put in
a sacred container called “the ark of covenant (contract)”, and Moses told some people to
put it aside as a reference book. Because he wanted to tell them that since they didn’t
follow the rules they will have that put aside for them for later reference. He was saying
to them that they were rebellious against the Lord when Moses was alive, so what will
happen once he dies. The Torah is either written or oral. This is one of the three sections
in the Tanakh (the Hebrew Bible), and is divided into five books: 1) Genesis (beginning)
– creation of Adam and Eve, and also the covenant of circumcision, 2) Exodus (exit) –
the birth of Moses and the 10 pagues, revelation of the written and oral Torah, as well as
the 10 commandments on the two stones, 3) Leviticus – basic laws were introduced for
example love your neighbour as yourself, 4) Numbers – all the battles, sacrifices, 5)
Deuteronomy – reaffirmation of the covenant, speeches by Moses and his death.
Moreover, Moses symbolizes the prophet who led his people to freedom, the law giver,
the proto-type (example) of prophetic experience.
www.notesolution.com
Unlock document 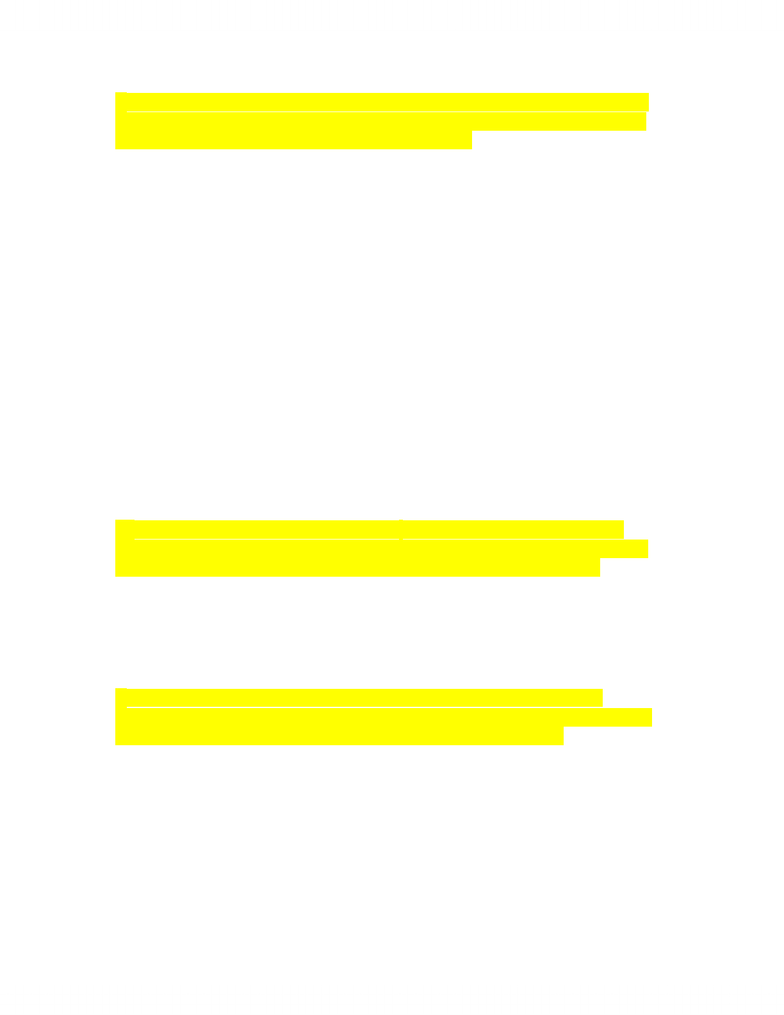 6. According to Biblical Historians, which of the four GOSPELS was written first and
how does that GOSPEL begin? How did the other three GOSPELS begin and of what
importance are the “beginnings” to Christian theologians?
Gospel = good news about Jesus written down by four different people. 1) Mark –
Begins with baptism in Jordan River (pour water from above the head) of Jesus by John
the Baptist, an ascetic (someone who gives up everything and is extreme in practicing
religious views) who preached baptism of repentance for forgiveness of sins. He also
said that after him comes Jesus who will not baptize with water like he does, but will
baptize with the Holy Spirit. Once he came out of the river, God told him that he is His
beloved son – the adoptionist – adopted by son?, 2) Luke – Begins with the birth of John
the Baptist and then the birth of Jesus in the days of King Herod, Jesus was 30 years old
when he began his mission, also Luke talks about Jesus’ genealogy back to Adam,
different from Mathews who only traces it back to King David, 3) John – in the
beginning was the word – God, Jesus was in the beginning with God. All was made
through God, and the word became flesh. Trinity = God exists and the Father, the Son,
and the Holy Spirit. Jesus = sacrificial lamb atoning for the sins of man, 4) Mathew –
Begins with genealogy of eus from Abraham to King David, to Joseph, then birth of
Jesus by Mary who was the betrothal wife (engaged, to be taken home) of Joseph, but she
gave birth as a virgin. Joseph was told that Jesus will be born and should be named that,
and then in a dream he was asked to take his family and flee to Egypt, because King
Herod wants to destroy the child. Also told that Jesus said he has not come to abolish the
Torah or the prophets but he had come to fulfil them.
7. In MATTHEW 16, Jesus asks his disciples “Who do men say that I am?” Only
PETER knew the symbolic meaning of the title, CHRIST. What did CHRIST mean in
Jewish tradition and how has Christian tradition interpreted the title, CHRIST?
Jewish = understand the Messiah as a human being without any overtone of deity or
divinity. Christians = Jesus is the Messiah, the anointed one (poured with sacred stuff to
become sacred in a sense). They describe Jesus as fully human and fully God. Refer to
Jesus to talk about human nature, and refer to Christ to talk of divine nature. Christ, the
son of living God.
8. In the New Testament JESUS CHRIST created two important PROPHETIC
experiences, one to Peter, James and John in Matthew 17, and the other to Paul (known
as Saul) in Acts 9. Briefly describe the key elements of each experience.
The first one was when he took the three up a high mountain, and he was transfigured
(became something else) before the, his face shone like the sun, his garments became
white as light, and that’s when Moses and Eli’jah (who raised the dead) came in and were
talking to him. That’s when a bright cloud overshadowed them, and a voice from above
said this is my beloved son. Then Jesus told them not to tell anyone about this until the
day that Son of man is raised from the dead. And then the people asked we thought that
first Eli’jah must come, and Jesus said he has come already but they did to him whatever
they pleased. So then they understood that he was talking about John the Baptist.
www.notesolution.com
Unlock document

Lectures: abram, or later abraham, is a symbolic figure in the hebrew bible who becomes the patriarch of judaism, christianity and islam. Abram/abraham (ancestor of a multitude of nations) born in mesopotamia iraq was the. Great father , the patriarch (first one), and the common father in all three traditions. He and his father, terah, migrated to haran. At this time he received the prophetic call from god (yhwh/yahwey). Abraham and his wife sarah (sarai) then migrated to. Canaan palestine-israel but famine caused hebrews to go to egypt. When he was 75, he returned to canaan. Sarah was barren so she gave hagar, slave girl, to abraham who gave birth to ismail. When abraham was 99, lord appeared to him and made a covenant, contract circumcision of all males. Therefore, abraham is a symbol of absolute faith, and is also the first monotheist prophet. Isaac ---------------moses --------------jesus: abraham made a covenent with god in genesis.