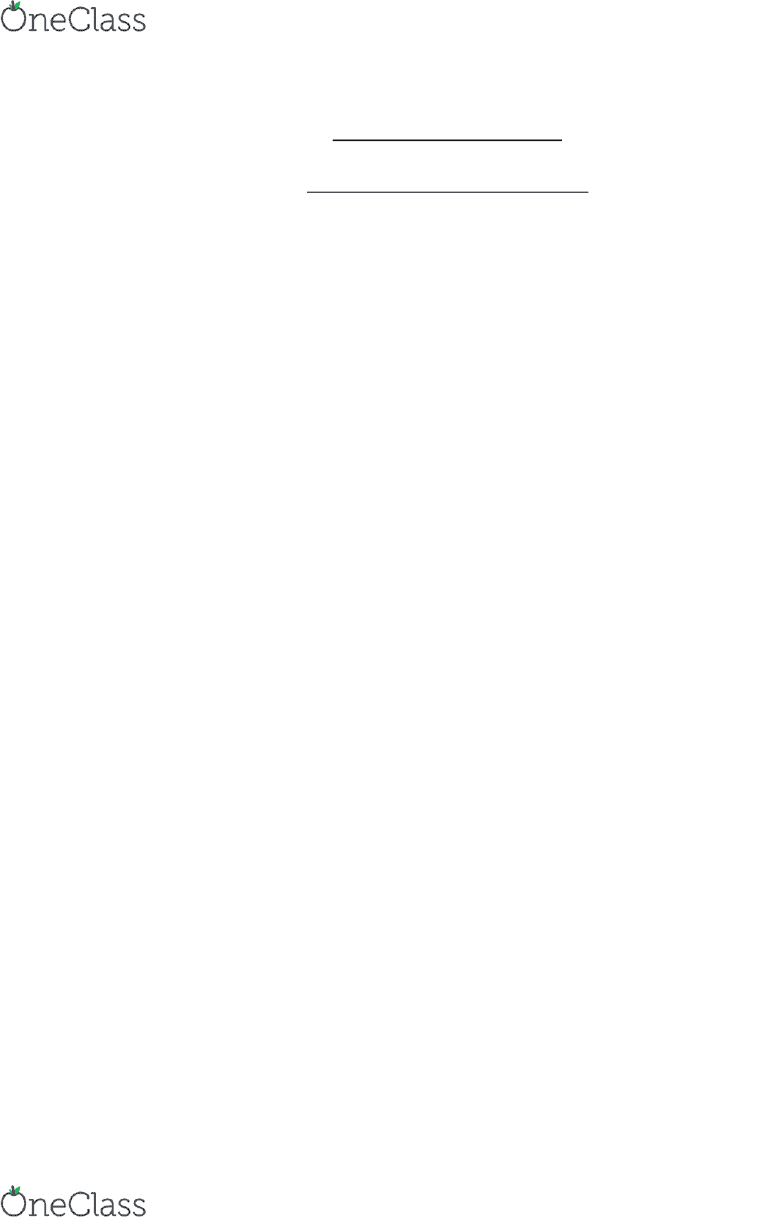 mTuner 2 Notes
Chapter 7 Reading Notes
Main Points:
Paivio postulated the dual-coding theory, which argues that images can be
represented by both verbal and non-verbal systems. Logogens are the units
that are part of the first system, and imagens comprise the latter.
Furthermore, Paivio maintained that words that produce a mental image
have concreteness. In one of his experiments a high correlation was found
between ratings of high concreteness and high imagery. He was also in
favour of the theory that the right hemisphere controls imagery and that the
left hemisphere is responsible for verbal representation, although this view
was later challenged by fMRI studies that used lexical decision tasks for
words of varying concreteness.
Imagery has also been used as a mnemonic technique, by employing the
method of loci (using bizarre images of objects placed in familiar places), for
instance. Distinctiveness has been strongly related to imagery. It has long
been found that the most bizarre or distinctive items in a set of common
items are better remembered (von Restorff effect). This phenomenon also
applies to humour, with more humorous material recalled more easily.
Furthermore, people can use the special places strategy; however, since it
relies solely on distinctiveness, it is a less reliable aid to memory.
A peculiar aspect of psychology is when a stimulus appropriate to one sense
(e.g., a sound) triggers an experience appropriate to another sense (e.g., a
colour). This is referred to as synesthesia, a condition that affects as many as
one in 200 people. The most common form of synesthesia is coloured hearing
(chromesthesia). The cue that brings on such experiences is called an
inducer and the response to it is named the concurrent. Synesthetic
experiences improve memory for certain stimuli. A modern neurobiological
explanation of such phenomena is that what starts out as transient
connections in the brain become permanent when a process called apoptosis
(neuronal pruning) fails to eliminate improper connections. Considering that
even thinking about concepts can lead to synesthetic experiences, people
who experience chromesthesia are deemed strong synesthetes. However,
even if individuals are not strong synesthetes, they might still show similar
cross-modal effects. In fact, most people are weak synesthetes.
An icon is “a snapshot of the information contained in a visual stimulus.”
Similar to iconic imagery, eidetic imagery also persists after the removal of
the stimulus, however it stays longer than an icon does. Both eidetic imagery
and synesthesia are examples of cognitive dedifferentiations, which simply
means that processes for typically independent processes are fused.
Although it is possible that everyone may possess eidetic imagery to a certain
extent, people view ordinary visual memory images differently in their
find more resources at oneclass.com
find more resources at oneclass.com
Unlock document 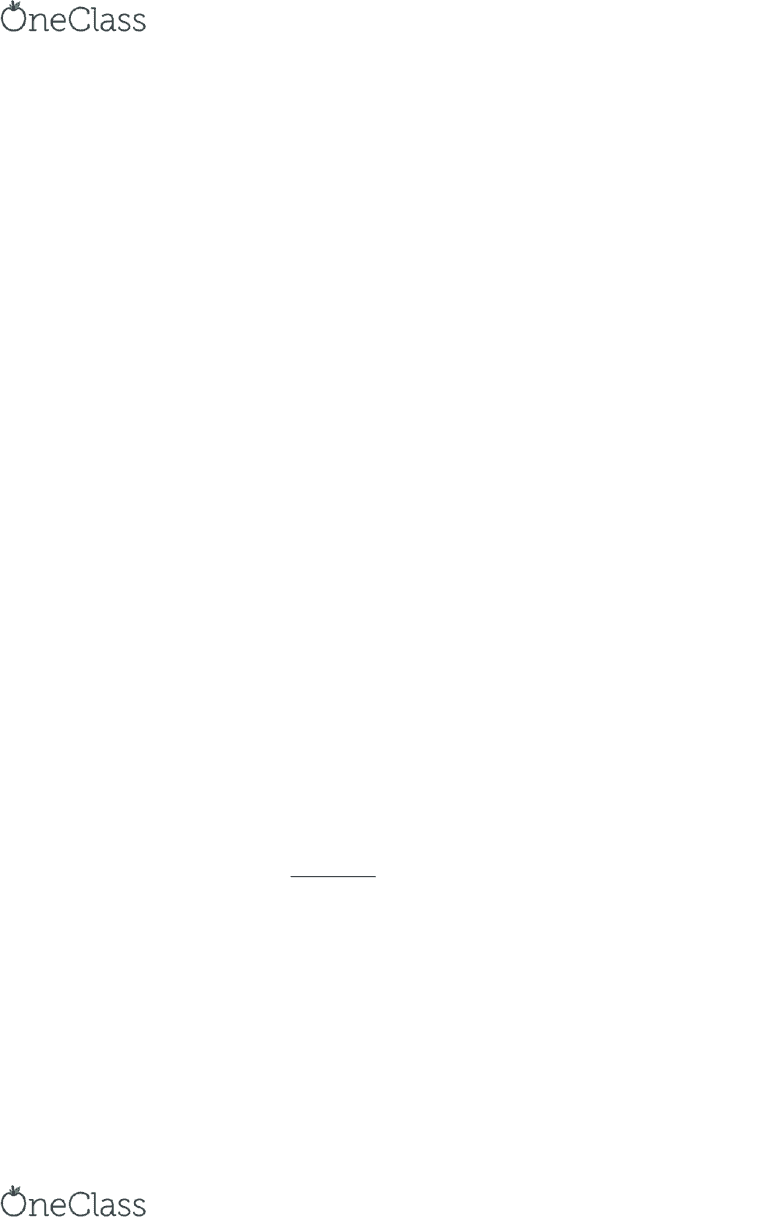 vividness of visual imagery. Furthermore, despite being able to recall many
details from eidetic images, these descriptions are generally no more
accurate than ordinary memories (i.e., this does not represent photographic
memory). Photographic memory as it is commonly understood likely doesn’t
exist, although, there has been a single reported case of superb eidetic
imagery ability. People vary in their ability to use visual imagery. This has
been referred to as the vividness of visual imagery, and can be quantified
using a questionnaire called the Vividness of Visual Imagery Questionnaire.
In addition to perceiving images, people can imagine whole objects that
move. For example, participants use mental rotation to conclude whether or
not two objects are the same. Furthermore, it was found that objective
distance is preserved in people’s mental images. It was then argued that
categorical distance was another important factor that contributes to the
time it takes to scan through a mental image. Images can also be used as
anticipations. Moreover, they can show emergent properties whilst being
constructed. It has often been maintained that imagery is an analog form of
representation. In contrast to mental rotation, there are egocentric
perspective transformations, where people imagine themselves moving in a
mental environment.
Finally, the spatial framework in which people perceive themselves has one
vertical and two horizontal dimensions. Although there has been a great deal
of research on imagery, there is some debate regarding the nature of the
representation of knowledge. One theory is called propositional knowledge,
in which Tolman proposed that behaviour is determined by cognitive maps.
Another view is that people use an egocentric frame of reference to orient
themselves. By adopting this technique, they can also use path integration.
Overall, people have mental models for many situations.
Case Study
Time-Space Synesthesia & Number Forms
instead of recording appointments in a book or electronic device, some
people can visualize a virtual calendar with each month, day, and hour in a
specific location in space and simply place an appointment in the "right spot"
on the space.  time space.
oWhen these people hear, see, or even just think of the names of
various units of time such as days of the week, weeks, and months,
they see them in spatial patterns external to themselves.
oCases of this kind were described by several early investigators,
including Sir Francis Galton
An example of one person's time space is shown in Figure 7.1.
oThis person experiences the months of the year in an oval form, which
appears about 30 cm in front of her face.
oOther individuals experience their time spaces as surrounding their
bodies at about waist height.
find more resources at oneclass.com
find more resources at oneclass.com
Unlock document 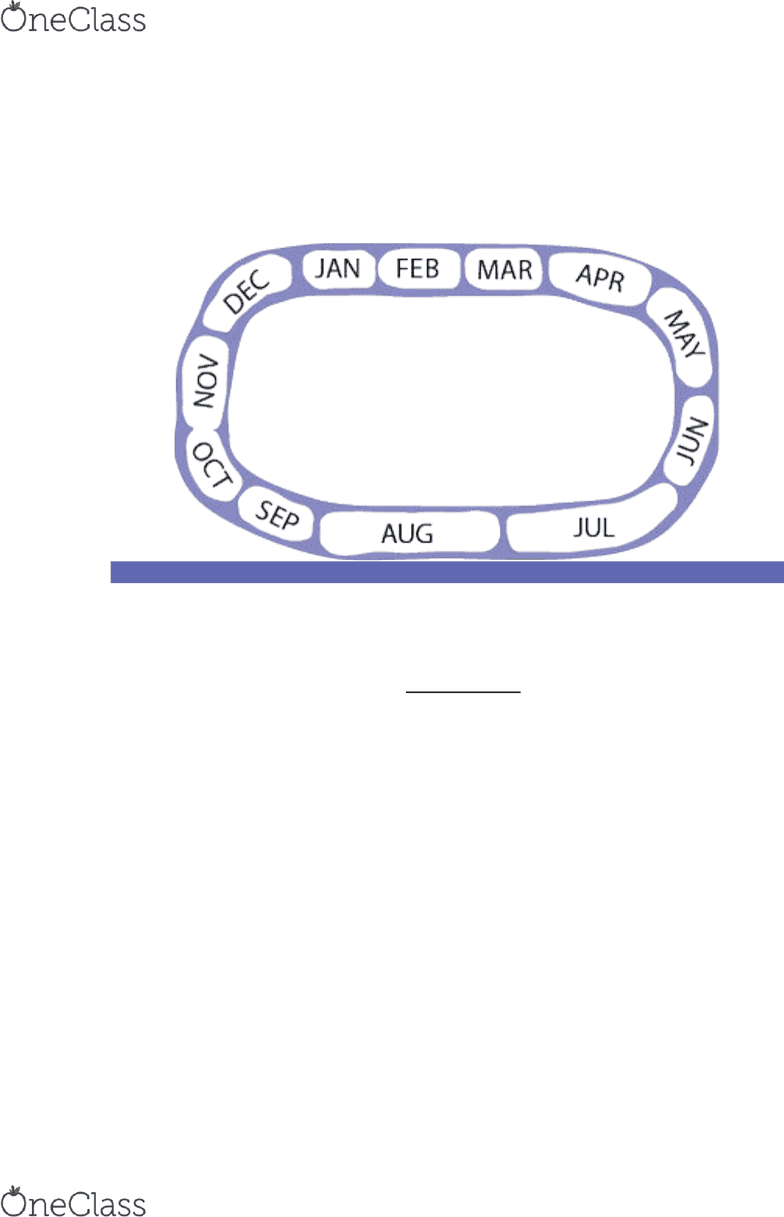 oSome find that when they rotate their torso the space rotates with
them; in fact, it goes with them wherever they go.
oAn interesting aspect of these experiences is that they seem to occur
automatically, which means that they cannot be consciously inhibited.
oPeople with time spaces often report using them as calendars to store
important dates such as birthdays and due dates.
FIGURE 7.1
An example of a time space
Some people also seem to be able to create vivid picture-like images of
number sequences.
oThose who experience number forms see numbers organized in
various geometric forms in front of them.
oFigure 7.2 shows a bird's eye view of the number form experienced by
a woman known as "L"
oShe experiences single-digit numbers as if they were located to her
left, the numbers from 10 to 20 in front of her, and the higher
numbers to her right.
As with time spaces, number forms are often experienced automatically: a
number will simply appear, like a virtual picture, whenever it is thought of.
Of course, it isn't really there: it's just a very vivid image.
find more resources at oneclass.com
find more resources at oneclass.com
Unlock document