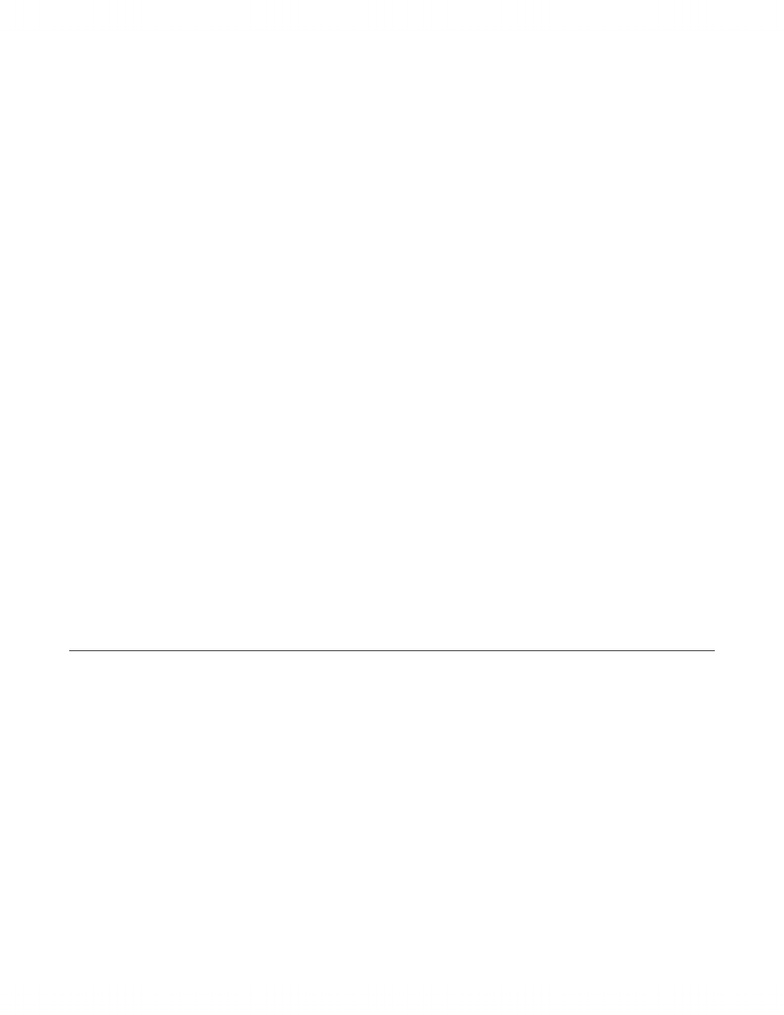 History – Chapter 15: Society and Economy Under the Old Regime in the Eighteenth Century
<Week Nine>
The Western Heritage: Tenth Edition (Volume B: 1300-1815) by Donald Kagan, Steven Ozment and
Frank M. Turner
Overview
The "ancient regime" (old regime in French) is a term applied to European social, economic, and
political development before the French Revolution of 1789. Though conditions varied throughout
Europe, culture was generally traditional and corporate. Population growth drove up staple food prices,
which in turn increased landowners' incomes and allowed them to invest in new techniques and forms of
organization for farming; this was the basis for the Agricultural Revolution. The economy of scarcity,
meanwhile, was being replaced by the demand for consumption, which both fueled and was fueled by
the Industrial Revolution. As the production of first textiles, and then other goods, was re-organized,
female labor was devalued and "women's work" became a pejorative term. Urbanization increased, and
new pressures on the family and other social structures emerged. Aristocrats, the bourgeoisie, and the
artisan class competed for resources and influence; peasants were generally conservative, focusing on
efforts to retain traditional privileges. Jews lived without political rights or social standing throughout
most of Europe, though – as in many aspects of social history during this period – the situation was
slightly better in Britain than on the Continent.
After reading this chapter you should understand:
•The power and privilege of the aristocracy and how they were maintained.
•The struggle of rural peasants to survive.
•Family structure and family economy.
•Population growth and the expansion of cities.
•The impact of the Agricultural and Industrial Revolutions.
•The revolution in consumption.
•Ghettos and the status of European Jews.
Key topics:
•the varied privileges and powers of Europe’s aristocracies in the Old Regime and their efforts to
increase their wealth
•the plight of rural peasants
•family structure and family economy
•the transformation of Europe’s economy by the Agricultural and Industrial Revolutions
•urban growth and the social tensions that accompanied it
•the strains on the institutions of the Old Regime brought about by social change
During the French Revolution and the turmoil that upheaval spawned, it became customary to refer
to the patterns of social, political, and economic relationships that had existed in France before 1789
as the ancien regime or the Old Regime. 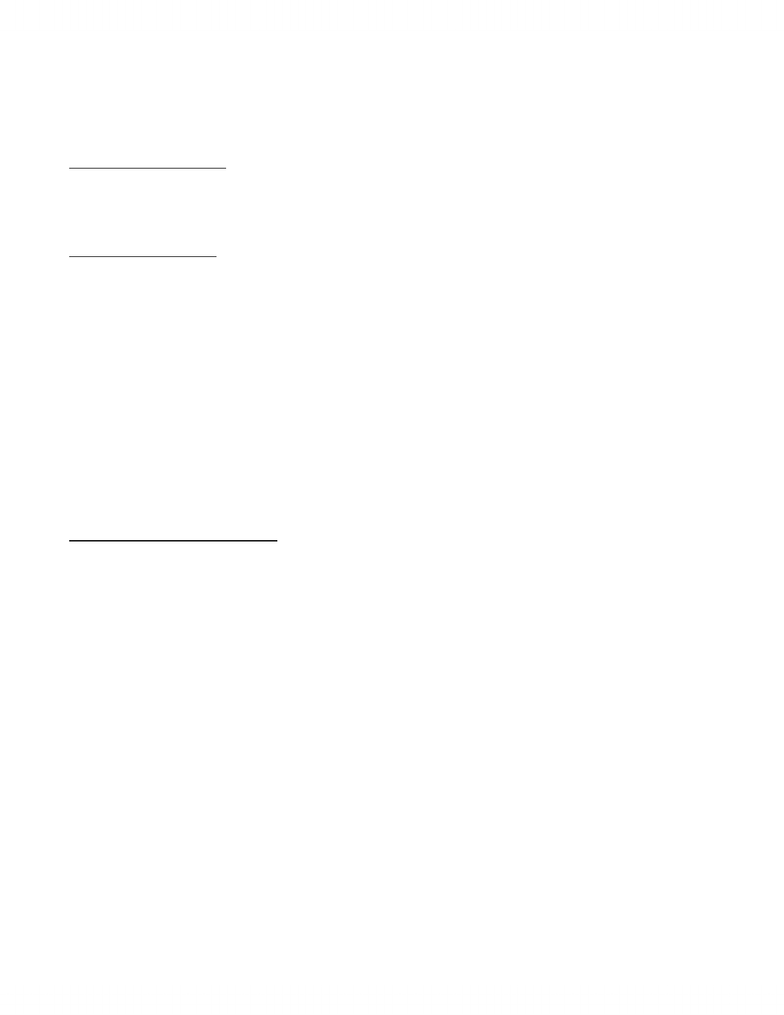 Major Features of Life in the Old Regime
Pre-evolutionary Europe was based on (1) aristocratic elites possessing a wide variety of inherited legal
privileges; (2) established church intimately related to the state and the aristocracy; (3) an urban labour
force usually organized into guilds; and () a rural peasantry subject to high taxes and feudal dues.
Maintenance of Tradition
•past weighed more heavily than future, on minds of people
•the quality and quantity of the grain harvest remained the most important fact of life for most of
the population and the gravest concern for governments
Hierarchy and Privilege
•medieval sense of rank and degree became more rigid; laws regulating dress of different classes
(ineffective)
•no individual rights – rights were guaranteed to particular communities or groups of which s/he
was a part of
ocommunity = village, nobility, church, guild university
•privileges may include exemption from taxation or tithe, humiliating punishment, right to
practice trade/craft, right for children to pursue particular occupation
The Aristocracy
Nobility = 1-5% of population
- had wealthiest sector (had own house)
- widest degree of social, political and economic power (manual labour was below
nobility)
- set tone of polite society
Varieties of Aristocratic Privilege
To be an aristocrat was a matter of birth and legal privilege
•British Nobility: smallest, wealthiest, best defined, most socially responsible in Great Britain
o400 families, eldest male members of each family sat in House of Lords
families also controlled many seats in House of Commons
younger sons moved into commerce, the army, professions, church
oestates amounted from a few thousand to 50,000 acres, receiving rents
onobles owned ¼ of all arable land in the country
oinvested its wealth in commerce, annals, urban real estate, mines industrial ventures
•French Nobility: approximately 400,000 nobles divided between nobles ‘of the sword’ or ‘of the
robe’
othese two groups quarrelled in the past, but cooperated during 18th century to defend
common privileges
odivided between those who held office or favour with royal court at Versailles and those
who did not
by late 1780s, appointments to church, army, bureaucracy and other profitable
positions tended to go to nobles already established in court circles
ohobereaux – provincial nobility (were a little better off than wealthy peasants)
oexempt from many taxes
otechnically liable for payment of the vingtieme or the twentieth (like an income tax) but
rarely paid it in full
onot liable for royal corvees – forced labour on public works – fell on peasants
ocould collect feudal dues from tenants, enjoyed exclusive hunting and fishing privileges
•Eastern European Nobilities: 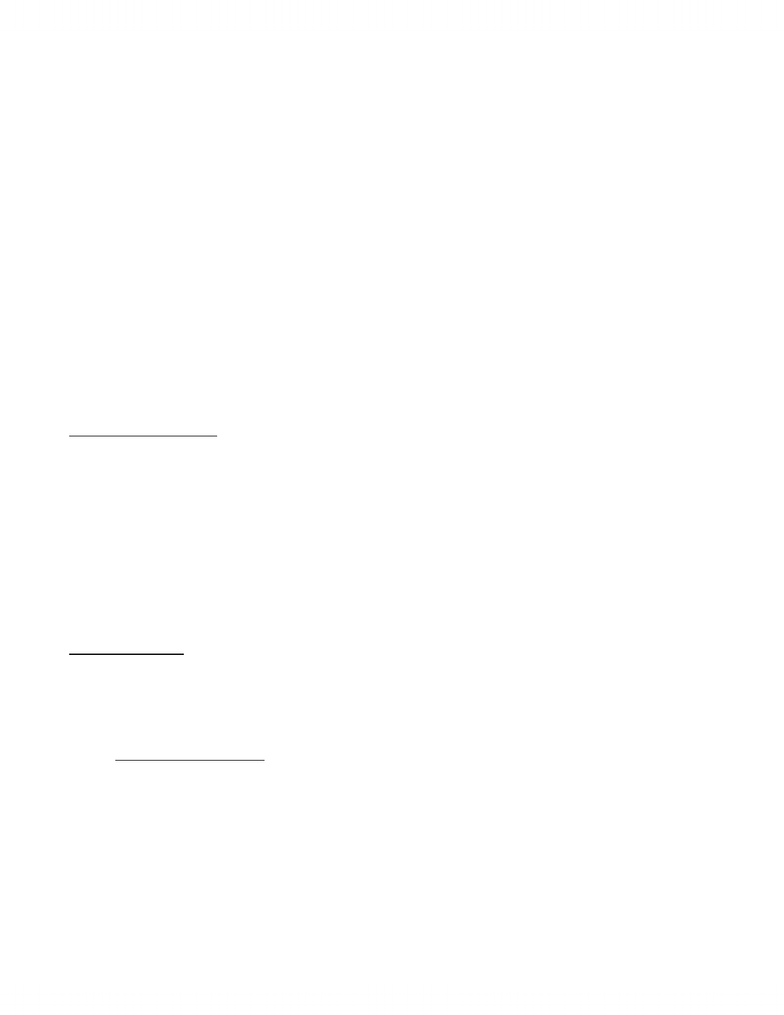 oEast of Elbe River – military traditions of aristocracy remained important
Poland – thousands of nobles (szlachta), exempt from taxes after 1741
•Until 1768 possessed right of life and death over serfs
•Most Polish nobility were poor
Austria and Hungary – possess broad judicial powers over peasantry
•Enjoyed various degrees of exemption from taxes
•Prince Esterhazy of Hungary, owned 10 million acres of land
Prussia – after accession of Frederick the Great in 1740, Junker nobles became
stronger; extended judicial power over serfs
Russia – creation of nobility
•Peter the Great (r 1682-1725) linking state service and noble social status
through Table of Ranks (1722)
•1736 Empress Anna (r 1730-1740)
•1762 Peter III exempted greatest nobles from compulsory service
•1785 Charter of the Nobility, Catherine the Great (r 1762-1796) legally
defined the rights and privileges of noble men and women
•privileges – transmission of noble status to wife & children, judicial
protection of noble rights and property, power over serfs, exemption from
personal taxes
Aristocratic Resurgence
Aristocratic Resurgence: Term applied to the 18th century aristocratic efforts to resist the expanding
power of European monarchies.
- reaction to the threat to nobility’s social position and privilege, took several forms
more difficult to become a noble
pushed to reserve appointments (resisting encroaching power)
use authority to control institutions against power
implemented further tax exemptions to benefit wealth
The Land and Its Tillers
Land was the economic basis of 18th century life, foundation of status and power of nobility
Peasants and Serfs
•The nature of the dependency differed sharply for free peasants, such as English tenants and
most French cultivators, and for the serfs of Germany, Austria, and Russia, who were legally
bound to a particular plot of land and a particular lord.
•Elsewhere, the class that owned most of the land also controlled the local government and courts
•On the continent, the burden of taxation fell on the tillers of the soil
•Obligations of Peasants:
oNearly all French peasants were subjet to certain feudal dues (banalities), including use-
for-payment of lord’s (seigneur) mill – could require a certain number of days each year
of peasant’s labour (corvee – practice of forced labour)
oRental of more land from seigneur also subject to feudal dues attached to those plots
oPrussia and Austria – landlords continued to exercise almost complete control over them
Serving as ‘robot’ to the lord
oRussia – nobles reckoned their wealth by the number of ‘souls’ or male serfs they owned,
rather than land; serfs regarded as economic commodities; demand as many as six days a
week of labour (barshchina); could exile a serf to Siberia
oSoutheastern Europe – Ottoman Empire – peasants were free though landlords tried to
exert power in every way