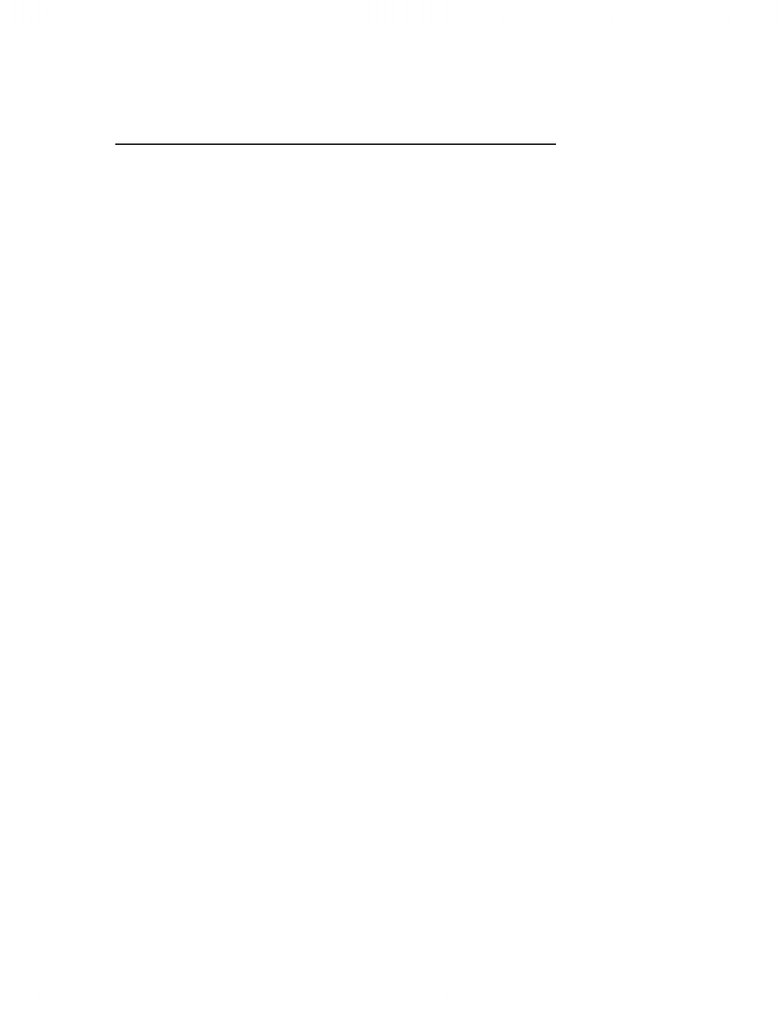 Classical Conditioning: Mechanisms
What Makes Effective Conditioned and Unconditioned Stimuli?
Initial Responses to the Stimuli
 To identify the potential CSs and USs you have to look at the responses
elicited before conditioning – what it can be used for is relative to the other
stimuli in the situation
Novelty of Conditioned and Unconditioned Stimuli
 Learning is faster if the CS and US are novel, rather than highly familiar. This
is called the latent-inhibition effect or CS-preexposure effect. It inhibits or
disrupts learning and evidence for this has been found in rats and humans. If
this occurs, the CS will not be associated as quickly to the US. Very similar to
habituation because both limit processing and attention.
o Latent inhibition involves attention and has been implicated in
diseases which include deficits in attention – schizophrenia
o Latent inhibition is reduced by dopamine receptor agonists (increase
release) and enhanced by dopamine receptor antagonists (decrease
release of dopamine)
o The same thing is the US-preexposure effect which simply states that
if the US is highly familiar the subject will develop conditioned
responses slower
 There is an associative interference mechanism that has
been emphasized during analyses – this means that when you
are preexposing a subject to the US certain cues may exist that
are associated with the US – these cues may then become CSs
and may interfere with learning when you begin the
subsequent conditioning phase
CS and US Intensity and Salience
 The more intense the CS and US are the more vigorous the conditioned
responding is – learning will occur more rapidly with more salient stimuli
(significant or noticeable) – this can be through intensity or by making it
more relevant to the biological needs of an organism, also make it more
similar to stimuli seen in an animals natural environment. This doesn’t also
mean that learning is rapid but also that more aspects of the behaviour
become conditioned and learning is not disrupted as easily by increasing the
CS-US interval
CS-US Relevance, or Belongingness
 Extent to which the CS is relevant or belongs with the US
Unlock document 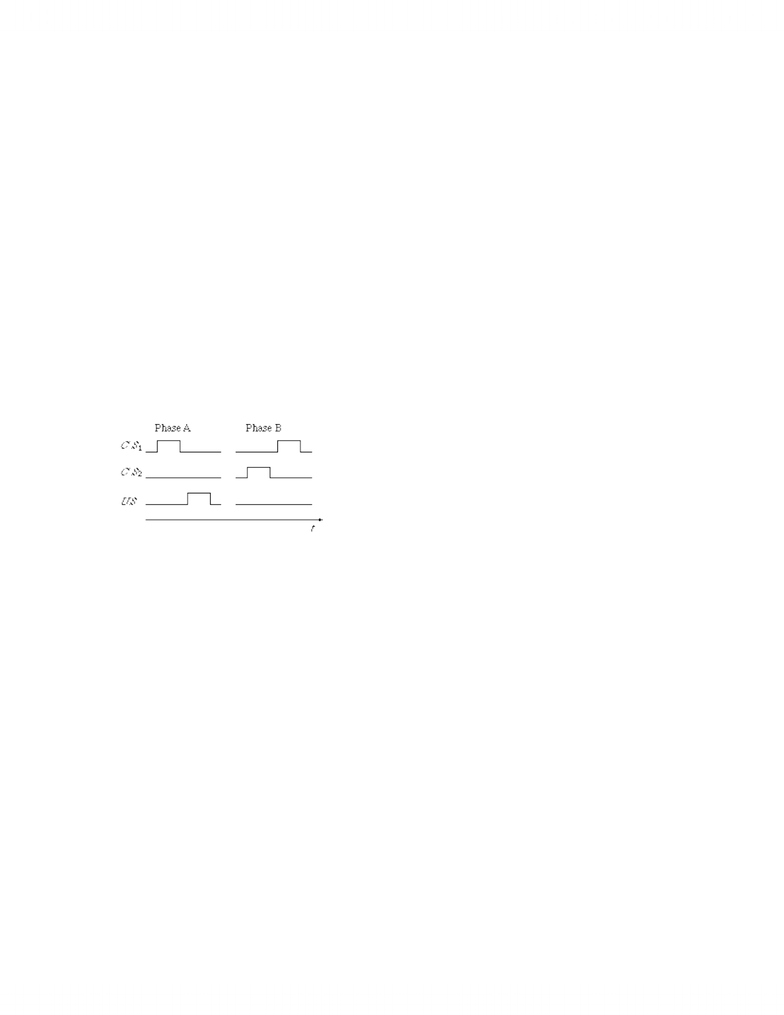  Study involving rats suggested that rats conditioned with sickness learned a
stronger aversion to taste than to audiovisual cues, rats conditioned with
shock learned a stronger aversion to audiovisual than to taste cues
 Studies with cocaine as well have shown some results which indicate visual
cues are relevant to learning about biologically significant positive or
pleasant events and auditory cues are relevant to learning about negative or
aversive events
Learning Without an Unconditioned Stimulus
 Can occur – two different forms of classical conditioning without a US –
higher-order conditioning and sensory preconditioning
Higher-order conditioning
 How irrational fears often develop
 Ex. a lady who develops a fear of crowds (CS) because she was shoved in a
crowd (US) because of that she avoided crowds and only went to movies
(CS2) during day, one day a crowd came in of students and she was scared
(CR)
The crowd is the CS1 and the US is being shoved
and in the second phase, the crowd exists in the
movie theatre but being shoved doesn’t. The CS2 is
the movie theatre and can be elicited
 Conditioning can operate at different levels as shown by this example – the
crowd condition with the shoving is first-order conditioning while the
second condition with the movie theatre is second-order conditioning
 First-order conditioning CS1 is paired with the US, second-order
conditioning the CS1 is paired with the CS2
o Third-order would be CS2 used to condition another stimulus CS3
 Number of non-US trials is a factor influencing which conditioning will occur
– conditioned inhibition or excitatory second-order conditioning – with few
nonreinforced trials, second-order excitatory conditioning will occur
o Simultaneous first- and second-order stimuli will develop
conditioned inhibition
 Very little research CS3 and CS4, etc. but CS2 exists so opens a lot of doors on
how we can condition – only requires that the first CS1 be present
Sensory Preconditioning
 Ex. you associate cinnamon (CS1) and vanilla (CS2) with one another because
they are always in desserts, then you get food poisoning (US) off of
something containing cinnamon (CS1) and you develop an aversion (CR) to
cinnamon but also to vanilla even though the vanilla is not what made you
sick
 Two-stage process – first is the association between CS1 and CS2 without the
US, this association is not usually evident in any behavioural responses
Unlock document

because neither has been paired with a US – second stage involves the
pairing of CS1 with the aversive US (illness) and a CR (conditioned aversion)
develops to CS1 – then when tested with CS2 there will be an aversion
 Important because CS2 was never paired with the US
What Determines the Nature of the Conditioned Response?
The Stimulus-Substitution Model
 In this model it is assumed that the CS becomes a substitute for the US and it
functions like the US did previously – it is assumed to activate neural circuits
previously activated only by the US and elicits responses similar to the US
 The solid arrow indicates preexisting neural connections and the dashed
arrow indicates neural connections established by conditioning – because of
this, the CS comes to elicit responses previously elicited by the US
The US as a Determining Factor for the CR
 If this is the case, CSs conditioned with different USs should elicit different
types of responses
 The nature of conditioned response depends on the US
 Pigeons drink and eat differently, when they eat they open their mouth and
peck rapidly but when they drink then close their beak and lower it into the
water and periodically suck
o Looked at the different CR to different USs
o The CS was illumination of a pecking key for 8 seconds and was paired
with either food or water (US)
o When food was US the pigeons pecked at the key light as if eating –
rapid and beaks open at the moment of contact
o When water was the US the CR was pecking movements but slower
and was made with the beak closed and swallowing often occurred
o The form of the CR often resembled the form of the UR
Learning and Homeostasis: A Special Case of Stimulus Substitution
 Negative feedback loop – our bodies system for maintaining internal
temperature – drop in body temp we engage in reactions to increase it
 We are able to anticipate signals that indicate we will get cold and make
adjustments in advance to avoid a drop in body temperature – feed forward
compensatory adjustments
CS pathway
US pathway
Response
Pathway
Unlock document