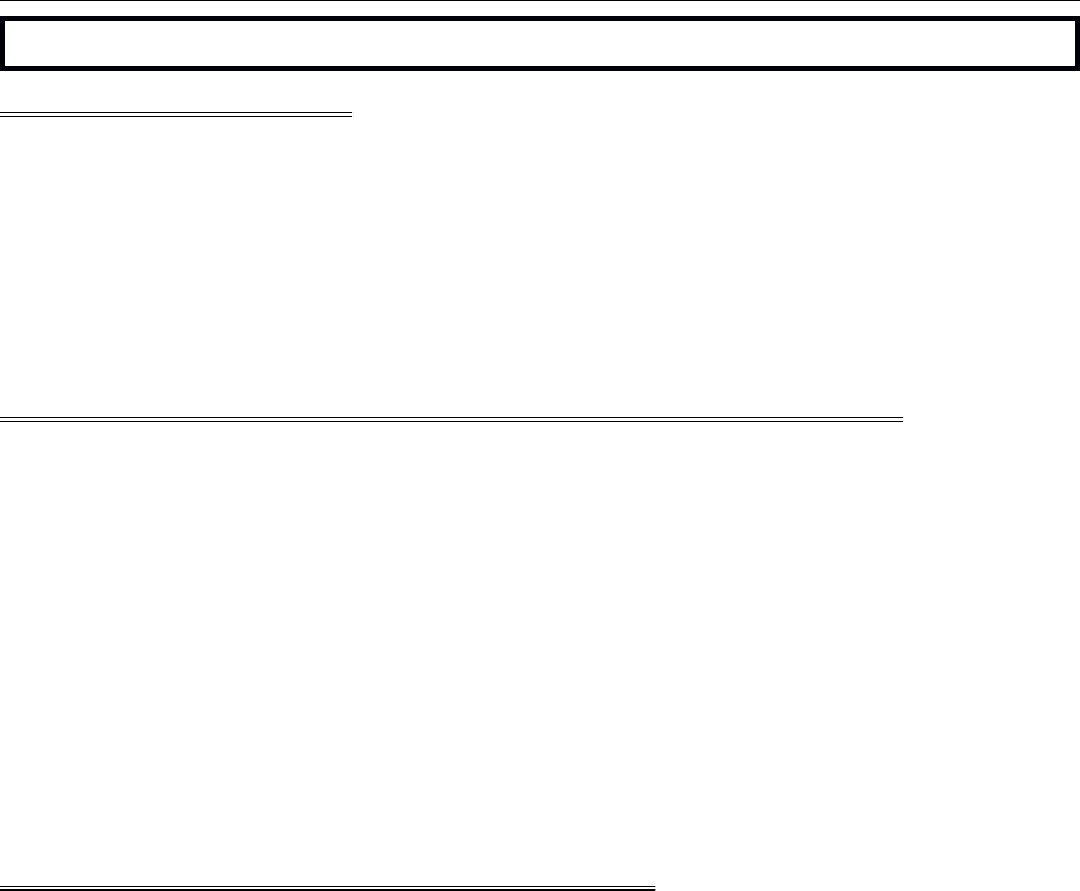 Prof. Kristin Cavoukian POL114
Chapter 3 – The Cold War &
Foreign Policy Analysis
THE COLD WAR: POWER POLITICS ASCENDANT
What is The Cold War?
The Cold War was an ideological, geopolitical, military & international rivalry between 2
superpowers (and their allies & client states) that dominated global politics for 40+ years. Every state
at risk by the nuclear arms race. Animosity existed between ideologies of the communist economies
(the East or Second World) & democratic liberal capitalism (the West or First World). The vast
military capabilities of the superpowers never directly fought each other. Instead, the Cold War was
fought through diplomacy, ideological rhetoric, arms races, proxy wars & interventions, and the
competition for allies & military bases around the world. Millions died in the regional wars,
however.
Themes That Persisted Until the Collapse of the Soviet Union
oCyclical Pattern of Confrontation & Cooperation: The Cold War was characterized by periods of high
tension, alternating with periods of increased levels of cooperation. Relations reached a high point between 1968-
78, a period sometimes called détente, in which both countries sought restraint & increased cooperation.
oNuclear Stalemate: Each superpower was vulnerable to complete destruction by the nuclear arsenal of the
other (especially after the late 1960s). Nuclear deterrence was the dominant military strategy of the Cold War.
oDevelopment of Informal Rules & Mutual Understandings: Superpowers established formal &
informal agreements that guided relations. For example, it was understood that both possessed spheres of influence
(such as Eastern Europe & Central America) where the other side would not overtly interfere. When these
understandings were violated in the view of one of the superpowers, tensions between the countries increased.
oPolitical Pragmatism vs. Ideological Rhetoric: Both superpowers professed the superiority of their
ideologies. However, they also sacrificed ideological principles if geopolitical considerations demanded it,
supporting allies with political systems antithetical to their own.
oInvolvement in Regional Wars: Both used or supported allies & client states in wars directed against their
opponent’s allies & clients. These wars are referred to as proxy wars.
Other Countries in the International System
Many countries voluntarily sought security arrangements with the superpowers. Most countries of
Western Europe joined the U.S. in the North Atlantic Treaty Organization (NATO), which bound
its members to come to the assistance of any member should it be attacked. The Warsaw Treaty
Organization (WTO), more commonly called the Warsaw Pact, joined countries of Eastern Europe
with the U.S.S.R in an alliance against NATO. Warsaw Pact countries were much more tightly
controlled from Moscow than NATO countries were by Washington. The U.S.S.R used force to keep
puppet governments in power in Hungary (1956) & Czechoslovakia (1968).
Both superpowers established a network of client states. U.S. gave large amounts of aid to Israel,
Iran (before the Iranian Revolution), Pakistan & South Korea. U.S.S.R. supported North Korea,
Cuba, Vietnam & Syria. A few countries followed a neutral path, like Switzerland, Austria &
Sweden. Some like India, Indonesia & Egypt sought to distance themselves by forming the
Nonaligned Movement (NAM), but never succeeded in becoming a major political force.
Chapter 3 – The Cold War & Foreign Policy Analysis
find more resources at oneclass.com
find more resources at oneclass.com
Unlock document 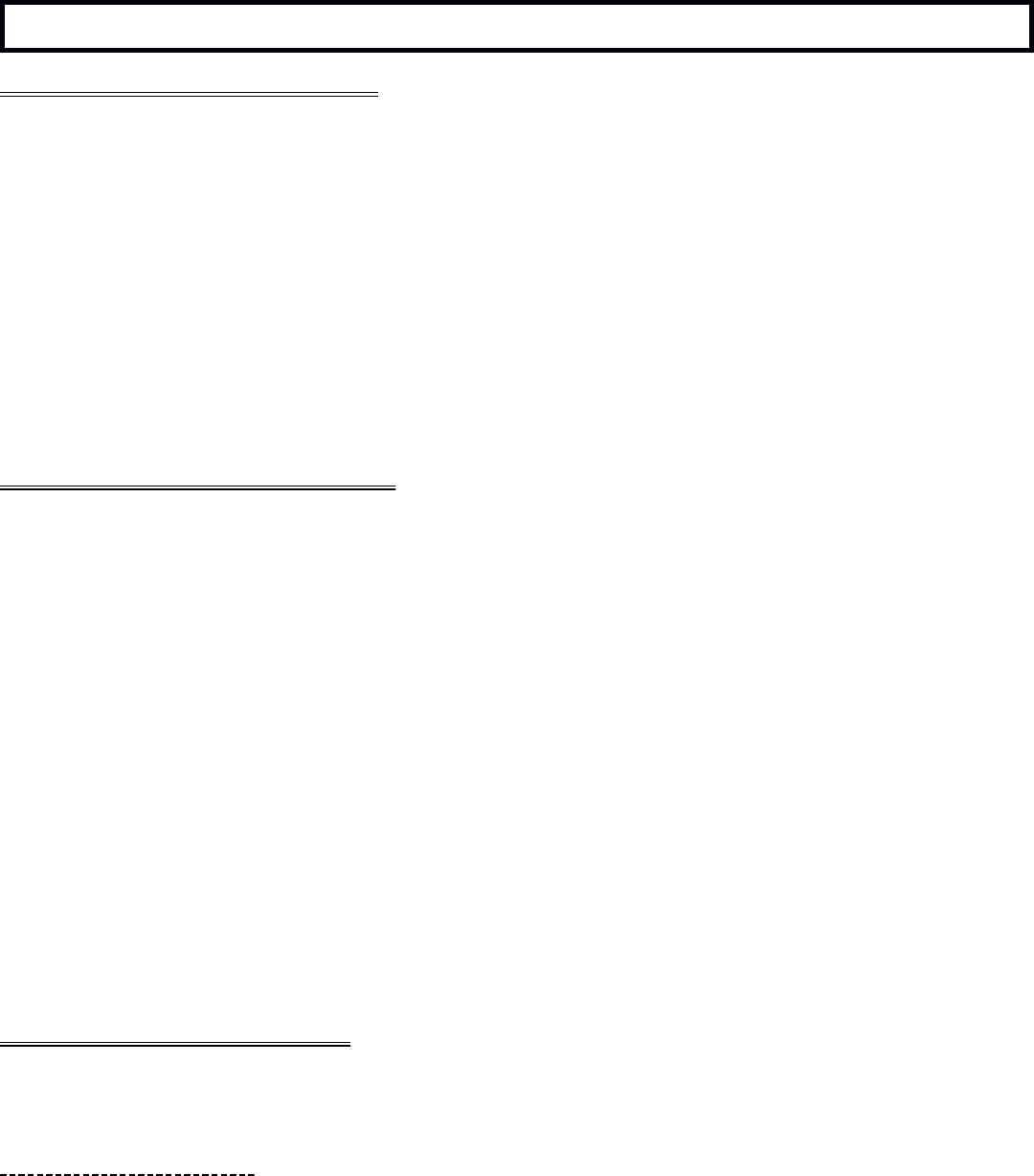 Prof. Kristin Cavoukian POL114
ORIGINS OF THE BIPOLAR ERA
The Ideological Dimension
The Cold War was a rivalry between 2 political, economic & social systems. It was a conflict
between different ways of life & a competition to determine which system performed best. The West
viewed Marxism-Leninism as an authoritarian ideology that stifled individual freedom. The East
viewed Capitalism as a force controlled by the top, that wanted to destroy Lenin’s revolution in
Russia. The U.S.S.R. saw its role as a force that would accelerate communist revolutions around the
world. The competition between the two manifested in extreme nationalism (or patriotism) in both
countries. Even in periods of détente, it surfaced in sports, arts, scientific achievement, and space
travel.
U.S.S.R. hawks argued that its ideology was a blueprint for offensive Soviet action, that the
Russians were an expansionist power. U.S.S.R. doves argued that Soviet behaviour was driven by
power politics (not ideology), and that the Russians were mostly defensive.
The Geopolitical Dimension
Robert Tucker said, “the principal cause of the Cold War was the essential duopoly of power left by
WWII”. Basically, the structure of the international system at the end of WWII led each superpower
to regard the other as a rival. Ideological differences between them only exacerbated the issue.
In the U.S., the threat was seen through Halford Mackinder’s view; U.S.S.R occupied the ‘heartland’
& was poised to expand along the ‘interior ring’ to dominate the ‘world island’. They viewed the
Soviets as having great geopolitical advantage. This prompted U.S. to form multilateral (ex: NATO)
& bilateral alliances around the perimeter of Eurasia. Western Europe saw the U.S.S.R. as a direct (&
geographically close) threat. Japan, occupied by U.S. from 1945-52, also felt threatened. Japan &
U.S. signed a bilateral security treaty in 1951. Canada & U.S. made multiple security agreements,
like the 1958 North American Air Defence Agreement (NORAD). The U.S. also allied with non-
democratic countries, that had dictatorial or military governments.
Soviets, however, felt encircled by enemies & security concerns. In Europe are NATO countries, in
southern Europe are NATO countries of Greece & Turkey that dominate the straits between the
Black Sea & the Mediterranean. In the Middle East lies the Muslim world, which influences the
Islamic republics of the U.S.S.R. To the East is Japan & China (which had become an ideological
competitor).
The Strategic Dimension
Though the two poles maintained large conventional military forces, the strategic character of the
Cold War was defined by nuclear weapons. These weapons are so powerful that they’re usefulness
does not come from their firepower, but rather their ability to act as a deterrence.
2 Types of Deterrence
oDeterrence by Denial: A deterree will not attack because it’s convinced it can’t win. Pre-nuclear weapons, this
was the primary deterrence.
oDeterrence by Punishment: A deterree will not attack because the cost of attacking is unacceptable. This is
made feasible by nuclear weapons.
By the mid-1960s, both superpowers had equivalent nuclear arsenals, capable of inflicting
unacceptable damage. The logic was that deterrence by punishment would discourage a first
Chapter 3 – The Cold War & Foreign Policy Analysis
find more resources at oneclass.com
find more resources at oneclass.com
Unlock document 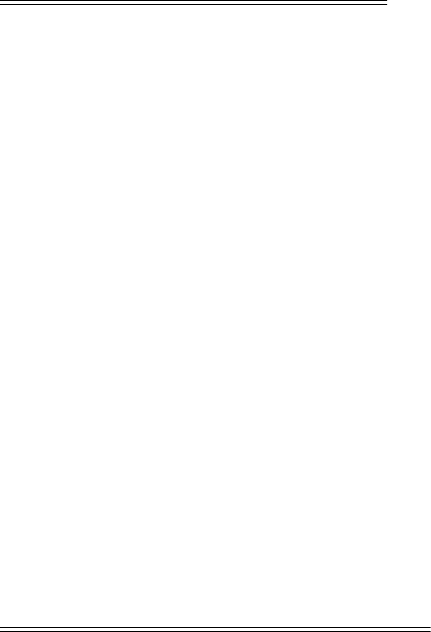 Prof. Kristin Cavoukian POL114
strike. This is known as mutual assured destruction (MAD), as both countries could wipe out the
other.
Nuclear Weapons Treaties
The Strategic Arms Limitation Treaty (SALT) & the Strategic Arms Reduction Treaty (START)
were some of the most important treaties. Signed in 1972, SALT I placed limits on the number of
intercontinental ballistic missiles (ICBMs) & submarine-launched ballistic missiles (SLBMs)
deployable for 5 years. It also placed limits on the deployment of anti-ballistic missiles (ABMs) in
the ABM Treaty. In 1979, the more comprehensive SALT II agreement established a ceiling of 2250
on the number of ICBMs, SLBMs, heavy bombers & air-to-surface ballistic missiles (ASBMs)
permitted for each side. In retaliation for the 1979 Soviet invasion of Afghanistan, the U.S. Senate
never ratified SALT II, although both countries continued to abide by the basic provisions of the
treaty. President Ronald Reagan established a Strategic Defense Initiative (SDI), which envisioned
the deployment of ground & space-based missile & directed-energy weapons that could shoot down
incoming missiles & nuclear warheads. This was controversial, as some said that it would destroy
the MAD principle & could never be 100% effective. Others said that it would act as a deterrence &
reduce the likelihood of war. By mid-1980s, political developments began to undermine the SDI
program. The possibility of a nuclear war receded as the diplomatic relationship between the Reagan
administration & the new Soviet government of Mikhail Gorbachev steadily improved. In 1987, the
superpowers signed the Intermediate-Range Nuclear Forces (INF) agreement, eliminating all U.S.
& U.S.S.R. medium-range nuclear missile systems in Europe. In July 1991 the superpowers signed
the START treaty, which committed both sides to reducing their nuclear arsenals by 33%.
The International Dimension
George Kennan, a junior official in the American embassy in Moscow, argued that the U.S.S.R.
regarded the U.S. as its foremost opponent. He argued that the Soviets represented a dangerous blend
of an autocratic ruler (Stalin), a revisionist & messianic ideology (Marxism-Leninism), and a violent
& expansionist history. Kennan recommended the political containment of the Soviet Union until
the internal nature of the Soviet Union changed, and, along with it, its foreign policy. U.S. President
Harry Truman’s Truman Doctrine was designed to do just that (containment of communist
ideology), as well as “support free peoples” all over the world.
As tensions escalated, further crises followed, like the American decision to establish the Federal
Republic of Germany (West Germany), Soviet decision to establish the German Democratic
Republic (East Germany), a 1948 communist coup in Czechoslovakia, Soviet blockade of West
Berlin of June 1948, communist victory in China in 1949, Chinese coercion against Tibet, numerous
Taiwan Strait crises, and the 1950 Korean War. In 1961, East Germany built the Berlin Wall. The
Cold War era was also characterized by mass decolonization as the former European empires finally
crumbled, and both superpowers competed for allies among newly independent countries.
To prevent communist takeover of Europe (via direct conquest or ideological spread), U.S. launched
the Marshall Plan to give money to rebuild Western Europe. In 1949, NATO was established.
In China, nationalists under Chiang Kai-shek & communists under Mao Zedong (or Tse-tung) had
battled invading Japanese forces during WWII. However, the evacuation of Japanese forces of the
left nationalists & communists to battle over control of China. Despite assistance from the U.S.,
Chiang Kai-shek was defeated by the communists & forced to flee to the island of Formosa, now
known as Taiwan. U.S. extended political & security guarantees to Taiwan, and to this day U.S.
Chapter 3 – The Cold War & Foreign Policy Analysis
find more resources at oneclass.com
find more resources at oneclass.com
Unlock document