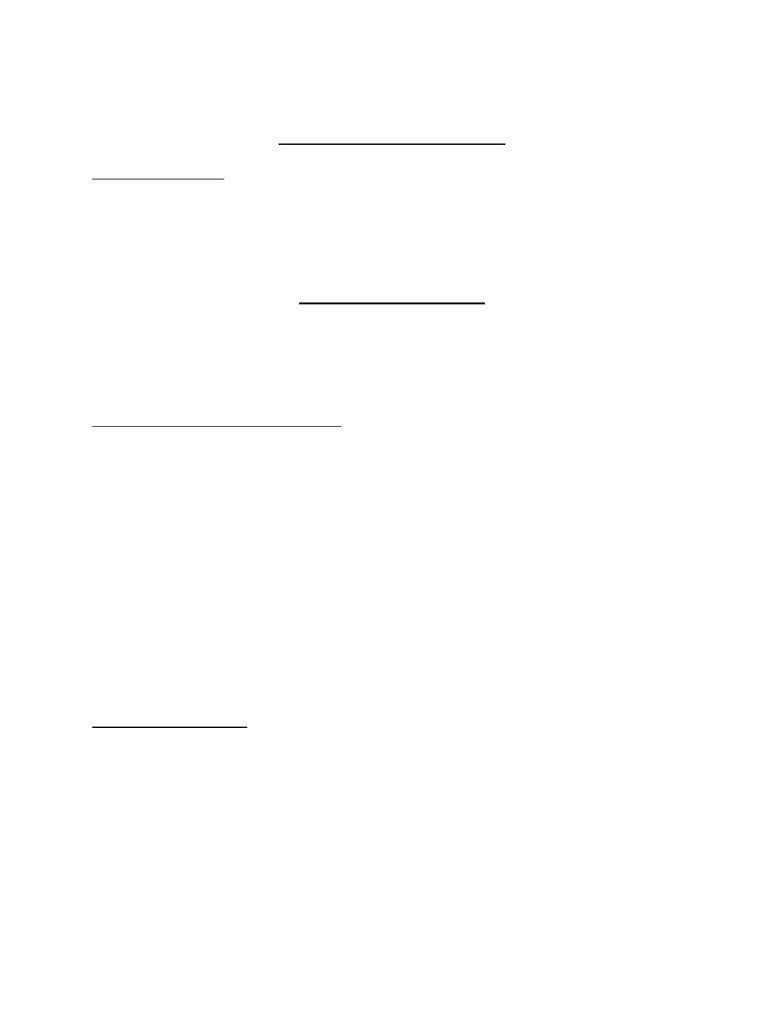 SOCA01 Notes from Textbook Your Compass for a New World, Brym
Chapter 1 A Sociological Compass
Goals of this chapter:
-The outcome of breakdowns among individuals: suicide.
-Social relations have great influence among suicide rates.
-Sociological research is done to improve the social world. Sociologists use scientific methods to
test ideas to increase the validity of their result.
-Understanding social phenomena and find ways of improving society.
The Sociological Perspective
-Suicide appears to be an anti-social, individual act. It happens to be a private act away from
publicity, condemned by nearly everyone in society, and comparatively rare.
-In 2004, there were 11 suicides for every 100,000 people in Canada compared to 16 per 100,000
people in the world.
The Sociological Explanation of Suicide
-At the end of the 19th century, Emile Durkheim (1951-1897) said suicide was more than an
individual act triggered by psychological disorder.
-However, his analysis of European government statistics, hospital records revealed nothing
related to his theory.
-Ex. More women in insane asylums, but there were 4 male suicides for every 1 female suicide.
Jews had the most psychological problem in all religions, however they had the lowest number
of suicides.
-Psychological disorders occurred most when a person reached maturity, but suicide rates
increased steadily with age.
-Durkheim then said those with more social solidarity in them have less suicide rates.
-Social solidarity refers to the degree to which members share beliefs and values, and the
intensity and frequency of their interaction.
-Ex. Married couples have lower suicide rates compared to those who are not. This is because
marriage creates social ties. Also, women are less likely to suicide because they are more
involved with intimate social relations.
Suicide in Canada Today
-In France, suicides are 4 times more likely to happen in men compared to women.
-However, Canadian data differ from the French. Canadian data has differed substantially since
the ¶VSURYLQJWKDW\RXWK¶VVXLFLGHKDYHLQFUHDVHGUDPDWLFDOO\VLQFHWKHQ
-Reasons may include levels of unemployment have increased since 1960 among youths. It has
risen approximately 13.4% in 1994.
-Church, synagogue, mosque attendance have decreased, particularly among youths.
-Rate of divorce has increased as well. As a result, children are brought up in single-parent
families. (Less interaction and social solidarity)
www.notesolution.com
Unlock document 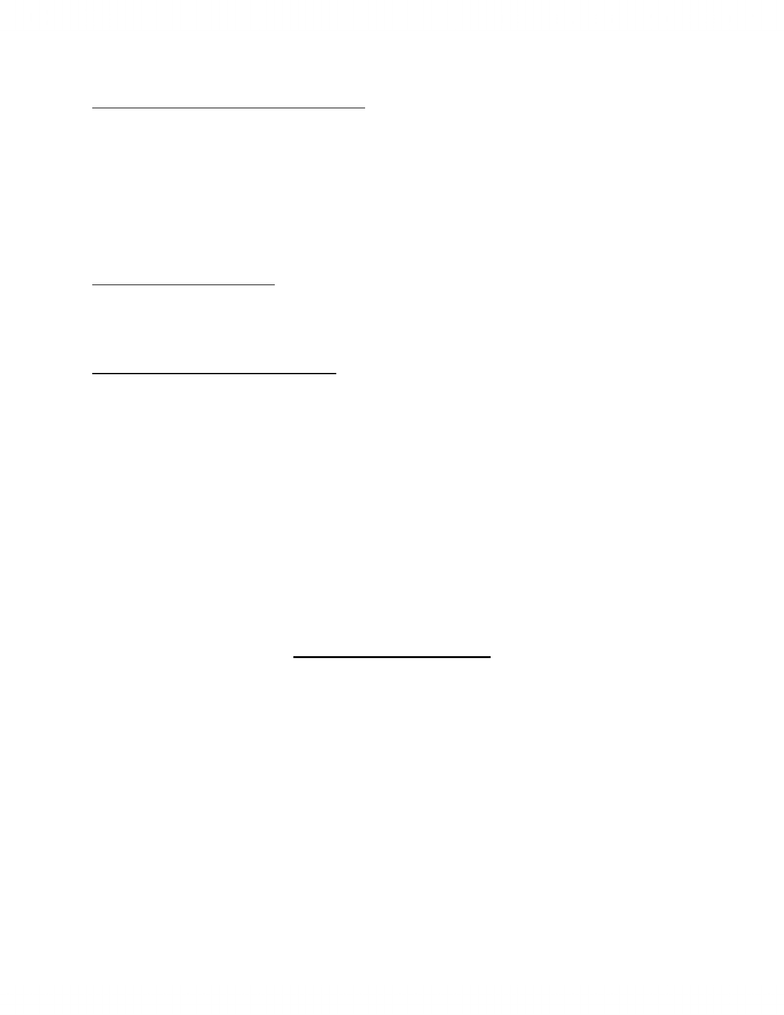 From Personal Troubles to Social Structures
-Social structures are stable patterns of social relations. (Three levels)
-1. Microstructures: Patterns of intimate social relations formed during face-to-face interaction.
Ex. families, friendship circles, work associations.
-2. Macrostructures: Social relations lying outside your circle of intimates, including classes,
bureaucracies, and power systems. Patriarchy is the traditional system of economic inequality
within men and women.
-3. Global structures: Patters of social relations lying outside and about national level.
Including international organization, For example, finding ways to end poverty in countries.
The Sociological Imagination
-Half a century ago, C. Wright Mills (1959) called the ability to connect personal troubles to
social structures sociological imagination.
-For example, cancer, date rape, unemployment, etc.
Origins of the Sociological Imagination
-1. Scientific Revolution: Began about 1550, and encouraged the view that conclusions about
the workings of society must be based on solid evidence.
-For example, solid ideas LQFOXGH1HZWRQ¶VODZVRIPRWLRQDQG&RSHUQLFXV¶VWKHRU\WKDWWKH
earth revolves around the sun. Galileo then made an observation that fit Copernicus theory. This
is the core of the scientific method; using evidence to make a point of view.
-2. Democratic Revolution: Began about 1750 and suggested that people are responsible for
organizing society and human intervention can affect and solve social problems. However, four
hundred years ago, Europeans though God controlled social order. The American and French
Revolution proved the Europeans wrong, as they showed that people could replace unsatisfactory
rulers.
-3. Industrial Revolution: Began about 1780 and often recorded as most important event in
history since the development of cities and rapid economic transformation beginning in Britain.
This led to the formation of a working class, new science and technology, and creation of
factories.
Theory, Research, and Values
-$XJXVWH&RPSWH³)DWKHURI6RFLRORJ\´-1857) tried to place the study of scientific
foundations.
-He was conservative, and struggled to adapt to rapid growth in cities, early industrialization of
society in the French Revolution.
-Thus, scientific method of research and a vision of the ideal society were evident in sociology at
its origins.
-Herbert Spencer (1820-1903), strongly influenced by Charles Darwin, thought society was
influenced by interdependent parts (families, governments, economy) like biological organisms
did.
-He though that individuals struggle to survive and the fittest succeed in the survival.
-Spencer thought there should be inequality in society because that is how it is evolved. (Social
Darwinism)
www.notesolution.com
Unlock document

-Nowadays, few sociologists think societies are like biological systems. This is because we can
put matters into our own hands and change their social environment in ways no other species can.
-Karl Marx (1818-1883), Emile Durkheim, and Max Weber (1864-1920) wanted to explain the
WUDQVIRUPDWLRQRI(XURSHDQGVXJJHVWHGZD\VRILPSURYLQJSHRSOH¶VOLYHV
-Spencer and Compte were committed to the scientific method of research and also wanted to
change the society for better.
-Tension is evident with analysis, and ideal, diagnosis and prescription through sociology.
Therefore, the terms theory, research and value will help us better understand sociology.
Theory
Theories are explanations of aspects of social life and state how and why certain facts are related.
-For example, Durkheim related social solidarity and suicide, enabling him to explain that the
more social solidarity the lower the suicide rates will be, vice versa.
Research
-Formulate after theories, sociologists conduct research.
-Research is the process of observing social reality, usually to test theories in order to see if they
are valid.
-For example, Durkheim collected suicide rates to prove his theory of social solidarity affecting
suicides.
Values
-Values are ideas about what is right and wrong.
-Before formulating a theory, sociologists must decide which problems are worth studying, how
to improve them, etc.
-Durkheim, Marx, and Weber stood close to the major theoretical traditions in sociology:
functionalism, conflict theory, and symbolic interactionism. In recent decades, feminism has
been established to correct deficiencies in the other theoretical traditions.
Sociological Theory and Theorists
Functionalism:
Durkheim
-Functional behaviour is governed by stable patterns of social relations or social structures.
Durkheim emphasized how suicide rates are influenced by patterns of social solidarity. Social
structures of functionalism are macrostructures.
-Functionalism underlines how social structures maintain or undermine social stability.
Durkheim studied how the growth of cities and industries during the 19th century in Europe
lowered level of social solidarity
-Social structures are based mainly on shared values or preferences. When Durkheim studied
social solidarity, he sometimes meant the intensity of social interaction, but was mainly aiming
for moral cement that binds people together.
-Re-establishing equilibrium will best solve social problems. Durkheim said that social stability
in Europe could be resolved with new workers and employers. People could agree to want less
and social solidarity would rise.
-A liberal response would be people are expressing discontent because they are getting less out
of life.
www.notesolution.com
Unlock document