ECO 320
Textbook Notes
Chapter 9: Topics in the Economics of Contract Law
•Cooperation is productive: it creates value and typically benefits both parties.
•Three forms of remedy in the case a contract is breached:
oParty-designed remedies
Stipulated in the contract itself.
I.e. a builder will have to pay $200 for each day the building is late;
it could instead specify a remedial process (how a remedy will be
chosen and by whom).
oCourt-imposed remedies
When no remedy is included in the contract, the court must impose
one in the form of damages.
oSpecific performance
The court may instead order the breaching party to specifically
perform the contractual promise.
•Expectation damages: damages awarded by the courts that place the victim of
breach in the position they would have been in if the other party had performed.
oIt looks to compensate the victim for the “injury” they sustained from non-
performance.
First meaning is that the victim is worse off because of the breach.
oPerfect expectation damages leave potential victims indifferent between
performance and breach.
They will be in the same economic position regardless.
•Where a seller breaches with a perfect substitute available (and bought by the
buyer), perfect expectation damages will be equal to the difference between the
spot price paid for the substitute good and the contract price, multiplied by the
number of goods purchased.
xk(ps−pc)
•Where a buyer breaches and the seller is able to still sell the product at a spot
price (lower than the contract price), perfect expectation damages is the difference
between the contract price and the spot price for the good, multiplied by the
number of goods sold.
xk(pc−ps)
•Where a seller breaches with no close substitute and the seller delivers a good of
lesser value, perfect expectation damages will be the difference between the value
of the contracted goods and the value of the delivered goods.
vk−vd
Unlock document 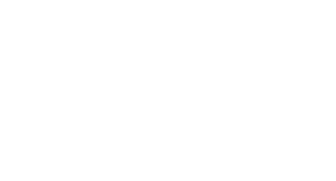 oThus, perfect opportunity cost damages are at least as high as perfect
reliance damages.
Expectation damages ≥ opportuni ty−cost damages ≥ reliancedamages
•Look at example of the “hairy hand” case (pp. 314):
•Why are expectation damages
≥
opportunity-cost
damages
≥
reliance damages?
oA promisee will ordinarily choose the best available contract meaning that
the gain from performance of the chosen contract should be at least as
great as the gain from performance of the next best alternative.
Thus the promisee would lose more from breach of the chosen
contract then the next best alternative and so expectation damages
≥
opportunity-cost damages.
oA promisee would only contract if they expect to gain from doing so rather
than not contracting.
Thus expectation damages
≥
reliance damages.
•Due to subjective valuation, a court may award imperfect damages that may result
in, for example, reliance damages
¿
expectation damages.
oI.e. in reliance on a promise to deliver a jewel, a promisee commissions
for the construction of a ring to hold the jewel out of sentimental reasons.
The sentimental reasons will increase the cost of the ring and in
case of a breach either the market value of the ring will be given in
damages to the promisee (expectation) or the cost of the ring
(reliance).
•The court will not give the subjective valuation of the jewel
and thus the cost of the ring will be higher.
•Perfect damages may not be in their usual orders as well because a promisee may
have made a mistake when contracting.
oThe mistake may leave the person worse off from performance of the
contract then from the next best alternative or from no contract at all.
•The remedy of restitution simply orders the breaching party to return anything
given to them by the promisor at the creation of the contract.
De
Do
Dr
25% 100%
75%
50%
Unlock document