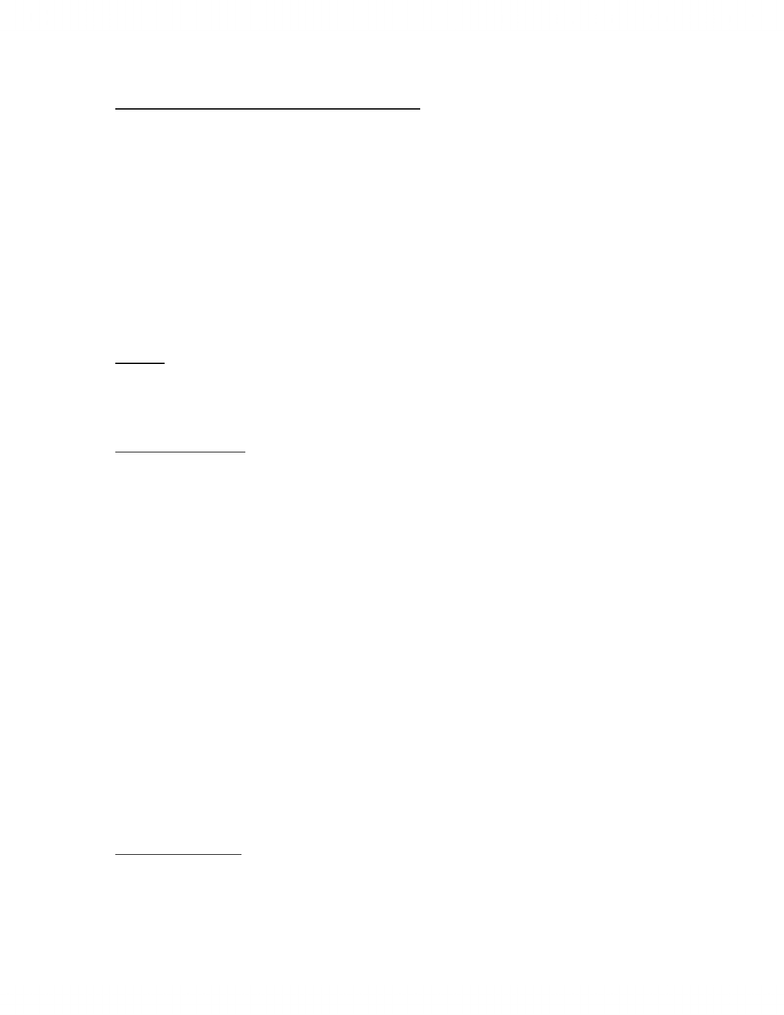 CHAPTER FIVE: THE HINDU TRADITION
x Many traditions encompassing hundreds of communities and sectarian movements
x Each of which has its own hallowed canon, its own sacred place and its own
concept of the supreme deity
x Only in the colonial period (beginning of the 18th century) that the term Hinduism
FDPHWREHXVHGWRUHIHUWRWKHUHOLJLRQRIWKHVXEFRQWLQHQW¶VQRQ-Muslim population
x The term applies to those who belong to one of the Hindu denominations (ie, Vira
Shaia or Brahmo Samaj), any other person domiciled in the territories to which
the Hindu Family Act extends to who is not a Muslim, Christian, Parsi or Jew by
religion
x 5RXJKO\DERXWRI,QGLD¶VSRSXODWLRQ
x An alternative term designating a comprehensive tradition is sanatana dharma
Origins
x The standard view in the early 20th century was that it had grown from a fusion of the
indigenous religions of the Indus Valley with the faith of the Aryans
The Harappa Culture
x Two towns, known today as Mohenjo Daro and Harappa, were more than 480km
apart, yet archaeological evidence suggested a certain uniformity in the culture across
the entire northwestern part of the subcontinent
x Suggest continuous travel and communication in between them
x People of the Harappa civilization were impressive builders who live in what appear
to have been planned cities
x In Mohenjo Daro, there is a huge swimming pool like structure (aka the Great Bath)
surrounded by porticos and flights of stairs
x Believed that it was designed for religious rituals of some sort
x some houses also had a room with a fire altar, suggesting a domestic fire ritual
x stone sculptures and terracotta statuettes of what looks like a mother goddess
may have been used as icons in worship
x approximately 2000 flat seal and many amulets were also found
x a few of the seals represent a man seated on a low throne in what looks like a
yoga posture
x WKHPDQ¶VKHDGGUHVVDQGWKHDQLPDOVDURXQGVXJJHVWWKDWWKLVPD\EHDSURWRW\SH
of the deity that came to be known as Shiva
x no one knows what happened to the Harappa culture
x some scholars believe that it was destroyed by Indo-European invaders around
1750 BCE
The Indo-Europeans
x people from Central Asia began migrating to widely distant regions at some time
between 2000 BCE and 1500 BCE
www.notesolution.com
Unlock document 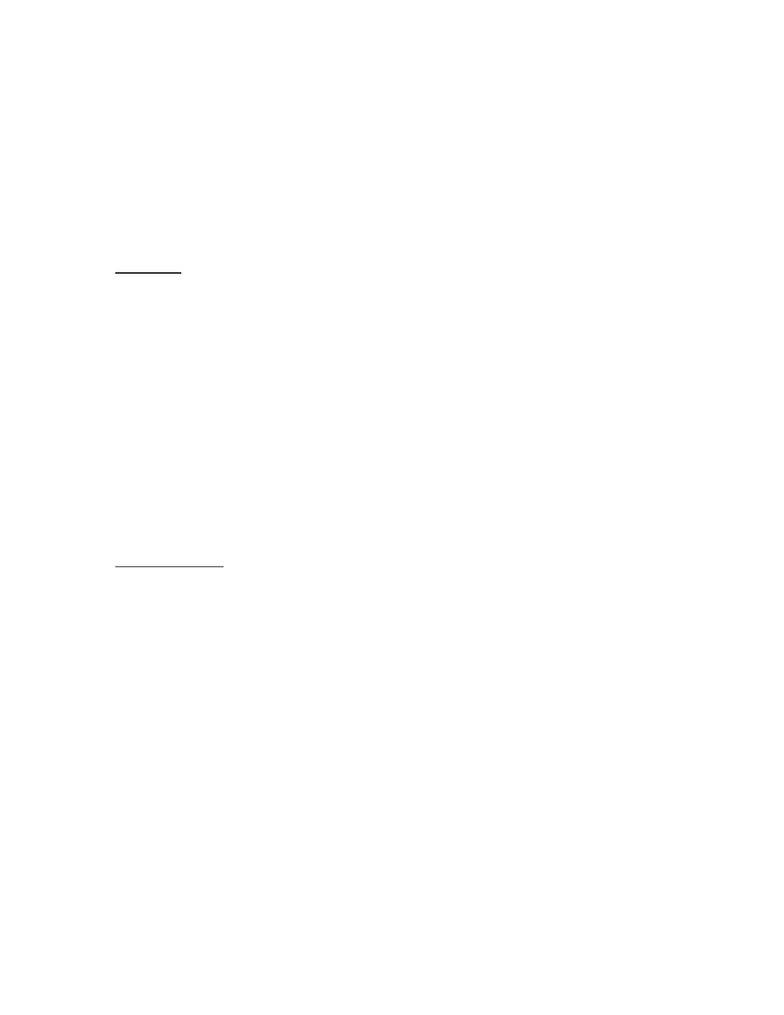 x some moved west and north (Europe), some moved south or east (Iran) and called
themselves Aryans
x other believe that Indo-Europeans came from the region around modern Turkey
x and the migration may have begun as early as 6000 BCE
x they composed many poems and manuals on rituals and philosophy
x traditions were carefully committed to memory using various mnemonic devices to
ensure correct pronunciation, rhythm, and intonation, and passed from generation to
generation by word of mouth
The Vedas
x earliest surviving Indo-European compositions are the Vedas
x works are collectively known as shruti (that which was heard)
x the Vedic seers (rishis) saw the mantras and transmitted them to their disciples,
starting an oral tradition
x Vedas are now thought to have been composed between 1750 BCE and 600 BCE
x 4 Vedic collections: Rig, Sama, Yajur and Atharva
x each in turn consists of four sections: hymns (Samhitas, the earliest parts),
directions for the performance of sacred rituals (Brahmanas), compositions of the
forest (Aranyakas) and philosophical works (Upanishads)
x earliest section of the Rig Veda contains 1028 hymns
x the hymns of the Sama Veda and Yajur Veda are largely borrowed from Rig Veda
x Sama Veda was meant to be sung in a specific manner
x The Upanishads, composed around 600 BCE, are the most recent sections of each
collection
The Vedic Hymns
x The earliest Samhitas are addressed to many gods who are not so familiar today
x Agni, the god of fire, was seen as a messenger between humans and deities
x Soma, a male god of the moon, also the name of an intoxicating drink, extracted from
plants and used in rituals
x Saraswati, a goddess, also spoken of sometimes as a river, as learning
x But in later Vedic literature, the Brahmanas, she is identified with the goddess
Vac (speech)
x Most early hymns ask for good and happy life on this earth, not for salvation or
eternal bliss
x Central to Vedic religious life was the ritual sacrifice (yajna)
x Both domestic and community sacrifices were usually performed with a fire
x Many sacrifices involved the making, offering and drinking of soma
x The Hymn of Origins expresses wonder at the creation of the universe from nothing
and ends with the statement that perhaps no one knows how it all came to be\
x Rta is truth and justice, the rightness of things
x Makes harmony and peace possible in the earth and the heavens
www.notesolution.com
Unlock document 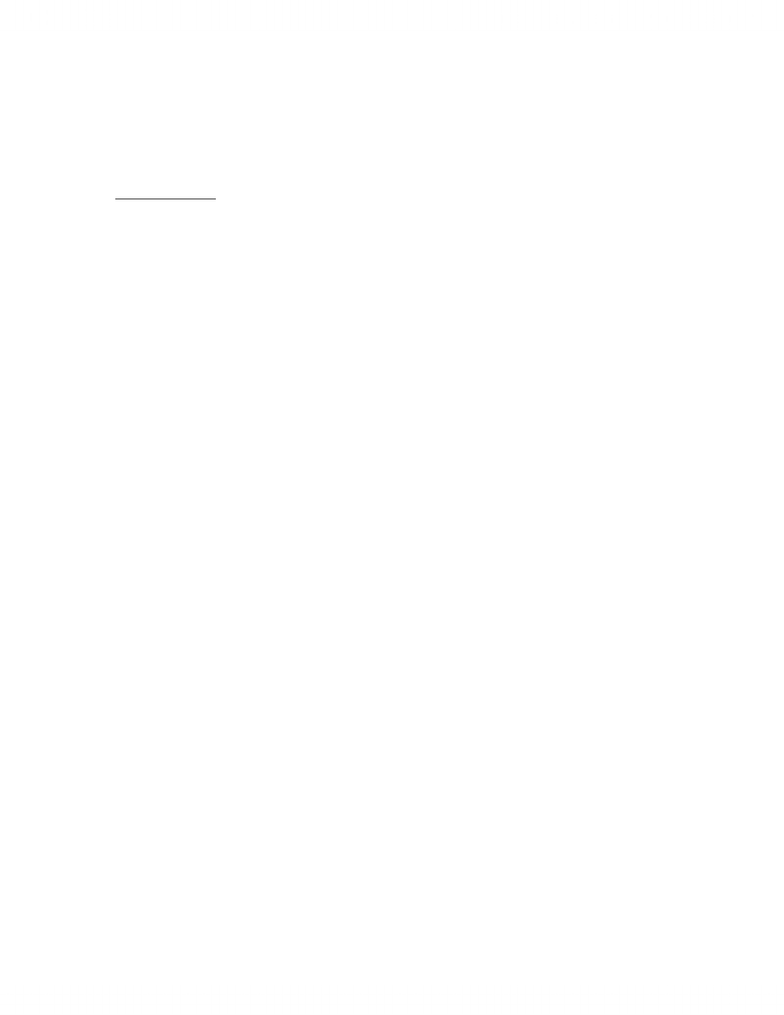 x A set of verses that still figures in rituals today is the Hymn to the Supreme Person
(Purusha Sukta)
x in it, the universe is said to have originated through a cosmic sacrifice in which
the primeval man (Purusha) was offered
The Upanishads
x do not totally reject the early hymns and sacrificial rituals, they rethink and
reformulate them
x most take the form of conversations, between a teacher and a student, between a
husband and wife, or between fellow philosophers
x represent the beginnings of Hindu philosophical thought
Karma and Samsara
x in the Upanishads that we find the earliest discussions of several concept central to
the later Hindu tradition
x Karma: literally means action, especially in ritual action
x Eventually refer to as a system of rewards and punishments attached to various
actions
x Karma implies a continuing cycle of death and rebirth or reincarnation called
Samsara
x To achieve liberation (moksha) from this cycle, requires a transforming experiential
wisdom
x Once that wisdom is attained, one becomes immortal (a-mrta)
x Frequent theme in the Upanishads is the quest for a unifying truth
x 7KLVµKLJKHU¶NQRZOHGJHLVFOHDUO\GLVWLQJXLVKHGIURPWKHµORZHU¶NQRZOHGJHWKDW
can be conceptualized and expressed in words
x Its nature cannot be explained or taught, only evoked
Atman and Brahman
x At the heart of this wisdom is experiential knowledge of the relationship between the
human soul (Atman) and the supreme being (Brahman)
x Brahman pervades and yet transcends not only human thought but the universe
itself
x Brahman cannot be described any more than infinity can be contained
x The Taittiriya Upanishads associates Brahman with existence or truth (satya),
knowledge (jnana), infinity (ananta) , consciousness (chit) and bliss (ananda)
x Elsewhere, Brahman is described as the hidden, inner controller of the human
soul and the frame over which the universe is woven
x The relationship between Atman and Brahman is discussed in many passages, but
they suggest rather than specify
x In the Chandogya Upanishad, a father asks his son to dissolve salt in water and
says that A & B are united in a similar manner
x Father ends his teaching with a famous dictum, tat tvam asi (you are that), in
ZKLFKµWKDW¶UHIHUVWR%UDKPDQDQGµ\RX¶WR$WPDQ
x 18th century Æ Shankara indicated that they were identical
www.notesolution.com
Unlock document