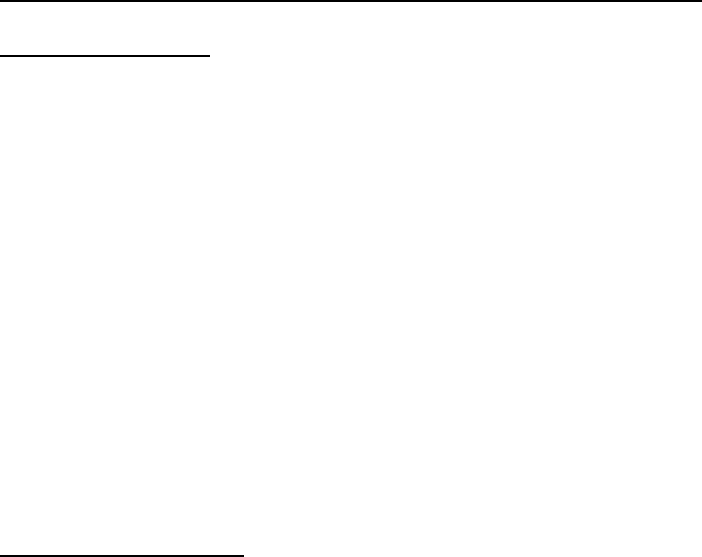 Chapter 10 – Schizophrenia spectrum and other psychotic disorders
Psychotic Disorders
•Psychotic disorders – unusual thinking, distorted perceptions, and odd behaviour
oOut of touch with reality
oUnable to think in a logical or coherent manner
oTalking or mumbling to their self
•Psychosis – severe mental condition characterized by a loss of contact with reality
•Delusion – false belief (ex. Being spied on)
•Hallucination – false sensory perception (ex. Seeing cartoon characters when they aren’t there)
oHaving delusions or hallucination alone doesn’t mean the person has a psychotic disorder
oThese symptoms can occur in other psychological disorders – bipolar, depression, PTSD,
substance- abuse, autism, OCD ect.
oThese symptoms can also occur in people with physical illnesses – brain tumors, neurocognitive
disorder from Alzheimer’s, Parkinson’s, after any physical damage to brain, or exposure to toxins
oThese symptoms can occur with no psychological disorder – brief or limited (2-12% of adults)
oDifference is that people with a psychotic disorder hear voices as negative and are not in control
What is Schizophrenia?
•Schizophrenia – disorganization in thought, perceptions, and behaviour
oDo not think logically, perceive the world inaccurately, and behave in a way that permits normal
everyday life and work
oSchizophrenia is a severe mental disorder because the condition creates severe impairment and is
often chronic
•Emil Kreapelin and Eugen Bleuler – first defined Schizophrenia over 100 years ago
oKreapelin – “dementia praecox”
Dementia – pervasive disturbances of perceptual and cognitive facilities
Praecox – early life onset
oBleuler – 4 symptoms of the disorder
Ambivalence
Disturbances of affect
Disturbances of association
Preference for fantasy over reality
•He renamed it to Schizophrenia – split (schizo) and mind (phrene)  to highlight
splitting of thought, affect, and behaviour
•Misconceptions
oLack of understanding has led to many inaccurate media and literary portrayals of Schizophrenia
oThe strange case of Dr. Jekyll and Mr. Hyde (Robert Louis Stevenson) – 2 contradictory
personalities
Jekyll – sensitive and kind
Hyde – violent murderer
People with Schizophrenia DO NOT have split personality, the split is between an
individual’s thoughts and feelings – 2/3 of people believe that split personality is a part of
Schizophrenia
oThe Three Faces of Eve and Sybil – one personality may be unaware of the other’s behaviour.
Each personality perceives, deals with, and interacts with the environment successfully

People with Schizophrenia DO NOT have multiple personalities, dissociative identity
disorder (DID) does
Schizophrenia in Depth
•Positive symptoms – presence of abnormal behaviour within the individual
oUnusual thoughts, feelings, and behaviour
oPresence of delusions – fixed beliefs that are not changeable when presented with conflicting
evidence
oTypes of delusions:
Persecutory delusions – most common
•Belief that someone is harming or attempting to harm the person
Delusions of influence – beliefs that other control one’s behaviour or thoughts
•Thought withdrawal
•Thought broadcasting – believes that their private thoughts are being revealed
•Thought insertion – believes that the government or evil forces are inserting
thoughts into their head
Self-significance – thoughts of grandeur
•Reference (random events, objects, and behaviours of others have a particular and
unusual significance to oneself)
•Religion (believing that one is a supreme being)
•Guilt or sin
Somatic - belief that one’s body is rotting away
oPresence of Hallucinations – perception-like experience without an external stimulus (ex.
Hearing voices, seeing visions that no one else sees)
oTypes of hallucinations:
Auditory – most common
•Range from simple noises to one or more voices
•Most commonly negative but sometimes comforting or kind
•Exclusive – voices that keep a running commentary on the individual’s behaviour
or several voices that have a conversation
Visual – less common, often in those who are severe
•Seeing the devil or a dead relative or a friend
Tactile – touch
Olfactory – smells
Gustatory – Taste
Somatic – feelings of pain or deterioration of parts of one’s body or feeling that thins are
crawling on, or in, the skin or the body
oDisorganized thinking – usually assessed by abnormality of speech that indicate deterioration in
their cognitive functioning
oTypes of cognitive deterioration:
Loose associations – thoughts that have little or no logical connection to the next
Thought blocking – unusually long pauses in their speech
Clang association – speech is governed by words that sound alike, rather than meaning
oCatatonia – a person is awake but nonresponsive to external stimulation
The person may not move or make eye contact with others
They may be mute or muscularly rigid (statue)
Waxy flexibility – parts of the body remain frozen when positioned that way by another
person

•Negative symptoms – absence of behaviours that exist in the general population
oBehaviours, emotions, or thought processes that exist in people without Schizophrenia
oDiminished emotional expression – Reduced or immobile facial expressions and monotonic
vocal tone that does not change
This is what leads people to believe they have split personalities
oAnhedonia – lack of capacity for pleasure, person feels no joy or happiness
oAvolition – or apathy – Inability to initiate or follow through on plans
oAlogia – decreased quality or quantity of speech
oPsychomotor retardation – slow mental or physical activities
oNegative symptoms are treatment-resistant, they persist and restrict a person’s ability for
everyday functions
•Cognitive Impairments – impairments in visual and verbal learning, memory, inability to pay attention,
decreased speed of information processing, and impaired abstract reasoning and executive functioning
oLike negative symptoms, cognitive deficits are long-lasting and strongly correlated with
functional impairment
oSocial Cognition – ability of perceive, interpret, and understand social information including
other people’s beliefs, attitudes, and emotions
They normally have deficits in basic skills necessary for positive social interaction
Comorbidity
•Additional psychological disorders
oDepression affects as many as 45% of people with Schizophrenia
oApprox. 5% commit suicide
oFactors that increase the likelihood of self-harm: depressed mood, drug abuse, agitation or
restlessness, fear of mental deterioration, or delusions or hallucinations
o47% of people with Schizophrenia also have anxiety disorders
o43% of people with Schizophrenia have PTSD
o50% have substance-related disorders
89% alcohol
27% marijuana
13% Benzodiazepines
•Self-Medication hypothesis: the use of a substance by people with Schizophrenia is a strategy to cope
with or escape from negative symptoms such as the inability to feel pleasure
Functional Impairment
•Positive correlation between severity of symptoms of Schizophrenia and the degree the symptoms
impair the person’s ability to function.
•Delay in treatment increases severity of functional impairment – treatment should begin as soon as
possible to limit the chronic nature
•Schizophrenia is considered 1 out of 10 most debilitating conditions in terms of disability-adjusted life
years
•Over 100 years ago, Kreapelin and Bleuler considered Schizophrenia to have a progressively
deteriorating course with little or no change of recovery
•1960’s effective treatment for positive symptoms (hallucinations and delusions) may have periods of
remission and relapse
•25% of all psychiatric hospital beds were occupied by patients with Schizophrenia
oEstimated cost was $62.7 billion
•20% adults had a good outcome – released after 2-12 years
o78% had a relapse

Psychotic disorders: psychotic disorders unusual thinking, distorted perceptions, and odd behaviour, out of touch with reality, unable to think in a logical or coherent manner, talking or mumbling to their self, psychosis severe mental condition characterized by a loss of contact with reality, delusion false belief (ex. Seeing cartoon characters when they aren"t there: having delusions or hallucination alone doesn"t mean the person has a psychotic disorder, these symptoms can occur in other psychological disorders bipolar, depression, ptsd, substance abuse, autism, ocd ect, these symptoms can also occur in people with physical illnesses brain tumors, neurocognitive disorder from alzheimer"s, parkinson"s, after any physical damage to brain, or exposure to toxins, these symptoms can occur with no psychological disorder brief or limited (2 12% of adults, difference is that people with a psychotic disorder hear voices as negative and are not in control.