Chapter 19: Sexuality Education
Sexuality Education  the lifelong process of acquiring information about sexual behaviour and
forming attitudes, beliefs and values about identity, relationships and intimacy
oCan occur in many settings
Purposes of Sexuality Education
The goal  to promote healthy sexuality
What is sexual health?
oA state of physical, emotional, mental and social well being in relation to sexuality
oFor sexual health to be attained and maintained, the sexual rights of all persons must be
respected, protected and fulfilled
oNot just freedom from disease or dysfunction
SIECCAN  The Sex Information and Education Council of Canada
oA national resource for up to date information, research and publications on human
sexuality and sexual health
oHelps people to achieve positive outcomes and to avoid negative ones
Effective sexual health education integrates 4 key components allowing a person to develop…
o1. A deeper understanding that is relevant to their specific health needs and concerns
o2. The confidence, motivation and personal insight needed to act on that knowledge
o3. The skills necessary to enhance sexual health and to avoid negative sexual health
outcomes
o4. A safe, secure and inclusive environment that is conducive to promoting optimal
sexual health
The guidelines of the SIECCAN emphasizes the self-worth and dignity of the person and
encourage respect for diversity in values, background and sexual orientation
The guidelines also recognize that students need to make their own informed and responsible
choices rather than have choices imposed on them
The Sexuality Information and Education Counsel of the US identifies 7 topics as the minimum,
essential content
oAnatomy and physiology
oPuberty and adolescent development
oIdentity
oPregnancy and reproduction
oSTIs and HIV
oHealthy relationships
oPersonal safety
In the Home, in the School, or Somewhere Else?
School is the main source of sex ed. for grade 9 students in Canada
o41% of girls, 51% of boys
Only 6% of boys and 14% of girls identified parents or other family members as their main
source of sex ed.
Unlock document

Many children are given little or not sex ed. at home
oNot talking about sex with your children sends negative messages
oPeople for whom sex was not discussed at home may have difficulty talking about sex
with their partner or children, may develop negative attitudes about their own sexuality or
sex in general or may not be equipped to make good sexual choices
TV, movies, magazines, friends and the Internet are important sources of information for many
youth
In many cases, the information provided on TV and in movies is sensationalized and unrealistic
Relying on friends for information is not wise
oThey likely know no more than you do
Teens are increasingly turning to the Internet for information about sex
oMore than 50% of high school students report that they have searched for health info
online
The problem with the internet is that there is no quality control
The worst source is pornography
A problem is that youth who have immigrated to Canada within the last 3 years are more likely
to report not having received sex ed.
Most Canadian parents, teachers and students feel that both parents and schools have a role to
play in providing sex ed.
Students receiving classroom instruction plus homework felt more able to refuse high risk
behaviours and more often intended to delay initiation of intercourse compared with students
only receiving classroom instruction
oThe homework appeared to reinforce the school based program and resulted in greater
parent-child communication about sex
In a study, youth indicate that neither schools nor parents promoted meaningful discussions
about sex
oThey perceived that sex discussion with parents focused on prevention of pregnancy and
STIs
What was missing was discussion of issues related to sexual relationships and
positive aspects
What to Teach at Different Ages
A process that must begin when children are small
What is taught at any particular age depends on the child’s sexual behaviour, sexual knowledge
and sexual interests at that age
Children’s Sexual Knowledge
Children begin to develop an understanding of pregnancy and birth at a very early age
By age 7 or 8, children know that 3 things are involved in making a baby  a social relationship
between two people (love or marriage), sexual activity, and the union of sperm and egg
oHowever, they may not understand that the sexual activity involves intercourse
At age 12, some children can give a good physiological explanation of reproduction (the sperm
meeting the egg, etc.)
Unlock document 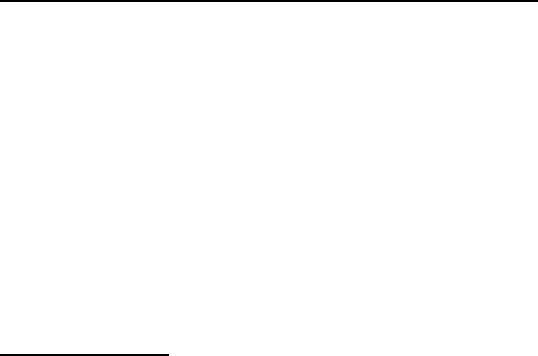 Some 10 and 11 year olds understand that one of the reasons parents want to be alone is to have
sex
oOthers are reluctant to recognize this
Many children engage in sexual play and exploration
oYoung children often engage in sexual behaviour without having a clear understanding of
what it means
Children’s Sexual Interests
Children’s knowledge and interest in sex are reflected in the questions they ask
oSuch questions are often stimulated by hearing the term in conversation or in the media
High school students agree that sex ed. should begin in early elementary and should progress
from the simple to the complex
oThey believe it should cover a wide range of topics (reproduction, pregnancy, abortion,
BC, disease prevention, sexual violence, relationships, gender roles, sexual pleasure,
sexual orientation and attraction, sexual decision making)
oThey believe these should be presented in grade 8 and revisited in high school
oThey want sex ed. that talks more about sex-feelings, arousal, foreplay, contraception,
condoms, healthy relationships, sexual pleasure and sexual communication
oAlso want it to be respectful of their choices
Sexual education evolves during the preschool years (as early as age 2)
Attitudes Toward School-Based Sexuality Education
Very high levels of support for sex ed. in schools among parents, teachers and students
oParents, teachers, middle-school students and high school students were consistent with
each other in many of their views
There is strong support for broad-based sex ed. in schools beginning in the primary grades
The media regularly publicizes controversies in which parents are protesting sex ed. in schools,
however…
oThis is rare (the vast majority of schools with sex ed. have not experienced such conflict)
oThe protesters are usually in a minority
oThe controversy if often not over whether there should be a program but over the use of a
particular curriculum, book or video
The Curriculum
All Canadian provinces and territories, except for Quebec, have school-based sexual health
curricula
oIn 2005, Quebec removed sex ed. from its curriculum
oInstead, teachers are asked to incorporate teaching of sexual health into other subjects
such as math, science or history
The comprehensiveness of the curriculum that is taught varies considerably across schools,
school boards and provinces
A major problem is that the curricula tends to only go up to grade 8 or 9 even though students in
grades 10-12 are the most likely to be engaging in sex
Unlock document