Sociology Final Reading Notes
Advertising and Culture
Image-Based Culture
-Our culture has been shaped by phrases such as ‘a diamond is forever’ (linking to love) which before 1938 a diamond’s
value was based on their worth as scarce stones. In 1938 an advertising agency was hired to change public attitudes
towards diamonds. Since then an entirely new generation has grown up to marriageable age, and to the new generation a
diamond ring is considered a necessity for engagement to everyone.
-The marketplace (and its major ideological tool, advertising) is the major structuring institution of contemporary
consumer society. In the agrarian-based society (preceding industrial) family, community, ethnicity, and religion were
dominant institutional creators of cultural forms
-Transition point in history: development of an image-saturated society – the 1920s
oIn this decade advertising agencies were beginning to have to sell increasing quantities of nonessential goods in
a competitive marketplace using printing and colour photography
oPrior to the 1920s they used the ‘reason why’ technique, celebrating the product itself
oThe 1920s saw the progressive integration of people via visual representation into the messages. In this stage
you don’t see representations of ‘real’ people in advertisements, but you see representations of people who
‘stand for’ reigning social values (i.e. family structure, status differentiation, and hierarchical authority)
oThis period was instructive from a content-perspective, but more importantly from a form-perspective. You’d
see ads where the written material would explain the visual material. The consumer society was literally being
taught how to read the commercial messages. After the war when the audience was more used to the idea, the
text became less about explaining the visual and more about being cryptic where it appears as a key to the visual
puzzle.
-Advertising is a part of a discourse through and about objects
oIt does not merely tell us about things but of how things are connected to important domains of our lives
oQuality of life surveys that ask people what they are seeking in life have shown that people are seeking:
Personal autonomy and control of one’s life
Self esteem
A happy family life
Loving relations
A relaxed, tension-free leisure time
Good friendships
oThe list above has one thing in common: none of them are linked to goods that can be purchased in the
marketplace.
oIt is primarily social life and not material life that seems to be the locus of perceived happiness
oHowever, a market society guided by the principle that satisfaction should be achieved via the marketplace
oIf goods that advertisers are trying to sell are not the locus of perceived happiness, then they need to be
connected in some way with those things that are. Thus, advertising promotes images of what the audience
conceives as ‘the good life’. The market can’t offer the real thing, but it can offer visions of it connected with
the purchase of products
oGoods are knitted into the fabric of social life and cultural significance. As such, advertising is not simple
manipulation, but what ad-maker Tony Schwartz calls ‘partipulation’, with the audience participating in its own
manipulation
oConsequences: given that the ‘real’ sources of satisfaction can’t be purchased, happiness and contentment aren’t
real in today’s society. Recent social thinkers describe the contemporary scene as a ‘joyless economy’ or as
reflecting the ‘paradox of affluence’. It’s not a matter of being tricked by the false advertising; the problem is
with the society that pushes the definition of satisfaction through the commodity/image system.
-The commodity-image system provides a particular vision for the world – a particular mode of self-validation that is
integrally connected with what one has rather than what one is
Unlock document

Already have an account? Log in
-The commodity-image system encourages people to believe that the root of all happiness is to buy things, and buying
things is leading to economic growth. But constant economic growth is leading to environmental issues. As long as the
commodity-image system maintains its influence, the nature of future economic growth cannot be altered.
-The spread of image-based influence (4 areas in the contemporary world where it has impacted)
1. Gender identity
Ads draw heavily upon the domain of gender display – not the way that men and women actually
behave but the ways in which we think they behave
In advertising, gender (especially women) is defined almost exclusively along the lines of sexuality
2. Electoral politics
Role of television in electoral politics
The social commentary on politics has shifted from discussion of real issues to a focus on symbolism
and emotionally based imagery
There is evidence that George Bush won the 1988 presidential race because he ran a better ad and
public relations campaign.
Large numbers of voters are changing their minds on who to vote for based on a 30 second commercial.
The grammar of these images then is very important. The intrusion of the image-system into the world
of electoral politics means that the majority of committed voters are held ransom by those who are
uncommitted (the undecided/swing voters). These huge swings of opinion based on the image-based
system suggest that the political culture is extremely superficial and does not correspond to what we
normally think of as politics
3. Children’s play
Marketers have defined the limits of children’s imaginations where play has become ritualized.
Imaginative play has shifted closer to imitation and assimilation
They’ve also targeted girls and boys toys separately creating a wider divide and segregating play not
only with their parents (who don’t share the same marketing desires as their children so they’re not
interested in the product) but also with the opposite gender
4. Colonized areas of life that were previously largely defined by auditory perception and experience
In the 1980s they introduced music videos to songs, which became an indispensable component to the
marketing strategy of the record
Many people report that listening to a song after watching the video strongly affects the interpretation
they give to it because the visual images are replayed in the imagination
-Speed and Fragmentation: Toward a Twenty-First Century Consciousness
oAs advertising slots went down in amount of time allotted, commercial marketers developed the ‘vignette
approach’ in which narrative and ‘reason-why’ advertising are included under a rapid succession of lifestyle
images timed meticulously to music, that sell a feeling and emotion rather than products
oIt’s called the ‘speed-up’
oThe speed up happened because:
Time slots for advertisements decreased
Increase in clutter of the commercial environment
The coming of age, in terms of disposable income, of a generation that grew up on television and
commercials
oConsequences of the speed-up
It has the effect of drawing the viewer into the message
•One cannot watch these messages casually, they require undivided attention; they’ll sneak the
sexual imagery in between other stuff so you have to be paying attention so you don’t miss the
sexy stuff
It has replaced narrative and rational responses with images and emotional responses
•Speed and fragmentation are not conducive to rational thinking; instead, they induce feeling.
-Political implications: education in an image-saturated society
o Ewen (author) states that there is a world of substance where real power rests and where people live their real
lives, and there is a world of surface (the world of appearances). The danger is that as the world encourages us
Unlock document 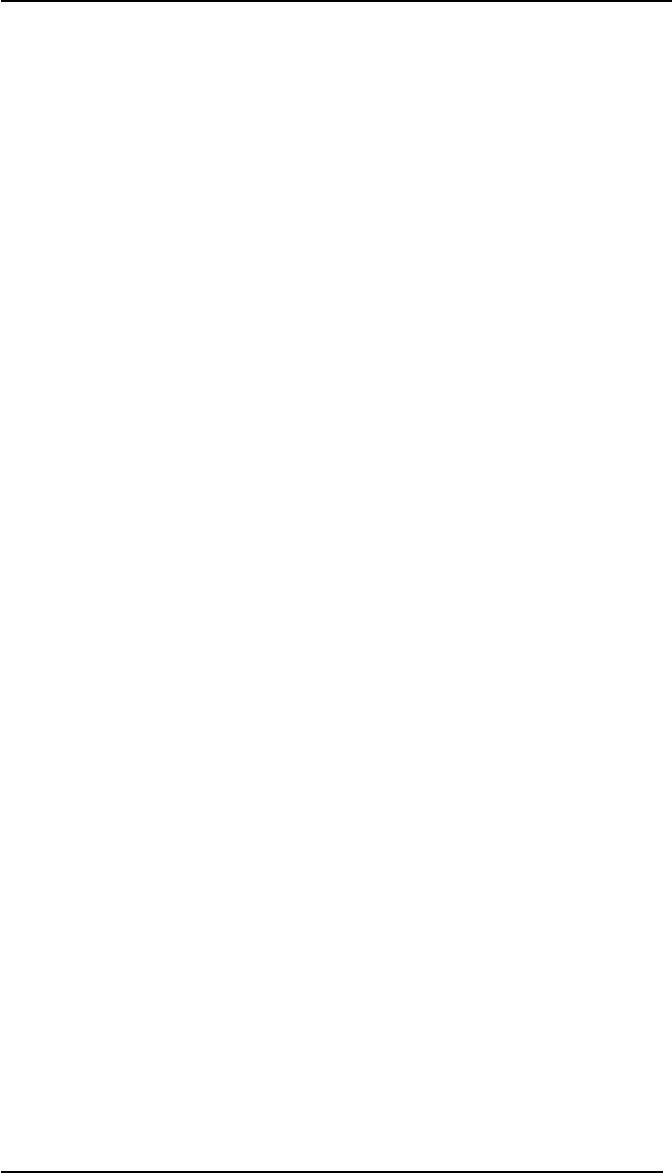 to accept the autonomy of images, the given facts that appear imply that substance is unimportant and not worth
pursuing.
oAnother concern is connected with issues of literacy in an image-saturated society. While we can read the
images quite adequately, we do not know how to produce them. Such skills, or knowledge of the process, must
be a prerequisite for functional literacy in the contemporary world.
oVisual literacy courses should be taken right after the production courses.
Real Beauty? Can Advertising Credibly Promote Social Change? (YES)
Impact of advertising on popular culture messages
-In North America the media does influence popular culture. Advertisers create a competitive edge involving defining
beauty, giving it a corporate brand that is distinctive and compelling. To an extent, defining modern beauty has become
a battle of the brands.
Notion of a beauty prototype & how modern-day advertisers have defined beauty in advertising images
-The North American beauty prototype has generally been youth-focused, emphasizing physical attractiveness and
thinness
-Barbie is a typical standard of beauty. A UK study found that if the doll were a real woman (5’6”), only one in one
hundred thousand women have a chance in sharing the same body type as her.
-American fashion models are skinnier than 98% of American women
Impact of advertising on body image and the need for social change agents to provide a more attainable prototype
-These ads based on an unattainable beauty image are in fact successful even though they make women feel bad about
themselves. It’s the fact that they evoke negative self-images that makes the products sell
-A study revealed that women’s moods and body images were negatively affected after viewing idealized body parts in
advertising. Yet when presented with views of average-sized or plus-size women, female viewers experienced a drop in
their levels of anxiety. Studies have also shown that women automatically and spontaneously compare their own body
image to those ads, and that when they do so, images of extremely thin women in ads have negative effects on a
women’s self-esteem, while images of less-thin women have positive impacts on self-esteem.
-Studies have documented that this is extremely crucial for girls. 42% of teens look to advertising for guidance about
beauty and appearance while 45% look to their friends for advice. In other words, advertising is seen as an authority on
appearance.
Dove’s Campaign for Real Beauty
-Unilever did a study on women all over the world and found that 90% of women were unhappy with their body image.
An American study showed that 30% of 10-year-old children were afraid of becoming fat.
-Dove pushed to try to sell the reality instead of the fantasy
-The success of the campaign can be determined by looking at several key areas of advertising impact:
oSocial acceptance
50/50 split, women liked it, men didn’t
oSocial impact
Been discussed at length worldwide, therefore it has definitely had a social impact
Advertisers are also taking notice, magazines are featuring more average-size and plus size women in
their ads and on their covers.
It won the Grand EFFIE
oSales impact
Increased Dove sales
oFuture use
With the baby boomers growing older and immigration making a more multicultural world, campaigns
like this will become more and more important
Real Beauty? Can Advertising Credibly Promote Social Change? (NO)
Unlock document