Ch. 15 - Cell Communication - Part 1 A summary of the chapter and lecture notes on cell communication. Includes illustrations and graphics from the textbook. 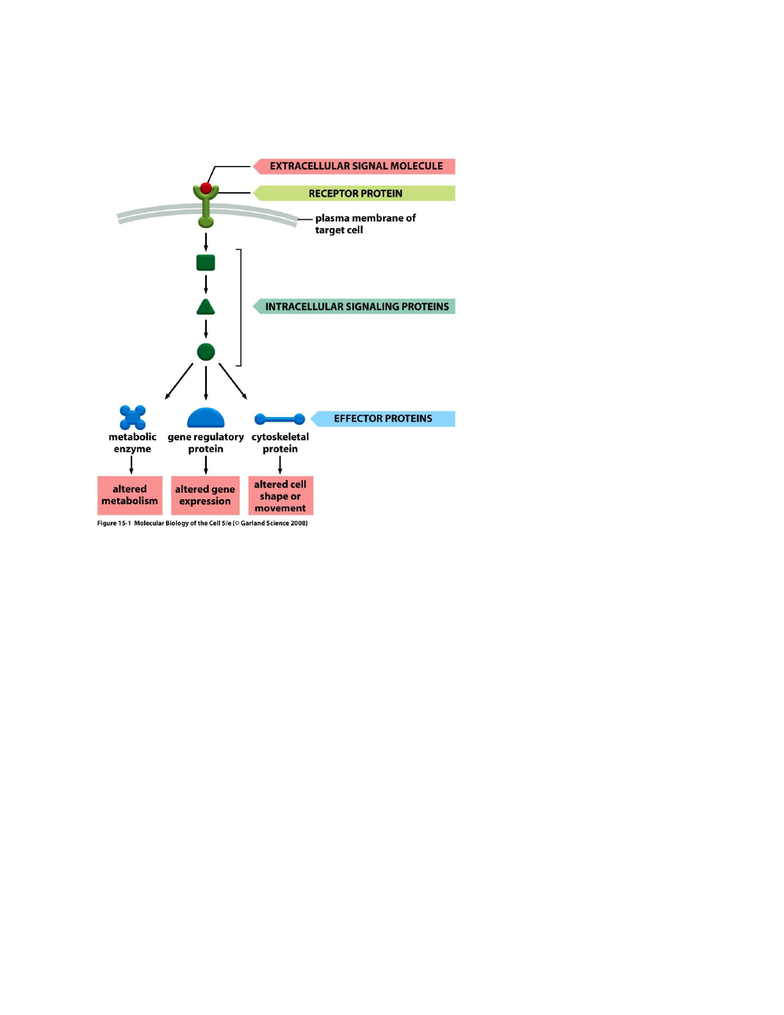 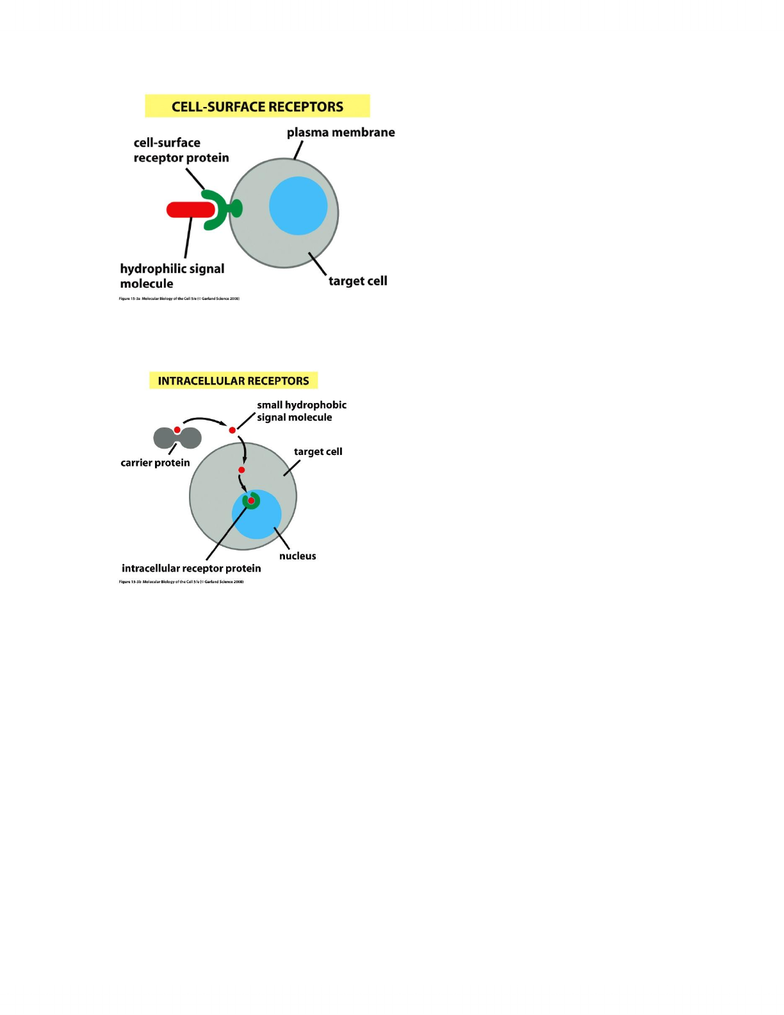 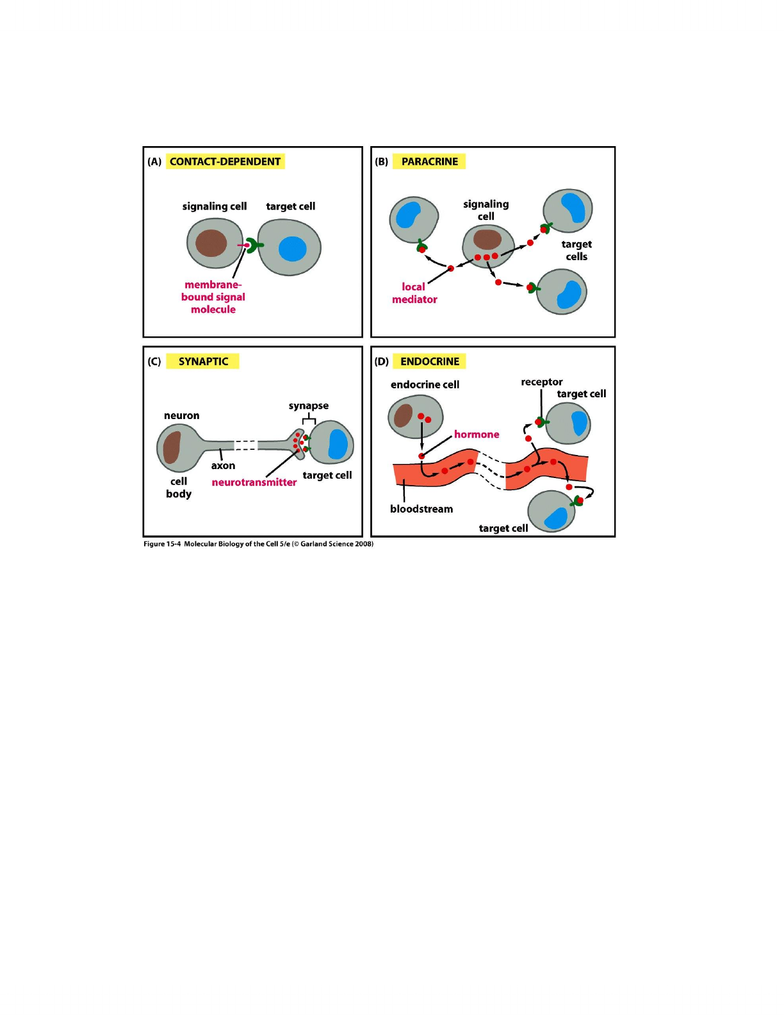  Relies on diffusion and blood flow- relatively slow
 15-4D
Four forms of intercellular signalling
A) Contact-dependant signalling requires cells to be in direct membrane-membrane contact.
B) Pancrine signalling depends on signals that are released into the extracellular space and act
locally on neighboring cells
C) Synaptic signalling is performed by neurons that transmit signals electrically along their
axons and release neurotransmitters at synapses, which are often located far away from the
neuronal cell body
D) Endocrine signalling depends on endocrine cells, which secrete hormones into the
bloodstream for distribution throughout the body.
- Many of the same types of signalling molecules are used in paracrine, synaptic, and endocrine
signalling; the crucial differences lie in the speed and selectivity with which the signals are
delivered to their targets.
Differences between endocrine and synaptic signalling:
- Synaptic is much faster
- Endocrine is slow because it relies on blood flow
- Hormones are able to act at low concentrations (because they are so diluted in the blood,
whereas neurotransmitters are diluted much less and can achieve high local concentrations (and
receptors need lower affinity for ligand)
- Also after release, neurotransmitter is quickly removed from synaptic cleft
Unlock document