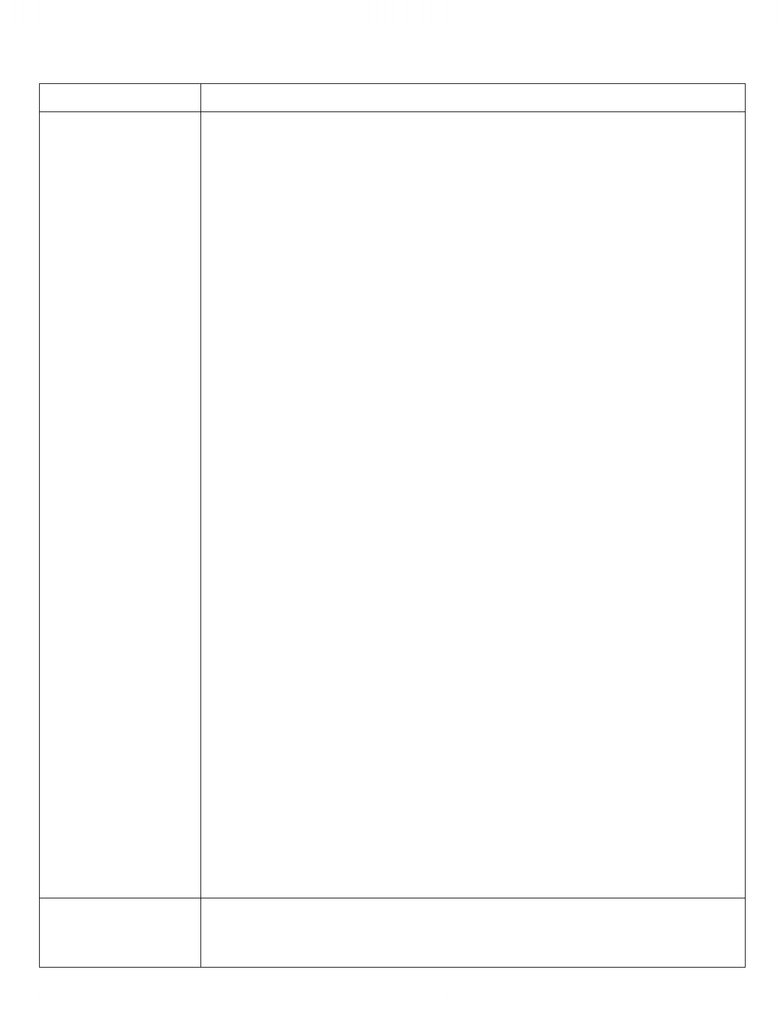 Comm 104 Final Exam Review
• courseware: Plato, “The
Ring of Gyges”
An unjust person is happier than a just person.
Justice is the middle ground
• courseware: Rawls, “A
Theory of Justice”
Distributive Justice:
A conception of justice is a set of principles for choosing between the social
arrangements which determine the division of, and underwriting for a consensus as to the proper
distributive shares. It is a matter of justice that economic and social benefits be divided fairly between
all members of society, and thus there is a role of government in doing so.
Subject: Basic Structure
Goal: Fair Division of Benefits and Burdens
Method: Original Position
Result: A Bargain
- Original Position is to stand behind a veil of ignorance
o Don’t know your gender, sexual orientation, religion, skin colour, height, wealth, etc.
- Think like disembodied Cartesian minds
- Set up a basic structure for the situation after the veil is lifted
- Rawls makes no assumptions about human nature
- Rawls simply proposes that we better be willing to live in the society in which we construct
given that we first know nothing about ourselves
- Suppose you are self-interested or altruistic
- Rawls proposes that anyone will set up the structure so that the worst off condition of life
possible will be the one in which I am willing to live in
- Thus, a social contract
- Conception of the good is sub-political
- Ensure the political structure makes it such that the worst situation isn’t that bad
- Principle of justice: distribution of benefits, and how to permit inequalities by wondering how
best to support those who may be in the worst situation - fairness
(Bargain) 2 Principles:
1) Each has equal right to the most extensive basic liberties compatible with similar for all
2) Socio-economic inequalities are only tolerable if a) they are to everyone’s advantage and b) are
attached to positions and offices open to all
- Deep influence from Kant
- Basic structure: constitution, courts, financial regulation, etc.
- Risk minimizing strategy (minimaxing)
- Context of pluralistic society, neutral with the conception of the good and the life plans
- Need similar liberties with everyone
- Just basic structure cannot as a thing of justice tolerate the fact that some lead undignified
lives
- Socioeconomic inequalities can be tolerated but only to everyone’s dis/advantage
- Kingdom of ends
- Disparity of power is tolerable if these disparities contribute to everyone
- Prohibit churches
- Basic structure does not lay down concept of the good
Rawls (What contract should we sign on to)
- Not utilitarian: could examine that 80% of a class is dark eyed. Would increase happiness that
all dark eyed people get As and all light eyed people get Fs. But this isn’t fair or sensible
- This is an unacceptable social engineering because utilitarianism makes too great a demand of
sacrifice of liberty.
- Rational bargainers would bank on fairness
- Tyranny of the majority: If everyone gets a vote, the majority wins but the procedure can be
deeply unfair
- Conception of political justice hold a neutral conception of the good, identity is very complex
- Rawls intends to block the tyranny of the majority (ex. Residential schools)
- To ensure the sphere of liberty ensures a context in which a society can make meaningful
choices
- Options meaningfully available
- Hutterites can take children out of school and educate them themselves
- But the conception of justice involves meaningful options which are chooseable so children
should be able to go to school, but cannot interfere with the cultural right of Hutterites.
- Can justice tolerate differential rights?
•text: Friedman, “The Social
Responsibility of a Business
is to Increase its Profits”, pp.
3 - 9
Introduction
• The notion businesses should be socially responsible is tantamount to socialism
• ‘Businessmen who talk this way are unwitting puppets of the intellectual forces that have
been undermining the basis of a free society these past decades’
• Businesses cannot have responsibilities; only people can have responsibilities
Unlock document 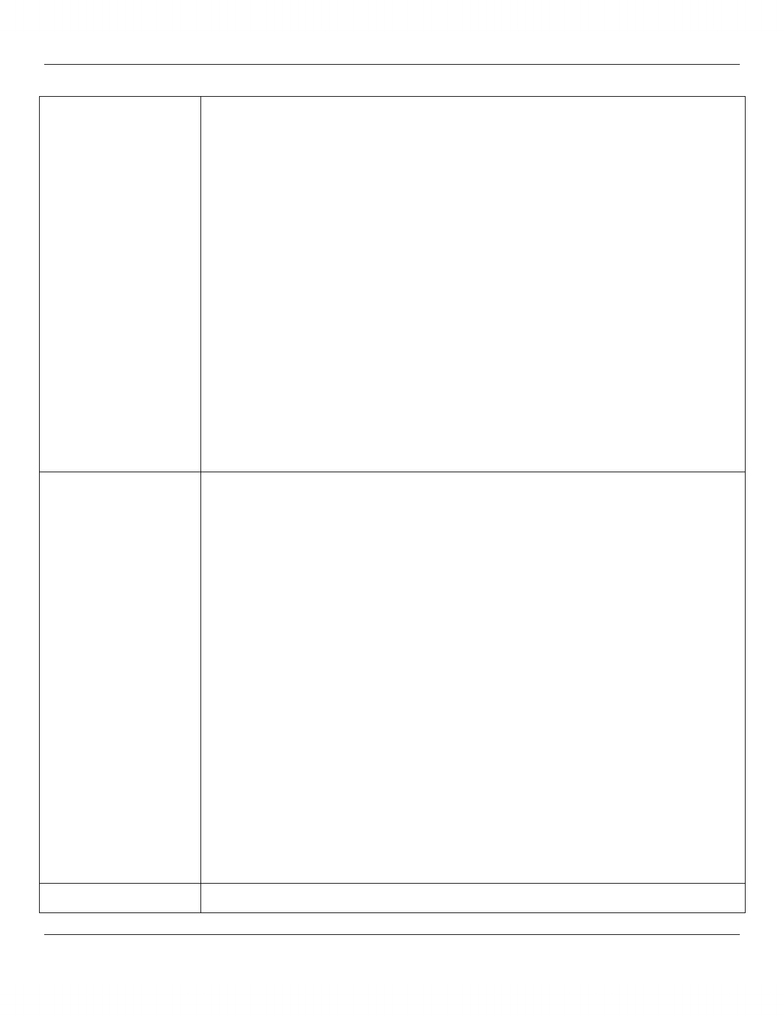 Comm 104 Final Exam Review
2
•
Presumably, those ‘responsible’ are businessmen or, more specifically, corporate executives
The Role of Executives
• Executives are responsible to their employers, the business owners
• ‘That responsibility is to conduct the business in accordance with their desires, which generally
will be to make as much money as possible while obey laws and ethical customs’
• The executive is an agent not a principal
• Executives can have their own
personal responsibilities,
but these are separate from the
‘responsibilities’
of the corporation
• When an executive fulfills personal responsibilities, he is performing as a principal not an
• agent acting on behalf of shareholders
• Therefore, if the executive spends the corporations money to fulfill social responsibility,
he is
stealing
from the shareholders (if he spends profits) and is
stealing
from employees
• (if his actions reduce the corporation’s ability to complete payroll) and is
stealing
from
customers (if his actions force the company to raise prices) If stockholders, employees or
customers want to be socially responsible, they can do so with their
own
money
• The imposition of social responsible behaviour on the part of the corporation is essentially a
tax
• Taxation for social benefit is the role of government, which is constructed by a democratic
process
• It is not the role of the self-appointed or shareholder-elected corporate executive
• On the other hand, it may be more profitable for the corporation to be socially responsible
(improving communities can lower wage rates, for instance)
• However, this is still in the interest of shareholders
• The market mechanism and the political mechanism must not overlap; using the market
• mechanism to conduct social responsibility (a political province) contravenes what a freemarket
stands for (
freedom
to do what one likes with their money!)
• link: Handy, “What’s a
Business For” (Harvard
article)
Handy agreed that corps were artificial, but he came to the opposite conclusion: corps are communities
of people working toward a shared purpose and therefore
must
have responsibilities).
- People’s trust in business is very fragile as a result of recent financial scandals that defrauded
investors
- Companies are mortgaging their futures for a higher stock price in the present, often to the
benefit of executives who are looking to exercise their options
- Whom and what is a business for?
o Now that the value of companies largely reside in its intellectual property and skill of
its people,
o A business is like a community with a purpose  its employees are not meant to be
‘owned’, they are members of the community with rights that must be respected
o The human association which produces and create wealth, those of workers and
managers is not recognized by the law, while the association of shareholders and
creditors is.
o Businesses should be the driver of environmental and social issues – “active agents of
progress”
- Anglo American stock market capitalism vs. European Model:
o In US, the criterion of success is shareholder value  stock price
o Many methods of boosting the stock price, are not intrinsically good for the business
and its employees
o Executive stock options are more common form of compensation in the US, but in
Europe, highly undervalued options seem like a way for executive to steal from their
companies and shareholders.
o Europeans consider that the US business culture is distorted – proclaimed market to
be king, gave priority to shareholders and that business as a driver of progress must
take precedence in policy decisions.
o Europeans claim that companies die because their managers focus on the economic
activitiy of producing goods and services and forget that their organization’s true
nature is that of a community of people (European View)
• courseware: “The Ethics of
Drug Patents” (Case #6)
•
Only the united states voted against a proposal to deliver lifesaving drugs to HIV/Aids victims
•
In Brazil, extensive prevention efforts and stated-funded anti-retroviral treatment has reduced
Unlock document 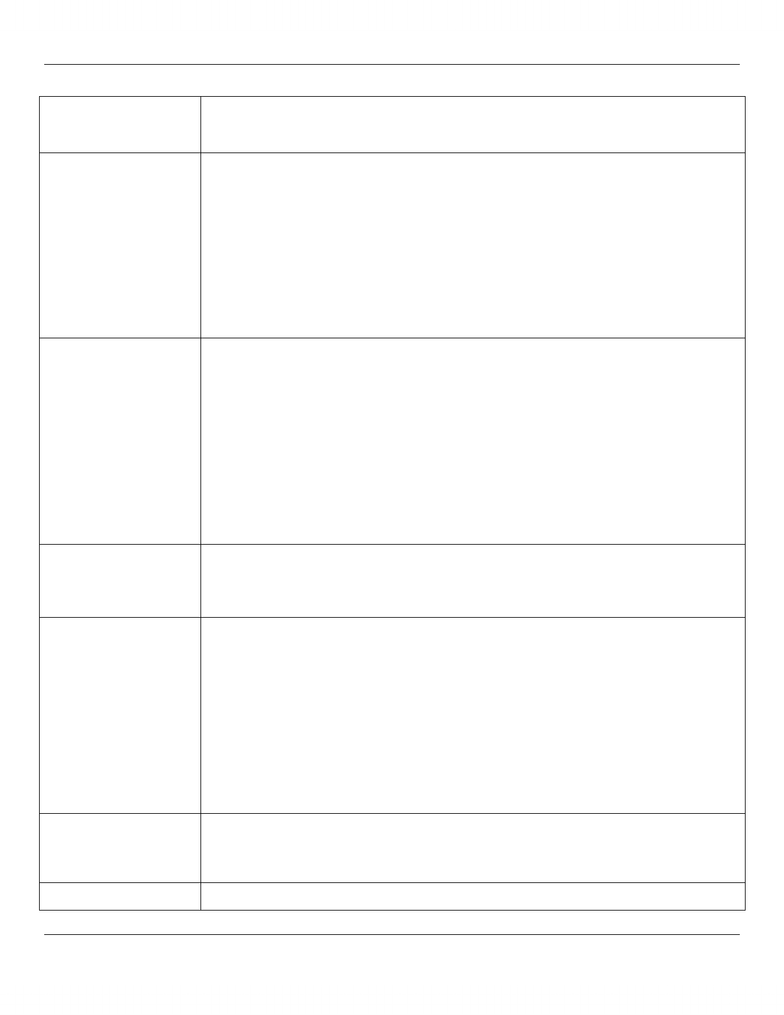 Comm 104 Final Exam Review
3
AIDS related deaths by more than half since 1996. This has been done by local production of
generic equivalents of brand-name anti-retroviral drugs.
• Canada will assist victims of the AIDS pandemic
•
Generic drugs will pay patent-holder a royalty of 2%
• link: “Competitive
Advantage of Corporate
Philanthropy” (Harvard
article)
•
The way most corporate philanthropy is practiced today, Friedman is right.
• Companies sponsor the Olympics to make themselves seem “excellent”
• Supply: Cisco Networking Academy trains computer network administrators (helps them grow,
helps high school grads)
• Demand: Apple Computers donated computers to education, they in return become familiar
with the OS
• Strategy: ICGN and CalPERS promoted improved standards of corporate governance and
discloser
• Clusters: AMEX funded Travel and Tourism Academies creates local travel clusters that
become more competitive and better able to grow
• Dreamworks, SC Johnson
• Business is better than individuals because: selecting the best grantees, signaling other funders,
improve the performance of grant recipients, advancing knowledge and practice
• text: Cascio, Costco v.
Wal-Mart, pp. 181 – 192
Differences in core beliefs and values – labour costs at Costco are 40% higher than those at Wal-Mart,
but they still compete as a low-cost operator. Costco believes in “the important of people to their
operation – it’s not just altruism its good business”.
- Costco has employee turnover rates that are a fraction of Wal Mart’s
- Wall Street claims that Costco’s margins could be a lot higher if they reduced their payroll,
which Costco CEO refutes as a very short-term focus
- Costco resists the temptation to charge a little more, and always passes on the full cost savings
to its customers – it has a strict cap on its profit margins
- Wal-Mart has actively countered any union activity at its stores by closing entire locations,
while 13% of Costco employees belong to unions and have had many successful negotions with
them
- Employee turnover costs at Wal Mart are 2.5 times greater than at Costco – Costco has one of
the most loyal and productive workforces in all of retailing. This productivity advantage more
than offsets its higher labour costs.
• text case: J & J and
Tylenol, pp. 379 – 383
• Take capsules off the shelf
• Don’t change the name
• Switch tablets for capsules
• “Roadblock”
•
Triple-sealed, tamper resistant packages
• text: Freeman, “Managing
for Stakeholders”, pp. 149 –
165
• Shareholder model defeated through Enron/Worldcom scandals where aligning CEO interest
with shareholder interest made system unstable
• Arguments against shareholder capitalism
o Law has taken claims of customers (Greeman v. Yuba), suppliers, local communities
(Clean Air Act, Clean Water act, Marsh v. Alabama) and employees (national Labour
Relations Act, Equal pay Act) to be taken above the law
o Ethics via Separation Fallacy and the open question argument
o
• The integration thesis: most business decisions have implicit ethical view. Most ethical
decisions have implicit view about business
• The responsibility principle: most people, most of the time, want to, actually do, and should
accept responsibility for the effects of their actions on others
• Managing for stakeholders is about creating as much value as possible for stakeholders, without
resorting to tradeoffs
•courseware: Karakowsky et
al. “The Stakeholder
Approach to Business,
Society, and Ethics” (pp. 65
–73 and 75 - 81)
• text: Kissick, “Sample
Stakeholder Analysis: Quinte
Unlock document