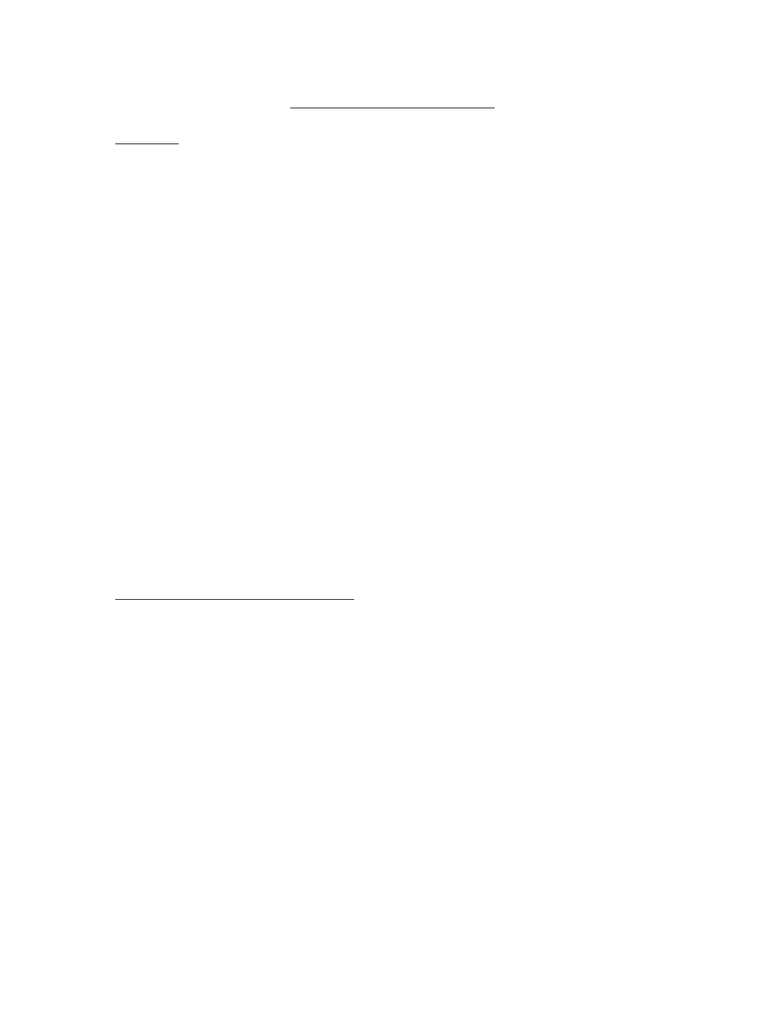 Chapter 4 – Studying Behavior
Variables
•Variable – an event, situation, behavior, or individual characteristic that varies
(ie. Word length, gender, age).
•Each of these variables represents a general class within which specific instances
will vary. The specific instances of these is called the levels or values of the
variables. A variable must have two or more levels or values.
•Some variables will have numeric values – hence they will be quantitative (ie.
Age, your IQ). They differ in amount or quantity. Algebra can be applied to such
variables (ie. Mesure the mean).
•Some variables are not numeric and instead identify categories – hence they
are categorical (ie. Gender, occupation). These variables differ, but not by
quantity, and algebra cannot be applied to them.
•Variables can be classified in four general categories
1. Situational variables describe characteristics of a situation or environment
(ie. The spatial density of a classroom, the credibility of a person who is
trying to persuade you).
2. Response variables are the responses or behaviors of individuals (ie.
Reaction time, performance on a cognitive task).
3. Participant or Subject variables are characteristic differences of the
individuals (ie. Age, gender, intelligence, personality traits).
4. Mediating variables are psychological processes that mediate the effects
of a situational variable on a particular response (ie helping is less likely
when there are more bystanders to an emergency…the mediating variable
is diffusion of responsibility).
Operational Definitions of Variables
•A variable is an abstract concept that must be translated into concrete forms of
observation or manipulation, thus a variable such as “aggression” must be defined
in terms of the specific method used to measure or manipulate it.
•Operational definition – a definition of a variable in terms of the operations or
techniques the researcher used to measure or manipulate it.
•Variables must be operationally defined so they can be studied empirically.
•“cognitive task performance” may be operationally defined as the number of
errors detected on a proofreading task during a 10 minute period
•There may be several levels of abstraction when studying a variable. (ie stress is a
very abstract variable. When researchers study stress, they might focus on a
number of stressors – noise, crowding, school, etc. a researcher would probably
choose one stressor to study then develop an operational definition of that type of
stressor. They would then carry out research both pertaining to that specific stress
and the more general concept of stress). The key point is that researchers must
always translate variables into specific operations to manipulate or measure them.
Unlock document 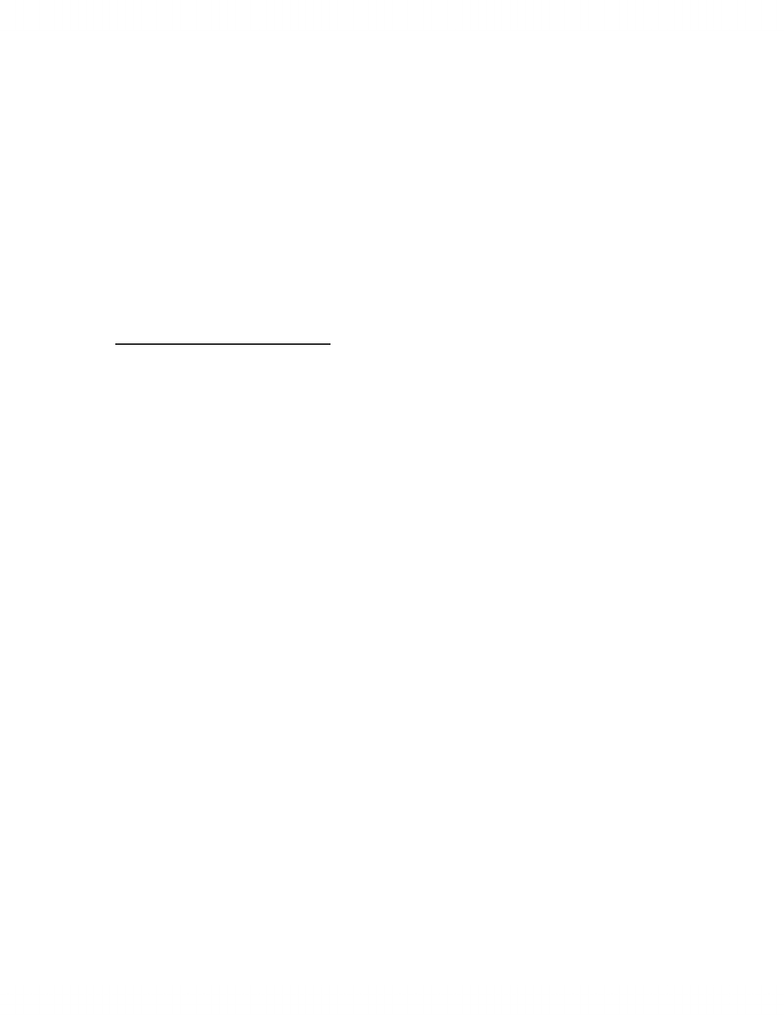 •Operationally defining variables causes researchers to discuss abstract concepts in
concrete terms, a process that can lead to the realization that the variable is in fact
too vague to study. This doesn’t mean the concept is useless, but systemic
research is not possible until the concept can be operationally defined.
•Operational variables also help us communicate our ideas to others. For example,
when someone is talking about aggression, you need to know exactly what is
meant by “aggression” because there are many ways of operationally defining it.
•There is a variety of methods to operationally define variables, each with
advantages and disadvantages. Researchers must decide on the best one to use
given the problem of study, goals of research, ethics, etc.
•Because no one method is perfect, understanding a variable entirely involves
studying the variable in a variety of operational definitions.
Relationships Between Variables
•The relationship between two variables is the general way in which the different
values of one variable are associated with the different values of another variable.
That is, do the levels of two variables vary systematically together?
•We will begin by looking at two quantitative variables. Different “shapes” can
describe their relationship.
•The four most common relationships found:
1. Positive linear relationship – increases in the value of one variable is
accompanied by the increase in the values of the second variable (ie.
height vs. weight). The variables have a positive, systematic relationship.
2. Negative linear relationship – increases in the value of one variable are
accompanied by decreases in the values of the other variable (ie amount of
time spent studying v. grades). The variables have a negative, systematic
relationship.
3. Curvilinear relationship – aka nonmonotonic function. Increases in the
values of one variable are accompanied by both increases and decreases in
the values of the other variable (ie the amount of money spent on
advertising by a company v. the profit of that company). The direction of
the relationship changes at least once.
4. No relationship – The variables vary independently of one another. The
graph is simply a flat line.
In a graph, the independent variable is placed on the x-axis and the dependant variable is
placed on the y-axis (graphs available on page70.
•The positive and negative relationships described are examples of monotonic
relationships – the relationship between the variables is always positive or
always negative.
•Figure 4.2 on page 72 illustrates a positive monotonic relationship that is not
strictly linear.
Unlock document 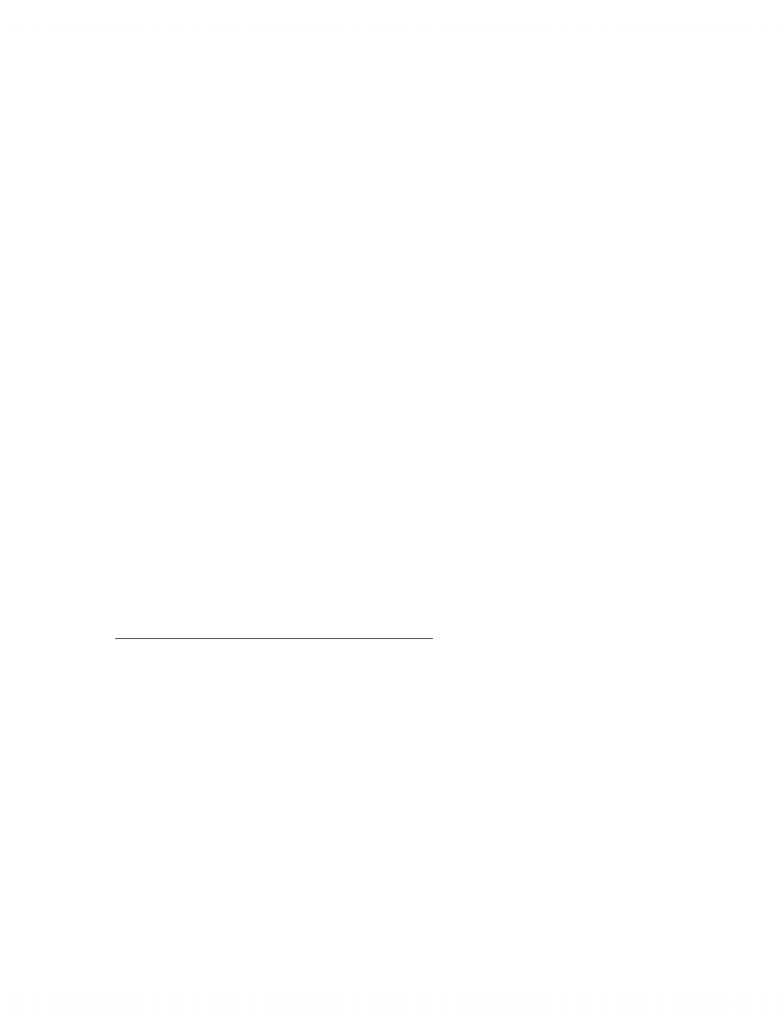 •Remember these are general patterns – just because a positive linear relationship
exists does not mean that everyone who scores high on one variable will
necessarily score high on the second variable.
•It is also important to know the strength of the relationship between two variables.
That is, we need to know the size of the correlation between the variables.
•Correlation Coefficient – the numerical index of the strength of a relationship
between variables.
•Strong correlation – two variables are strongly related and there is little deviation
from the general pattern
•Weak correlation – two variables are not strongly related because many
individuals deviate from the general pattern.
Relationships and Reduction of Uncertainty
•When we detect a relationship between variables, we reduce uncertainty of the
world by increasing our understanding of the variables we are examining.
•Uncertainty implies there is randomness in events; scientists refer to this as
random variability or error variance
•Research is aimed at reducing random variability by identifying systematic
relationships between variables.
•Variability is called random or error. It is called “error” because we do not
understand it.
•If you flipped a coin and guessed at the outcome you would have to make a
random guess – and you would probably be right about 50% of the time.
However, if we could explain the variability, it would no longer be random.
•So how can random variability be reduced? By identifying the relationship
between the variables.
•The relationship between variables is stronger when there is less random
variability.
Nonexperimental Versus Experimental Methods
•There are two general approaches to the study of relationships, the experimental
method and the nonexperimental method.
•Nonexperimental method – relationships are studied by making observations or
measures of the variables of interest as the behavior naturally occurs. This can be
done by asking people to describe their behavior, direct observation, examining
various public records such as a census, etc. A relationship between variables is
established when the two variables vary together (ie the number of hours a student
studies related to their GPA).
•Experimental method – involves direct manipulation and control of the
variables. The researcher manipulates the first variable of interest and observes
the response. Here, the two variables do not merely vary together; one variable is
introduced first to see if it affects the second variable.
Nonexperimental Method aka correlational method
•Supposed researcher wanted to study the effects of exercise on anxiety.
Unlock document