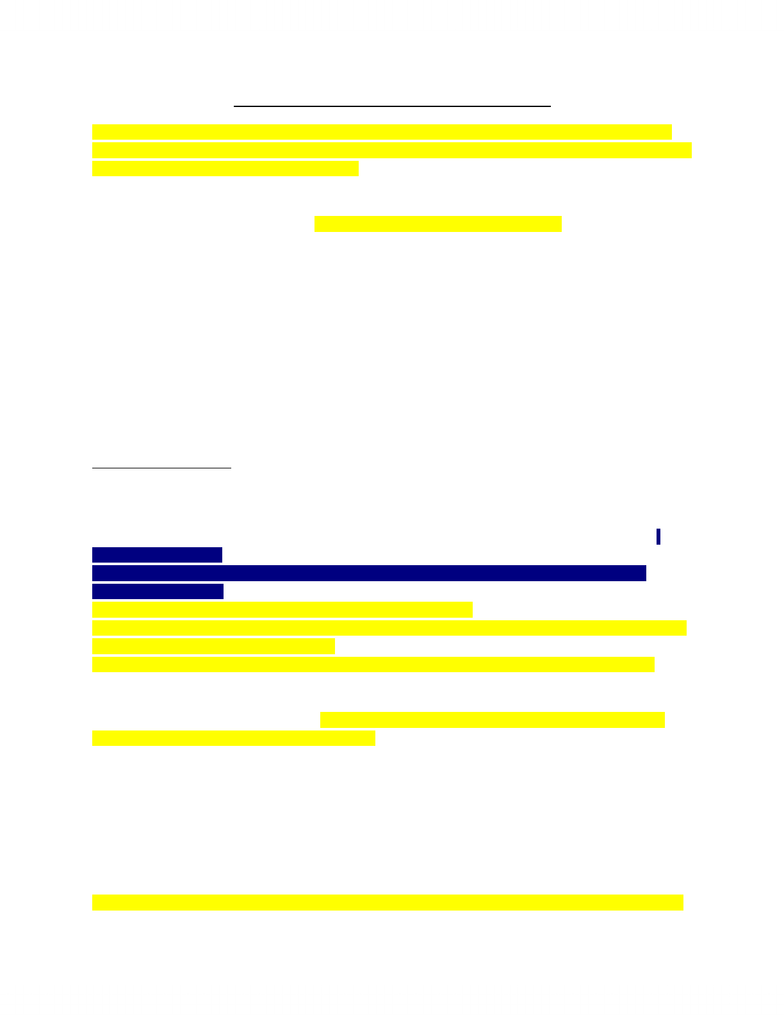 Chapter 7 – Somatoform and Dissociative Disorders
- somatoform and dissociative disorders are related to anxiety disorders in that, in early versions of the
DSM, all these disorders were subsumed under the heading of neuroses because anxiety was considered
the predominant underlying factor in each case
somatoform disorders – disorders in which physical symptoms suggest a physical problem but have no
know physiological cause; they’re therefore believed to be lined to psychological conflicts and needs but
not voluntarily assumed; examples are somatization disorder (Briquet’s syndrome), conversion disorder,
pain disorder, and hypochondriasis
- in somatoform disorders, the individual complains of bodily symptoms that suggest a physical
defect or dysfunction – sometimes rather dramatic in nature – but for which no physiological
basis can be found
dissociative disorders – disorders in which the normal integration of consciousness, memory, or identity
is suddenly and temporarily altered; dissociative amnesia, dissociative fugue, dissociative identity
disorder (multiple personality), and depersonalization disorder are examples
- in dissociative disorders, the individual experiences disruptions of consciousness, memory, and
identity
- the onset of both classes of disorders is assumed by many to be related to some stressful experience,
and the 2 classes sometimes co-occur
Somatoform Disorders
- soma means body
- in these disorders, psychological problems take a physical form
- the physical symptoms of somatoform disorders have no know physiological explanation and aren’t
under voluntary control
- they’re thought to be linked to psychological factors, presumably anxiety, and are assumed to be
psychologically caused
- the bodily symptoms of these disorders fall typically into 2 groups:
- one group of symptoms reflects arousal in the ANS and is accompanied by palpable distress in
the form of anxiety and depression
- 2nd group of symptoms reflects thoughts and intensions that aren’t consciously recognized
pain disorder – a somatoform disorder in which the person complains of severe and prolonged pain that
is not explainable by organic pathology; it tends to be stress-related or permits the patient to avoid an
aversive activity or to gain attention and sympathy
- in pain disorder, the person experiences pain that causes significant distress and impairment;
psychological factors are viewed as playing an important role in the onset, maintenance, and severity of
the pain
- the patient may become unable to work and may become dependent on painkillers or tranquilizers
- the pain may have a temporal relation to some conflict or stress, or it may allow the individual to avoid
some unpleasant activity and to secure attention and sympathy not otherwise available
- accurate diagnosis is difficult because the subjective experience of pain is always a psychologically
influenced phenomenon
- patients with physically based pain localize it more specifically, give more detailed sensory descriptions
www.notesolution.com
Unlock document 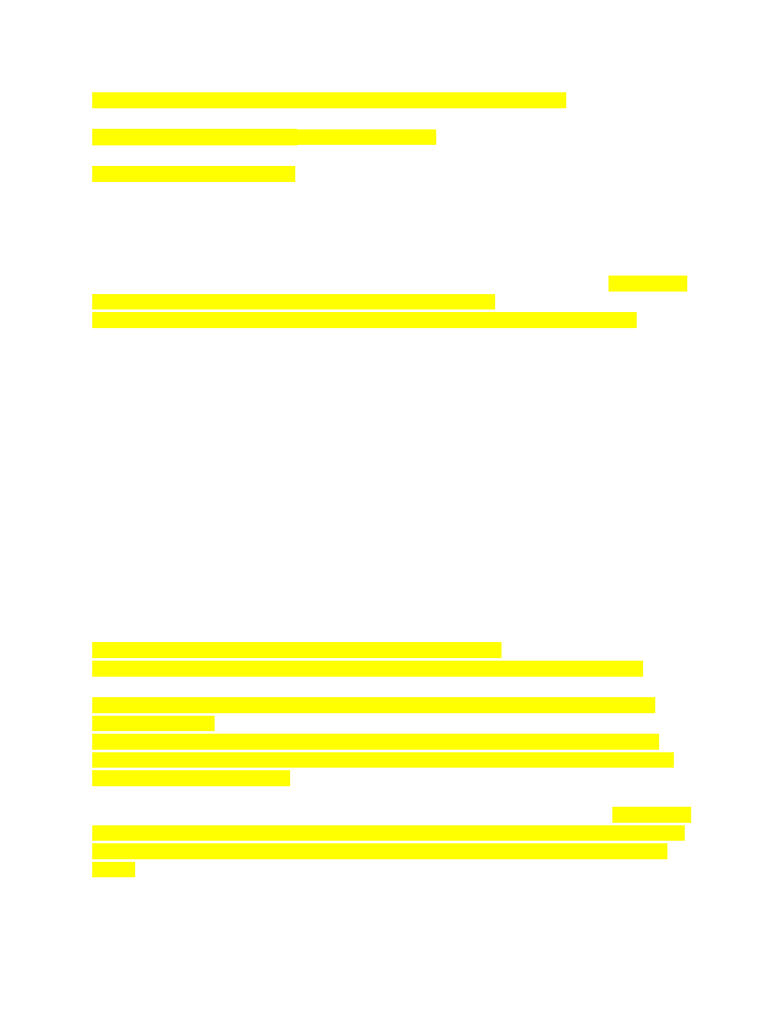 of their pain and link their pain more clearly to situations that increase or decrease it
body dysmorphic disorder (BDD) – a somatoform disorder marked by preoccupation with an imagined
or exaggerated defect in appearance; for example, facial wrinkles or excess facial or body hair
- with BDD it’s frequently in the face
- women tend to focus on the skin, hips, breasts, and legs; men are more inclined to believe they’re too
short, that their penises are too small, or that they have too much body hair
- some patients with the disorder may spend hours each day checking on their defect, looking at
themselves in mirrors; others try to avoid being reminded of the defect, for example, by wearing very
loose clothes
- BDD occurs mostly among women, typically begins in late adolescence, and is frequently comorbid with
depression and social phobia, eating disorders, and thoughts of suicide
- BDD is chronic, with only 9% of BDD patients experiencing remission over the course of 1 year
- preoccupation with imagined defects in physical appearance may not be a disorder itself, but a symptom
that can occur in several disorders
hypochondriasis – a somatoform disorder in which the person, misinterpreting rather ordinary physical
sensations, is preoccupied with fears of having a serious disease and is not dissuaded (talk somebody
out of something) by medical opinion; difficult to distinguish from somatizaton disorder
- hypochondiasis is a somatoform disorder in which individuals are preoccupied with persistent
fears of having a serious disease, despite medical reassurance to the contrary
- the disorder typically begins in early adulthood and has a chronic course
- the theory is that they overreact to ordinary physical sensations and minor abnormalities, such as
irregular heartbeat, sweating, occasional coughing, a sore spot, or a stomach ache, seeing these as
evidence for their beliefs
- people with high scores on a measure of hypochondriasis are more likely than others to attribute
physical sensations to an illness; similarly, patients with hypochondriasis make catastrophic
interpretations of symptoms, such as believing that a red blotch on the skin is skin cancer
- hypochondriasis is not well differentiated from somatization disorder, which is also characterized by a
long history of complaints of medical illnesses
- also, hypochondriasis often co-occurs with anxiety and mood disorders
- hypochondriasis is a fear of having an illness, an illness phobia is a fear of contracting an illness
- the Illness Attitude Scale (IAS) is one self-report measure that’s used commonly by researchers to
assess health anxiety
- the IAS consists reliably of 4 factors: (1) worry about illness and pain (i.e. illness fears); (2) disease
conviction (i.e. illness beliefs) (3) health habits (i.e. safety-seeking behaviors) (4) symptom interference
with lifestyle (i.e. disruptive effects)
- there’s a link between health anxiety and trait neuroticism
- a recent twin study conducted in Canada found that after controlling for medical morbidity, health anxiety
was moderately heritable, but most of the variance in health anxiety, as assessed by the IAS, was due to
environmental factors rather than genetic factors; this supports the notion that health anxiety is mostly
learned
Conversion Disorder
www.notesolution.com
Unlock document 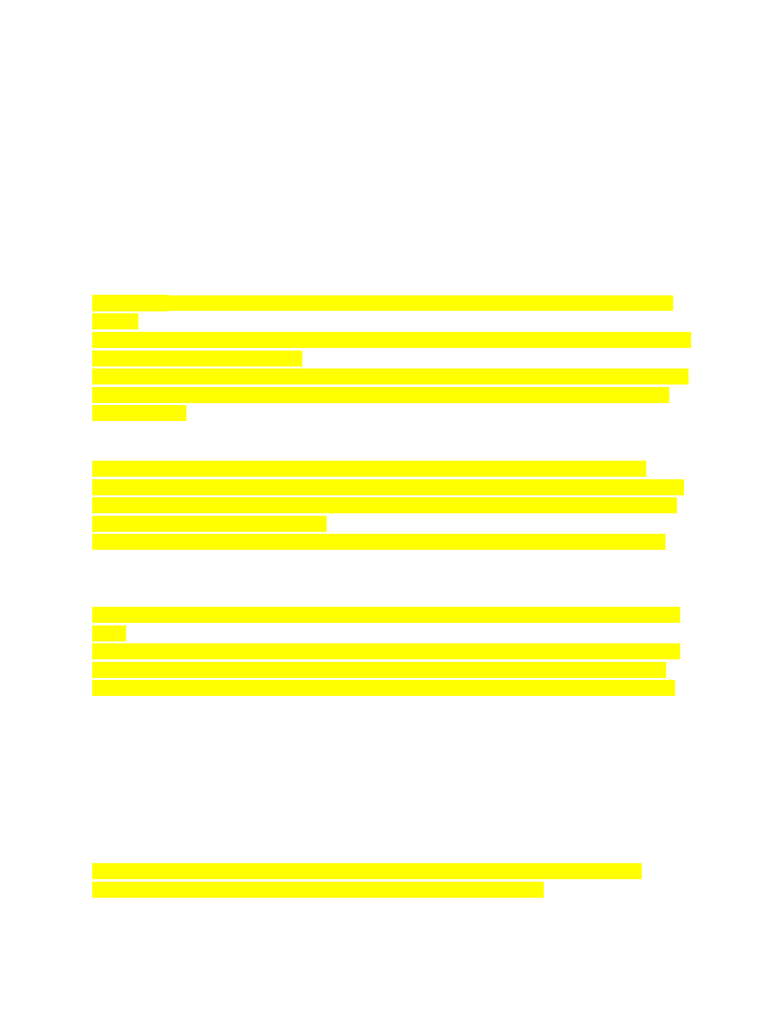 conversion disorder – a somatoform disorder in which sensory or muscular functions are impaired,
usually suggesting neurological disease, even though the bodily organs themselves are sound;
anaesthesias and paralyses of limbs are examples; to be distinguished from malingering, in which actual
impairment does not exist
- in conversion disorder, physiologically normal people experience sensory or motor symptoms,
such as a sudden loss of vision or paralysis, suggesting an illness related to neurological damage
of some sort, although the body organs and nervous system are found to be fine
- sufferers may experience paralysis of arms or legs; seizures and coordination disturbances; a sensation
of prickling, tingling, or creeping on the skin; insensitivity of pain; or the loss or impairment of sensations,
called anesthesias
anesthesias – a loss of impairment of sensation that may be experienced by a person with conversion
disorder
- aphonia, loss of the voice and al but whispered speech, and anosmia, loss or impairment of the sense of
smell, are other conversion disorders
- the psychological nature of conversion symptoms is demonstrated by the fact that they appear suddenly
in stressful situations, allowing the individual to avoid some activity or responsibility or to receive badly
wanted attention
- anxiety and psychological conflict were once believed to be converted into physical symptoms
hysteria – a disorder known to the ancient Greeks in which a physical incapacity – a paralysis, an
anaesthesia, or an analgesia – is not due to a physiological dysfunction; for example, glove anaesthesia;
it is an older term for “conversion disorder”; in the late 19th century dissociative disorders were identified
as such and considered hysterical states
- hysteria is the term originally used to describe what are now known as conversion disorders
- Hippocrates considered hysteria an affliction limited solely to women and due to the wandering of the
uterus through the body
- conversion symptoms usually develop in adolescence or early adulthood, typically after undergoing life
stress
- prevalence of conversion disorder is less than 1%, and more women than men are given the diagnosis
- conversion disorder is also frequently comorbid with other Axis I diagnoses, such as depression and
substance abuse, and with personality disorders, notably borderline and histrionic personality disorders
- in making diagnoses, it’s important to distinguish a conversion paralysis or sensory dysfunction from
similar problems that have a true neurological basis
- hysterical anesthesias can be distinguished from neurological dysfunctions; the hysterical anesthesias
do not make anatomical sense
- sometimes this task is easy, as when the paralysis doesn’t make anatomical sense; a classical example
is glove anesthesia, a rare syndrome in which the individual experiences little or no sensation in the part
of the hand that would be covered by a glove
- carpal tunnel syndrome, can produce symptoms similar to those of glove anesthesia
- since the majority of paralyses, analgesias, and sensory failures do have biological causes, true
neurological problems may sometimes be misdiagnosed as conversion disorder
www.notesolution.com
Unlock document