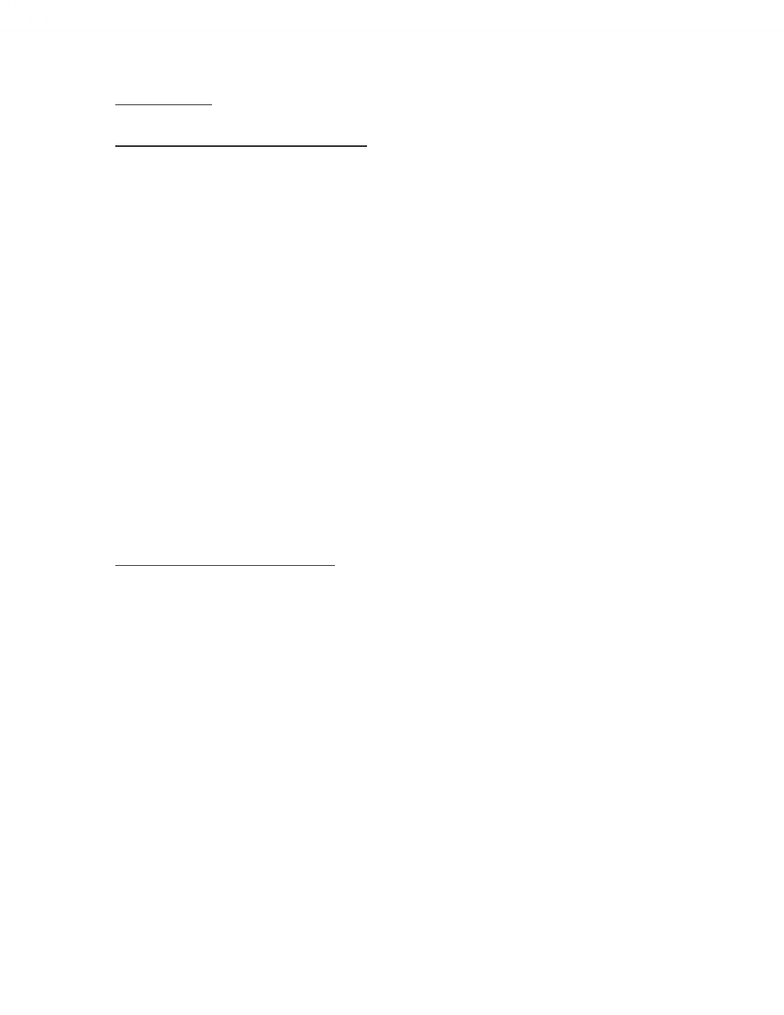 Images of Society
Chapter 2: The sociological Imagination (Mills)
-Sociological imagination is required to understand how society operated at given point in time and
massive changes society has undergone over past century or so  shift to one perspective to
another
-Micro-sociology: focus on interactions between individuals
-Macro-sociology: focus on organization and structure of society
-Life of individual is imbedded within history of society  problem: societal changes are taking
place faster than ability of people to comprehend and adapt to those changes (future shock,
cultural lag.)  solution: sociological imagination: individuals no longer see themselves as apart
from history and society, but shaped by them
-Consists of ability “to understand larger historical scenes in terms of its meaning for inner life and
external career of variety of individuals”. Social-psychological: understanding of how social
structure and changes in that structure affect psychology of individuals. Graphs history and
biography and theirs relationship between the 2, within society
-Milieu: community
-Biography: account of the series of events making up a person's life
-History: the discipline that records and interprets past events involving human beings
-Made by society and its historical push and shove
1. What is structure of this particular society as whole?
2. Where does this society stand in human history?
3. What varieties of men and women now prevail in this society and in this period?
-Trouble: private matter, values cherished by individual, felt by him to be threatened
-Issue: public matter
-All personal troubles can be a public issues, depends on who it affects
-Education: higher types of degrees being wanted, society pressures, and jobs
-Trapped with forms of communication
Chapter 6: Tuskegee Syphilis Experiment
-Meant to determine effects of syphilis by following poor black men infected with syphilis over
several decades and by ensuring that these men did not receive treatments that were available
-Lead black Americans to believe that U.S. government
-Black professionals and institutions contributed to study’s “success”
-Forty years between 1932 and 1972 U.S. Public Health Service (PHS) conducted experiment on
399 black men from poorest countries in Alabama who were never told what disease they had in
the late stages, their doctors had no intention of curing them of syphilis at all
-Men easy to manipulate because of their grossly disadvantaged lot in life, true nature of
experiment had to be kept secret  received free medical care
-Study meant to discover how syphilis affected blacks as opposed to whites – theory being that
whites experienced more neurological complications whereas blacks were more susceptible to
cardiovascular damage
-To ensure that men would show up for painful and potentially dangerous spinal tap PHS doctors
sent letter “Last Chance for Special Free Treatment”, fact that autopsies would eventually be
required was also concealed
-Tuskegee Institute lent its affiliated hospitals to PHS
-Black nurse Eunice Rivers: unquestioning submission to authority eclipsed her moral judgment
-Experiment continued in spite of Henderson Act (1943) public health law requiring testing and
treatment for venereal disease and World Health Organization’s Declaration of Helsinki (1964):
“informed consent” needed for experiment involving human beings
-Lawyer Fred Gray made it seem like whites attacking blacks
-Study’s justification: for greater good of science and since men received some medication
corrupted outcome of study of “untreated syphilis”
Unlock document 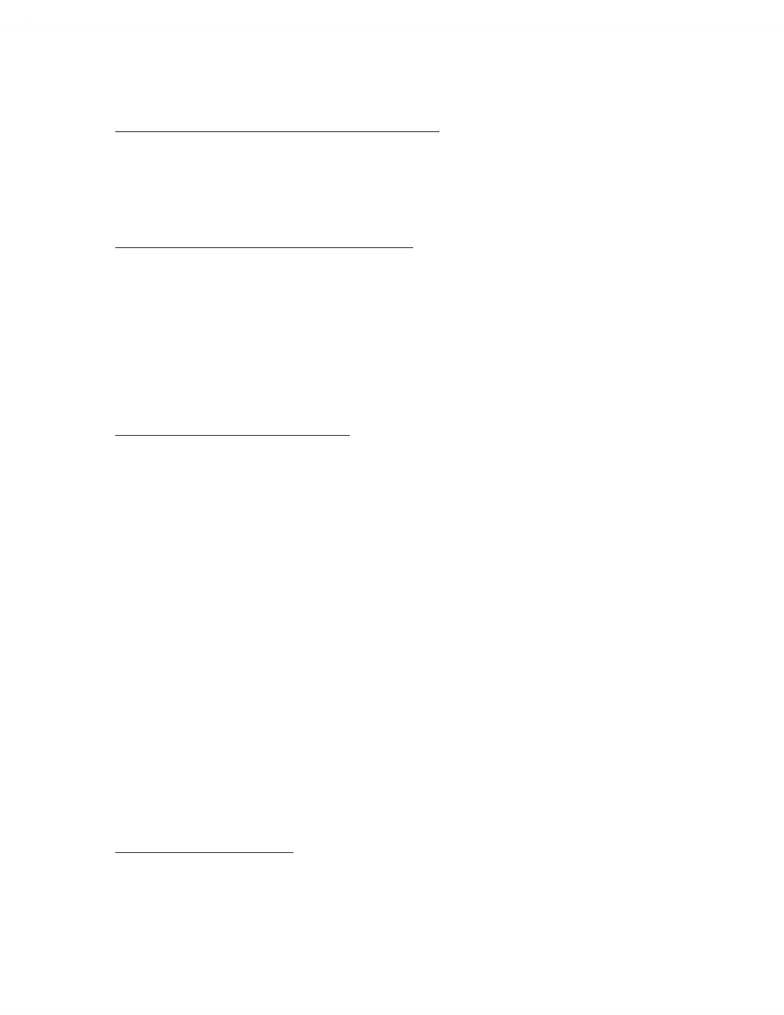 Chapter 7: Ethical Market in Human Organs (Erin and Harris)
-Number of organs needed for transplants exceeds number available from cadavers
-Risk lives by selling organ, safeguards against wrongful exploitation
-Its clear that loss of life, due in large measure to shortage of donor organs, is a major crisis, and a
major scandal
-Everyone is paid but the donor, just surgeons and medical terms are paid
-Reasonably compensated for their risk, time, and altruism, which would be undiminished by sale
Chapter 8: Is the Sale of Body Parts Wrong? (Savulescu)
-Exploitation, murder, and corruption
-Markets reduce altruistic donation and may also threaten the quality of organ supply and can
exploit those who are forced by poverty to enter such a market
-“Ethical market” in organs
-People take risks for money and judge that benefits for their own lives or their family’s outweigh
the risks
-Two issues: need to ensure that risk involved is reasonable compared with benefits will offer to
person undertaking the risk and society, and people need to be fully informed and give consent
freely
-Seems people have right to sell them: when soldiers risk their lives = heroes, we should allow
people to risk death or injury for their children’s’ lives or whatever they value
Chapter 9: Body Ritual among the Nacirema
-If behaviour is not found somewhere in the world, he is apt to suspect that they must be present in
some yet undescibed tribe
-Human body is ugly and its natural tendency is to debility and disease
-Anthropologists  so familiar with diversity of ways in which different people behave in similar
situations that he is not apt to be surprised by even most exotic customs. If all of logically possible
combinations of behaviour have not been found somewhere in the world, he is apt to suspect that
they must be present in some yet undescribed tribe  magical beliefs and practices of Nacirema
present such unusual aspects that it seems desirable to describe them as an example of the
extremes to which human behaviour can go.
-Fundamental belief underlying whole system: human body is ugly and natural tendency is to
debility and disease. Incarcerated in such a body, man’s only hope is to avert these characteristics
though use of ritual and ceremony  every household has one or more shrines. More powerful
individuals in society have several shrines in their house and opulence of house referred to in
number of ritual centres it possesses. Most houses = wattle and daub construction, but shrine
rooms of wealthy walled with stone. Poorer families imitate rich by applying pottery plaques to
shrine walls.
-Chest in shrine has charms and magical potions, without which no native believes he could live,
charm goes in charm box once used, box is usually overflowing so people forget their purposes
and fear to use them again
-“Holy mouth-men”, mouth-rite to arrest decay and draw friends  sadism
-Medicine men have latipso (imposing temple) to treat the very sick but you need to give rich gift
-Death does not decrease their faith in the medicine men
-“Listener” witchdoctor with power to exorcise devils that lodge in heads of people who have been
bewitched (children are bewitched by parents, mainly mother)
-Nacirema = magic-ridden people, exotic customs take on real meaning
Chapter 10: Mother Cow (Harris)
-Agriculture part of vast system of human and natural relationships. To judge isolated portions of
this “ecosystem” in terms that are relevant to conduct of American agribusiness leads to strange
impressions.
Unlock document 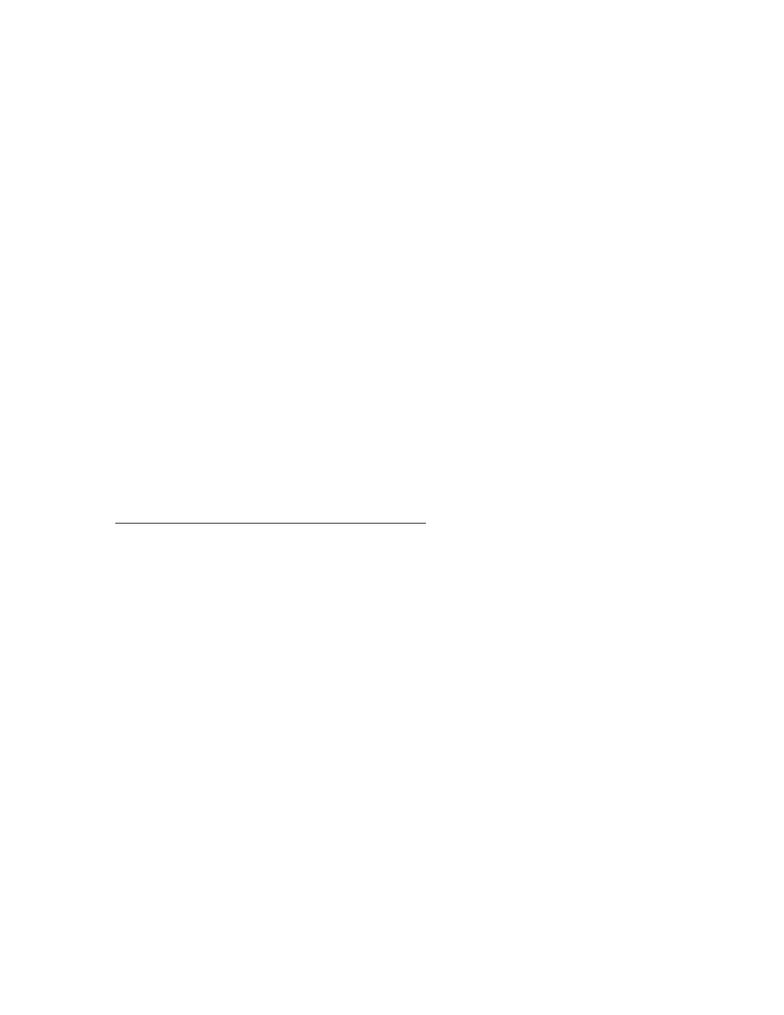 -Cattle figure in Indian ecosystem easily overlooked or demeaned by observers from industrialized,
high-energy societies. US = chemicals have almost completely replaced animal manure as
principal source of farm fertilizer  farmers stopped using manure when they began to plough
with tractors rather than mules or horses. Tractors excrete poison rather than fertilizer =
commitment to large-scale machine farming is of necessity a commitment to use chemical
fertilizers.
-Worldwide today has grown up a vast integrated petrochemical-tractor-truck industrial complex
that produces farm machinery, motorized transport, oil and gasoline, and chemical fertilizers and
pesticides upon which new high-yield production techniques depend.
-The cow to Hindus is mother of life, in India, spiritual values more precious than life itself
-Keeps 100 million “useless” animals alive  contribute neither milk nor meat
-India’s Zebu cows give no milk, milk improves health of those starving
-Product of natural selection as small bodies and fantastic recuperative powers of zebu breeds =
taboo on slaughter and beef eating. During droughts and famines, farmers are severely tempted to
kill/sell their livestock  Those who do seal their doom, even if they survive the drought, they are
unable to plough fields when rain comes.
-Massive cattle slaughter under duress of famine constitutes much greater threat to aggregate
welfare than error by farmers concerning usefulness of their animals during normal times cow
slaughter has roots in excruciating contradiction between immediate needs and long-run
conditions of survival.
-Cow love (sacred symbols and holy doctrines) protects farmer against calculations that are
“rational” only in short term.
-Cow dung = fertilizer, remainer burned to provide heat for cooking (burns clean and slow),
household flooring material (keeps dust down and can be swept)
-To Western experts “Indian farmers rather starve to death than eat his cow”, “inscrutable Oriental
mind”, and “life is not so dear to Asian masses”  Don’t realize that farmer would rather eat his
own cow than starve, but that he will starve if he does eat it.
Chapter 11: Modern magic – Case of Examinations (Albas)
-WWI Malinowski studied use of magic among Trobriand Islanders in South Pacific
-Magic: action directed toward achievement of particular outcome with no logical relationships
between action and outcome or, indeed, any empirical evidence that one produces the other
-Bring good luck rather than to ward off bad luck
-Jewellery = parent was bright and successful implying faith in magic by contagion, security
blanket, unlucky tabooed items had failed the owner before behaviour required of others by
student
-Students don’t use magic while writing exams
-Metholodological process involved triangulation: data of different kinds were collected from
variety of sources in such a way that weaknesses of one data-collecting technique were
compensated for by strengths of another, thus better ensuring reliability and validity. 4 sources
employed were:
1. Exams logs
2. Surveys
3. Observation and probing for meaning
4. Student accounts to explain failures
-Society from preliterate to contemporary, increasing in complexity and scientific sophistication,
magic to be transformed from
1. Being publically performed to being privately and individually performed
2. Being culturally transmitted to being spontaneously generated
3. Being completely shared by whole community to being utilized privately by
individuals
4. Being unvaryingly uniform and consistent in its rituals to being highly variable and
even contradictory. With an ideal-type polar construct of this kind, no actual case of
magic (including student magic) will in all respects conform to the characteristics of
either pole. Students’ magic falls towards latter end of each of four continua
Unlock document