OC410201
25 Jul 2015
School
McGill University
Department
Psychology
Course
PSYC 215
Professor
Michael Sullivan
Chapter 11: Aggression.
What is Aggression?
•Aggression is a behavior intended to harm another individual.
oFailure to act can also be aggressive, if that failure is intended to hurt someone.
•Violence = extreme acts of aggression.
•Anger is an emotional response to perceived injury; hostility is a negative, antagonistic attitude toward another
person or grp.
•Instrumental aggression is a means to obtain a desired outcome = proactive aggression.
•In emotional aggression, harm is inflicted for its own sake = reactive aggression.
oOften impulsive, carried out in the heat of the moment.
oBut, can also be calm, cool, and calculated. Ex: Revenge.
•It is hard to distinguish between the two.
Culture, Gender, and Individual Differences
Culture and Aggression
•The rates of violence and the forms of violence takes vary dramatically from one society to another.
•Forbes et al.’s 2009 research suggests that individualistic cultures tend to have higher rates of aggression than
collectivistic cultures.
•The forms that aggression may take and attitudes about whether various practices should be considered aggression
vary across cultures.
oResearchers believe that higher murder rate in the US is due to prevalence of guns. US attitudes abt guns
is more permissive and positive.
oWhat is considered aggression and unacceptable in relation to children also differ across cultures. In
Japan, it is not uncommon for Japanese business men to grope schoolgirls on public transportation.
oFemale genital mutilation: in parts of Africa and Asia, it is considered a sacred ritual; but in cultures that
condemn it, it is considered an inhumane act of violence.
•Bullying is a persistent and widespread problem that affects a large number of young ppl in the world.
oIncreasingly seen in the form of cyberbullying.
oCan lead to suffering (feelings of panic, nervousness, and distraction at school; recurring memories of
abuse; depression and anxiety; suicide).
•Non-violent cultures exist. According to Bonta (1997), these societies strongly oppose competition and endorse
cooperation in all aspects of their lives.
•Within a society, different subcultures exhibit different norms concerning aggression.
•Teens and young adults, and ppl in the Southern US (compared to Northern US) are the grps most prone to
violence.
Unlock document 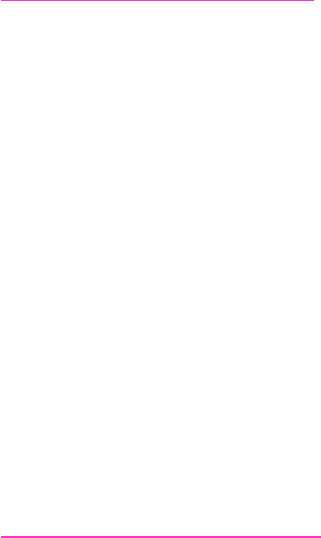 oCulture of honor is prevalent and encourages violent responses to perceived threats against one’s status
as an honorable, powerful man.
•Drop in violent crimes in North America d/t: aging population, longer jail sentences for criminals, community-oriented
policing, decline in market for crack cocaine, tougher gun control laws, strong economy…
Gender and Aggression
•Men are more violent than women in virtually every culture and time period that has been studied.
oMen commit the large majority of homicides, and men comprise the large majority of murder victims.
•Males tend to be more overtly physically aggressive than females.
oFemales are as likely to feel anger, but act less on it in aggressive ways.
•Females are often more indirectly, or relationally, aggressive than males.
oRelational aggression targets a person’s relationship or social status, ex: threatening to end friendship, gossiping…
Individual differences
Situational variables influence whether and how someone will aggress; but also some stable individual differences
Aggression in childhood  predicts aggression in adulthood
Annie Renouf and others (2010)
Study examined indirect aggression (saying bad things behind someone’s back) in 60 months kids & 1 year later. Kids that
are better to understand others perspective are more likely to use indirect aggression (manipulate others, spread rumours
without getting caught)
Origins of Aggression
Aggression innate?
•Evolutionary psychology:; uses roots & contemporary patterns of aggression
•Smith in The Most Dangerous Animal: Human Nature and the Origin of War: human warfare originated not only to
obtain valuable resources, but also attract mates & forge intragroup bonds
•Evolutionary psychology: emphasizes genetic survival rather than the survival of the individual because genes can be
transmitted through reproduction; e.g: birth parents are much less likely to abuse or murder their own offspring than
step-parents are to harm stepchildren
•Gender: ale more competitive with each other because females select high status males for mating and they achieve it
by aggression
•Evolutionary psychology; Male to male violence most likely occur when 1 perceived as challenging other’s status,
social power (ex: humiliate him, challenge his sexual relationship)
Michael Stirrat and others (2012)
Men with narrower face: more likely to die violent death than those wider face, because wider faces more because they lack
physical dominance.
•Females aggress too; more likely to aggress for protection of their kids
•Females place a higher value on protecting their own lives
Behaviour
Evolutionary psych studies behaviour genetics by studying twins and adopted children
Unlock document 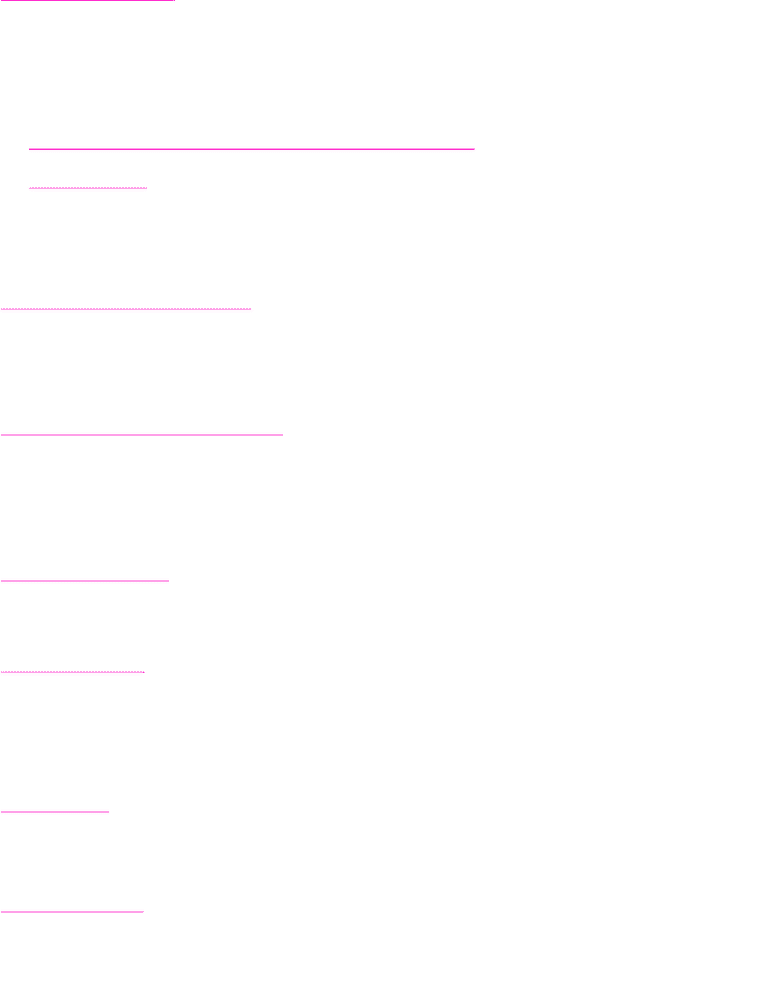 •Innate characteristics of adoptees like their bio parents more than adoptive parents
Brendgen and al. 2005
•1st study of twins in Montreal: stronger evidence for the role of genes in physical aggression than in indirect
relational aggressions
•2nd study of twins when environmental stressors are present, there is a greater likelihood that a genetic
predisposition for aggression is activated; kids with his maladaptive predisposition who encounters positive
relationships with a teacher, aggressive behaviour reduced
Book & al 2001, Dabs & Dabbs 2005, Kuepper and al, etc.
Strong correlation between testosterone levels and aggression
Dabs & al 1996
Fraternities whose members tended to have higher testosterone exhibited more crude behavior; fraternities with lower
testosterone tended to be more academically successful and socially responsible
*studies showed + relationship between testosterone & aggression related behaviours (such as competitiveness) in
women
Allison Bailey & Peter Hurd 2005
Men with more masculine finger length ratio (ring finger longer than index) had higher score for traits of physical aggression.
Even though these researches are conducted, they can’t prove that testosterone causes aggression because levels of
testosterone can’t be manipulated (ethics); other explanations possible
• aggression itself can cause temporary increase in testosterone
• higher level of stress (like in aggression) associated with higher levels of testosterone
• Stress can elevate both aggression and testosterone
Cohen-Keteiniss &Van-Goozen 1997
Study on transsexuals; female-to-male transformation and 15 male-to-female before and 3 months after transformation: more
testosterone given to female to male transsexuals resulted in more aggression- proneness & deprivation of testosterone in
male to female transsexuals resulted in less aggressiveness
Serotonin
Serotonin acts like braking mechanism to restrain impulsive acts of aggression. Low levels of serotonin associated with high
levels of aggression.
Brain and Executive functioning
Hortensius et al. 2012
Linkings between abnormalities in frontal lobe structures with tendencies toward aggressive and violent behaviour
Impaired prefrontal processing can disrupt executive functioning (processes that allow humans to plan/inhibit their actions in
order to respond to situations in a reasoned manner)
Some studies have shown link between poor executive functioning and high aggression
Decety et al., 2009
Brain activity of very aggressive teens associated with experiencing rewards --> suggest that they
• enjoyed watching others experience pain that was inflicted on them intentionally
• less activation in areas associated with self-regulation and moral reasoning when seeing infliction of pain on someone
Is Aggression Learned?
Bandura 1973
Aggression strongly affected by learning
Rewards obtained by aggression today increases its use tomorrow
• + reinforcement: when aggression produces desired outcomes
• - reinforcement: Aggression prevents/stops undesirable outcomes
Boldizar et al 1989
Children who see aggression producing more good outcomes are more aggressive than other children
Punishment prevents aggression?
According to research, yes if
• immediately follows aggressive behaviour
• strong enough to deter the aggressor
Unlock document