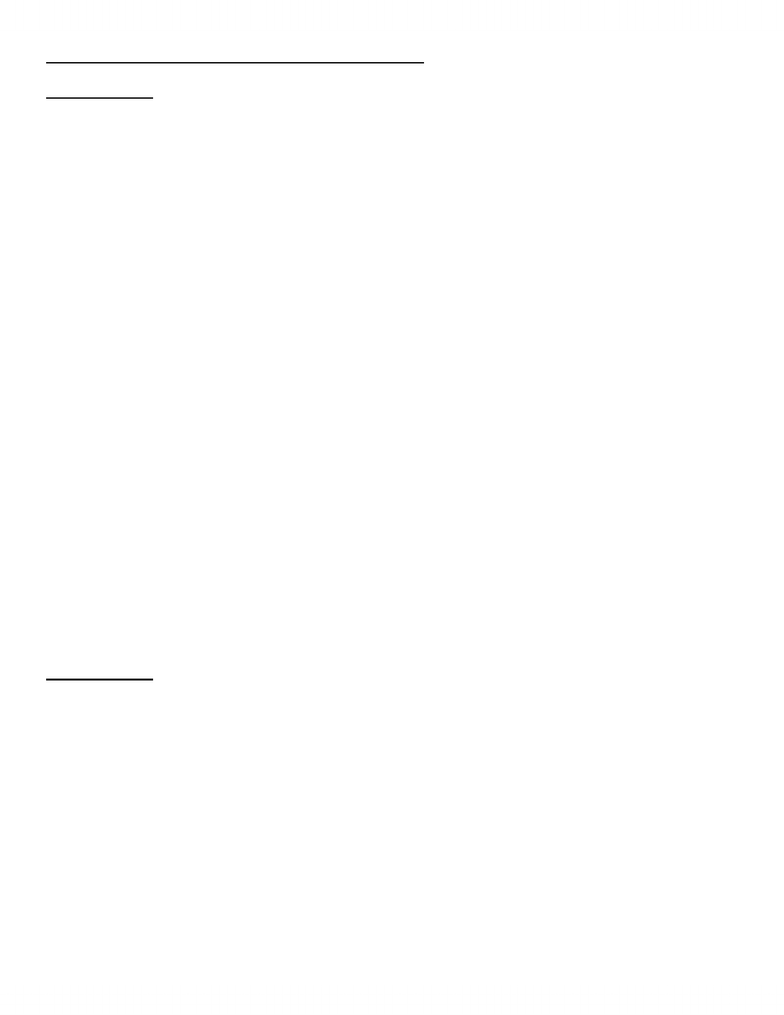 How to Think Straight About Psychology Textbook Notes
Chapter 1 Notes
Freud’s methods of investigation are unrepresentative of how modern psychs conduct their research today
Psychology uses scientific methods to understand behaviour
 Science employs methods of systematic empiricism
 It aims for knowledge that is publicly verifiable
 Seeks problems that are empirically solvable and that yield testable theories
Two things that justify psychology as an independent discipline
 Psychology studies the full range of human and nonhuman behaviour with the techniques of science
 Applications that derive from this knowledge are scientifically based
 Pseudoscientific belief – anything goes in psych and there are no rational criteria for evaluating psych
claims
Psychology attempts to give the public two guarantees
 Conclusions about behaviour that it produces derive from scientific evidence
 Practical applications of psychology have been derived from and tested by scientific methods
Systematic Empiricism
 Results of the observation reveal something about the underlying nature of the world
 Scientific observations are usually theory driven, they test different parts of the nature of the world
Publicly Verifiable Knowledge
 Scientific knowledge does not exist until it has been submitted to the scientific community for criticism
and empirical testing
 Replication  other scientists must be able to repeat the same experiment and get the same results
 Ensures that a particular finding is not due to the errors and biases
 Peer review
What makes a theory testable: must have specific implications for observable events in the natural world
Chapter 2 Notes
Scientists look for a solvable problem: testable theory  falsifiable and has implications for actual events in the
natural world
Falsifiability criterion  methods of evaluating new evidence relevant to a particular theory must always
include the possibility that the data will falsify the theory (Karl Popper)
 The predictions drawn from the theory must be specific because in telling what should happen, it implies
that certain things will not happen
For a theory to be useful, the predictions drawn from it must be specific
 A theory in science is an interrelated set of concepts that is used to explain a body of data and to make
predictions about the results of future experiments
 Layperson – a person without professional or specialized knowledge in a particular subject
 Hypotheses are specific predictions that are derived from theories
 Usually, viable theories are the ones that have had many of their hypotheses confirmed
Unlock document 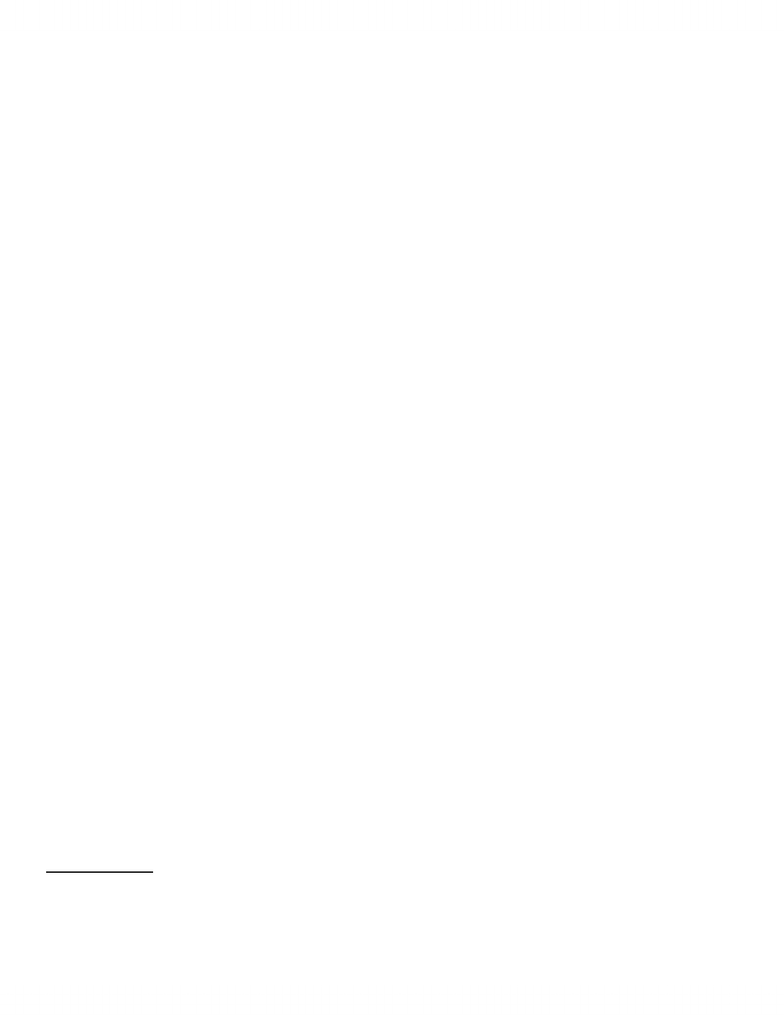  The hypotheses are tested by a variety of techniques
 If the hypotheses are confirmed by the experiments, then the theory receives some degree of
corroboration. If the hypotheses are falsified, then the theory must be altered, or discarded
 Laws – relationships in science that have been confirmed so many times since it is doubtful that they
will be overturned by future experimentation
Falsifiability implies that the number of times a theory has been confirmed is not the critical element
 Confirmations are more or less impressive depending on the extent to which the prediction exposes itself
to potential disconfirmation
 We must look at the quantity of the confirming evidence, but also at the quality of the confirming
instances
Progress occurs only when a theory does not predict everything but instead makes specific prediction that tell
us, in advance, something specific about the world
Good theories are those that make specific predictions, and such theories are highly falsifiable. The
confirmation of a specific prediction provides more support for the theory. One implication of the falsifiability
criterion is that all confirmations of theories are not equal.
ESP – the faculty of perceiving things by means other than the know senses (telepathy, clairvoyance)
Parapsychology – the study of mental phenomena that are excluded from or inexplicable by orthodox scientific
psychology (hypnosis, telepathy)  come from the general media
 Replication of a finding is critical to its acceptance as an established fact
 When cannot be duplicated in a lab, believer says to skeptic, that the negative vibes probably disrupted
the “psi powers’  unfalsifiable
Confirmations are more or less impressive depending on the extent to which the prediction exposes itself to
potential disconfirmation; so we must not only look at the quantity of the confirming evidence but also at the
quality
Falsified hypotheses provide information that scientists use to adjust their theories so that these theories accord
more closely with the data
 Make mistakes publicly so that others can help them
 Humans have the instinct to deny that they are wrong and cling onto what they believed in the first place
(common sense is unreliable)
 Truthiness – quality of a thing feeling true without any evidence suggesting that it actually was
 Although objective scientists allow for great discoveries and are modest when proven wrong since they
wish the greater good for science, progress is made in the field mostly due to fallible scientists that
criticize and root out errors of their peers
Scientific knowledge is inherently (existing in something as a permanent, essential, or characteristic attribute)
tentative, and open to revision
 Knowledge is not impossible, it is only provisional (arranged or existing for the present, possibly to be
changed later)
Chapter 3 Notes
Essentialism: only good scientific theories are those that give ultimate explanations of phenomena in terms of
their underlying essences or their essential properties;
 Think that theories that give less than ultimate explanations are useless
Unlock document 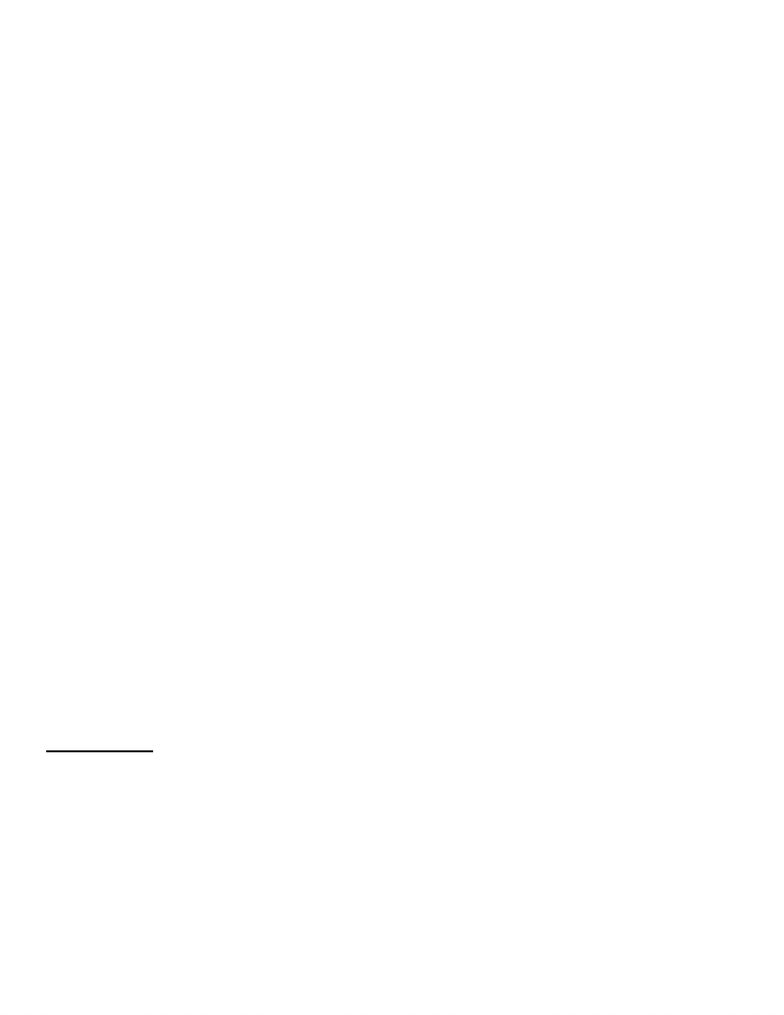  Science does not answer essentialist questions but advances by developing operational definitions of
concepts
 Science does not attempt to answer “ultimate” questions about the universe; consider them
unanswerable
 Science eliminates the errors that are part of our knowledge base
Operationism: idea that concepts in scientific theories must in some way be grounded in, or linked to,
observable events that can be measured
 A concept in science is defined by a set of operations and not just by a single behavioural event or task
 Force us to think carefully and empirically
 Presence of loose concepts (those for which the theorist cannot provide direct and indirect operational
links) should be viewed with suspicion
 Parsimony: when two theories have the same explanatory power, the simpler theory is preferred
 The origin of something is irrelevant to its ability to carry out a particular process
Reliability refers to the consistency of a measuring instrument – whether you would arrive at the same
measurement if you assessed the same concept multiple times
 If the measure of a concept yields similar numbers for multiple measurements of the same concept, the
measuring device displays high reliability
 Test-retest reliability – getting virtually the same reading time after time
 Interrater reliability – same reading no matter who uses it
Construct validity refers to whether a measuring instrument is measuring what is supposed to be measuring
 What we find relates to many other variables that we would expect a measure of our subject to relate to
 We want high validity and high reliability for an operational definition
Latent constructs: concepts linked to other concepts that are defined by observable operations, which in turn
have operational definitions
Pre-existing bias: we all have intuitive theories of personality and human behaviour because we have been
“explaining” behaviour to ourselves all our lives
 Common misconception that technical concepts in psych are designated by words used in everyday
language with the same definition
The truth of a knowledge claim is not determined by the strength of belief of the individual putting forth the
claim (should not base our beliefs on intuition because impossible to prove who is better or feels more strongly)
 Humanizing force – making knowledge claims in public so that conflicting ideas can be tested in a way
that is acceptable to all disputants
Chapter 4 Notes
A case study is an investigation that looks intensely and in detail at a single individual or very small number of
individuals. The usefulness of case study information is strongly determined by how far scientific investigation
has advanced in a particular area.
 Insights gained may be quite useful in the early stages of the investigation of certain problems as
indicators of which variables deserve more intense study
 Opened up new areas of study
 Not useful at the later stages of scientific investigation because they cannot be used as confirming or
disconfirming evidence in the test of a particular theory
Case studies and testimonials are isolated events that lack the comparative information necessary to rule out
alternative explanations.
Unlock document