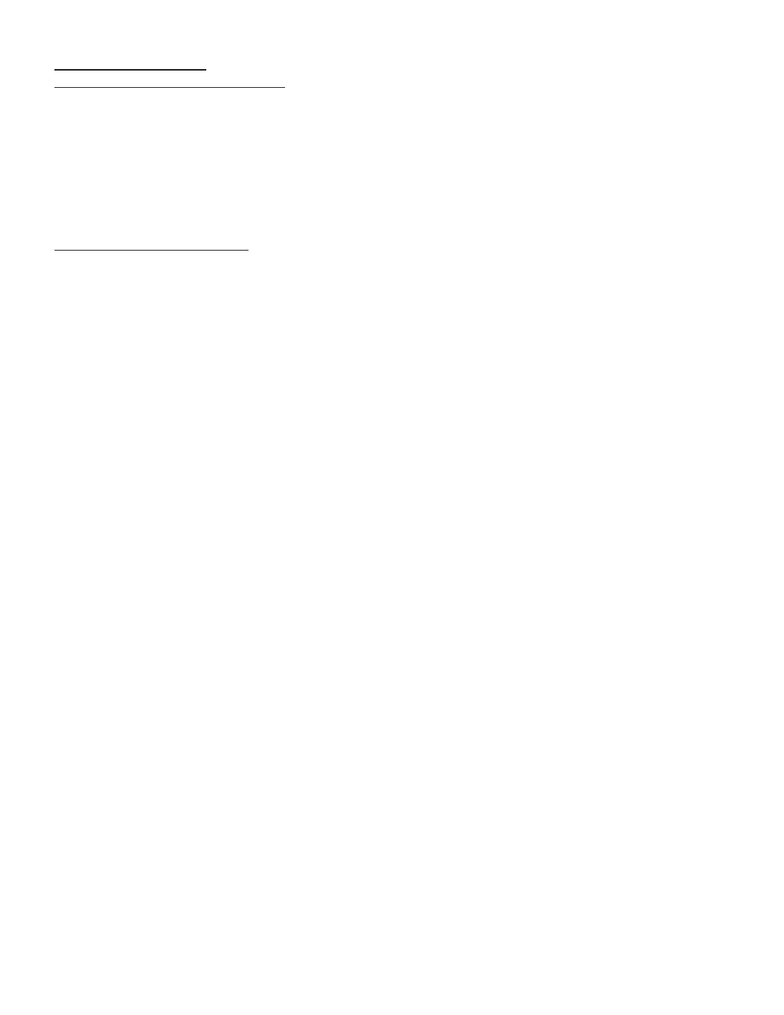 !
"!
Chapter 3: Enculturation
Humans Engage in Cultural Learning
# most important thinking ability that humans have that other animals don’t is the ability to understand that
others have wishes, desires and intentions to act and behave
# being able to take perspective of others has important consequences for learning and how we learn to
become a member of our culture
# cultural learning: learning not only from others but through others
# humans can learn by mimicking adults but also by internalizing the knowledge of another person through
social cognition – we have the ability to understand another person’s perspective, intentions and goals;
internalize them and learn from them
Enculturation and Socialization
# despite similarities in the overall goal of development, culture exhibit a tremendous degree of variability
in its content
# each culture has some understanding of adult competencies needed for adequate functioning, these
competencies differ by culture and environment
# much of our behavior as adults is influenced by learned patterns and rules from childhood; we are well
practiced at them that we engage in these behaviors automatically and unconsciously
# culture must be learned through a prolonged process, over a considerable period of time, with much
practice. This learning involves all aspects of the learning processes—involves classical conditioning,
operant conditioning and social learning
# Socialization is the process by which we learn and internalize rules and patterns of the society in which
we live; it involves learning and mastering societal norms, attitudes, values and belief systems
o Refers to the actual process and mechanisms by which people learn the rules of society – what is said to
whom and in what context
# Enculturation: process by which youngsters learn and adopt the ways and manners of their culture
o Refers to the products of socialization process—the subjective, underlying, psychological aspects of
culture that become internalized through development
# Socialization and enculturation agents are people, institutions and organizations that exist to help ensure
that socialization (or enculturation) occurs
o Most important agent is parents, who instill cultural mores and values in their children, reinforcing
those mores and values when they are learned and practiced well and correcting mistakes in that
learning
o Siblings, extended family and peers; organizations like schools, churches and social groups like Boy or
Girl Scout.
# Super and Harkness suggest that enculturation occurs within a developmental niche; niche forms the
child’s world within which the child comes to learn values and mores important to the culture
o Niche involves 3 components: (1) physical and social settings (2) customs of childcare and child rearing
(3) psychology of caregivers
o Developing child is influenced by the interaction of all three within a larger environmental and human
ecology
o In their niche, developing children are influenced by various socialization agents and institutions around
them, ensuring their enculturation
o Child also brings their temperamental disposition to the interaction
# People are not passive recipients of cultural knowledge
# Bronfenbrenner says that human development is a dynamic interactive process b/w individuals and their
environment on several levels
o Microsystem: immediate surroundings that child directly interacts with (family, school, peer group)
o Mesosystem: linkages b/w Microsystems (such as b/w school and family)
o Exosystem: context that indirectly affects the children (parent’s workplace)
www.notesolution.com
Unlock document 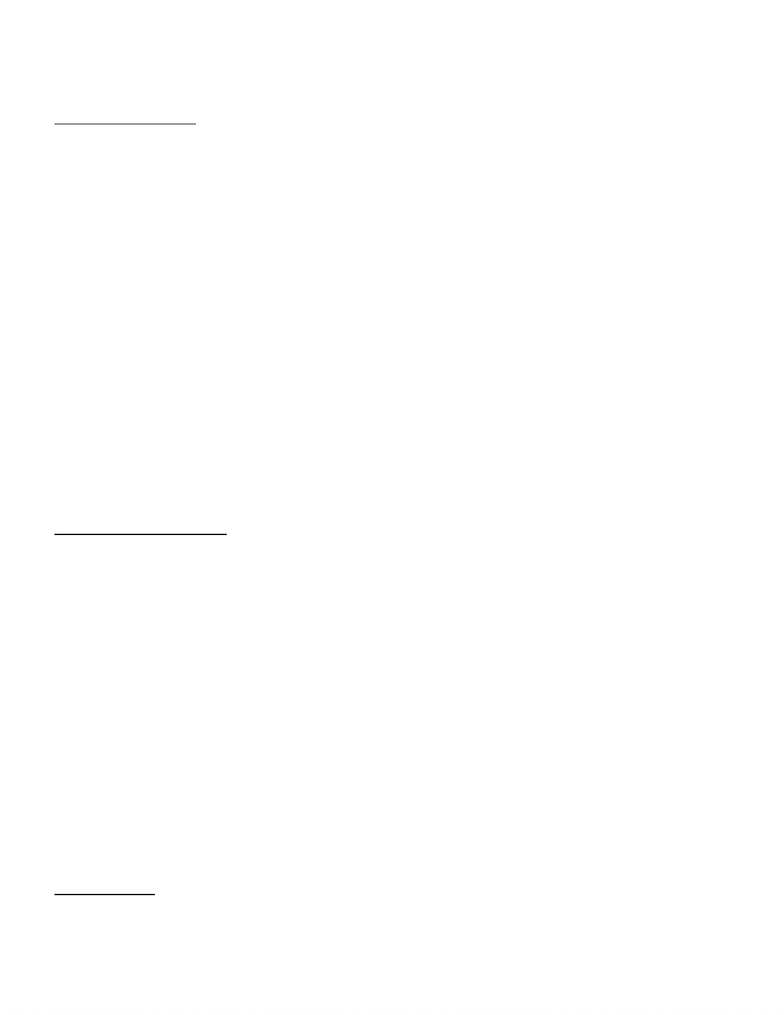 !
$!
o Macrosystem: culture, religion and society
o Chronosystem: influence of time and other systems
# We are active producers of our development
Parenting and Families
# cultural rules are reinforced and passed on from generation to generation through the way our parents
interact with us
# study of parenting gives us a good idea of what is important to that culture
# Six culture study by Beatrice and Whiting:
o focus was to understand child rearing and children’s behavior in varied cultural contexts
o observations revealed that children’s social behavior could be described along several dimensions
ranging from:
! nurturant-responsible (caring and sharing behaviors) to dependent-dominant (seeks help and asserts
dominance)
! and sociable-intimate (acts sociably) to authoritarian-aggressive (acts aggressively)
o these social behaviors depended on characteristics of the culture such as household structure
o nuclear families: husband and wives slept together and ate together and husbands helped with the
children; children scored high on sociability and low on aggression
o patrilineal extended families: husbands and wives did not sleep and eat together and husbands were not
allowed to be present at childbirth or expected to help care for infants; children scored low on
sociability and high on aggression
o cultures where women contributed greatly to the subsistence base of the family, children learned to
share in family responsibilities and scored low on dependence
o cultures where women were not expected to contribute to subsistence base of the family and who
depended on husbands for economic support, children learned to be more dependent
o the study showed that variations in the cultural environment were linked to variations in child-rearing
patterns and child development
Parenting Goals and Beliefs
# parenting has many dimensions: the goals and beliefs that parents hold for their children, the general style
of parenting they exhibit and the specific behaviors they use to realize their goals
# goals that parents have for their child’s development are based on the care giving context and the
behaviors that each specific culture values
# goals and beliefs of parents are rooted in what is appropriate for that particular culture
# parents beliefs concerning their roles as caregivers also influences their behaviors
o western countries parents believe that they play a very active, goal-directed role in the development of
their children
o eastern countries parents don’t believe they “direct” their children’s development, but rather focus on
enjoying the parent-child relationship
# ranging in parenting beliefs is reflected in the type and extent of involvement in children’s upbringing,
such as whether the mother transmits cultural knowledge by verbalization or by expecting her child to
learn primarily by observation and imitation
# parental ethnotheories: parental cultural belief system: the nexus through which the elements of the larger
culture are filtered and are an important source of parenting practices and the organization of daily life for
children and families
o American parents hold ethnotheories about the importance of spending special time with their children
and Dutch parents hold an ethnotheory of spending family time with their children
# Ethnotheories motivate parents to socialize their children in culture-specific ways
Parenting Styles
# Baumring has identified 3 patterns of parenting:
www.notesolution.com
Unlock document 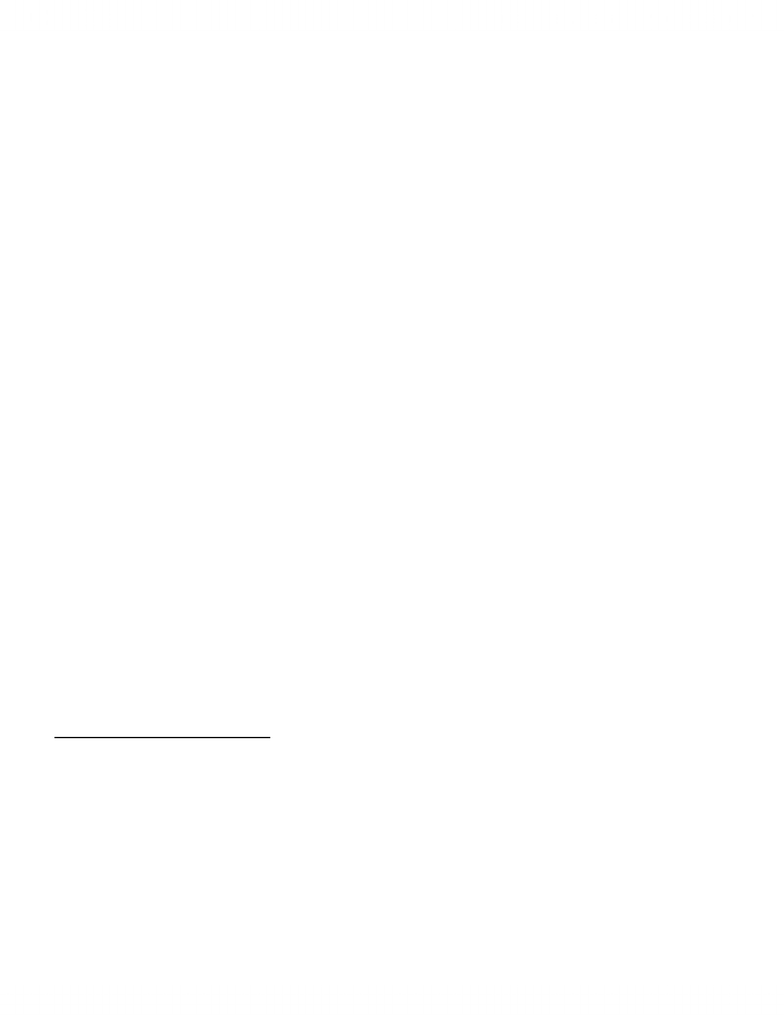 !
%!
# Authoritarian parents: expect unquestioned obedience and view child as needing to be controlled. They
are low on warmth and responsiveness toward their children; children are found to be more anxious and
withdrawn, lacking spontaneity and intellectual curiosity
# Permissive parents are warm and nurturing to their children; they allow their children to regulate their
own lives and provide few firm guidelines; Children tend to be immature; they have difficulty controlling
impulses and acting independently
# Authoritative parents are sensitive to the child’s maturity and are firm, fair and reasonable; express high
degree of warmth and affection to their children—common type
# Uninvolved parenting: too absorbed in their own lives to respond appropriately to their children and may
seem indifferent to them. Not committed to care giving, beyond the minimum effort required to meet the
physical needs of their child—extreme form is called neglect; Children are noncompliant and demanding
# The parenting style optimal for a child’s development is authoritative parenting style
o Authoritative parents demonstrate more positive mood, self-reliance, self-confidence, higher emotional
and social skills and secure attachment to caregivers
o Seen as promoting psychologically healthy, competent, independent children who are cooperative and
at ease in social situations
o Adolescents tend to be creative, have high self-esteem, do well in school and get along with their peers
o Relation b/w authorities, parenting and student adjustment can be explained by the student’s level of
optimism—these children are more optimistic and have lower depression, higher self-esteem and a
smoother adjustment to uni life
# Steinberg et al argued that benefits of authoritative parenting may differ depending on the particular
ethnic group
# Some argue that the conceptualization of these parenting styles may not be appropriate for parents of
other cultures
# Significance and meaning attached to parenting styles may originate from a set of cultural beliefs that
may differ greatly from European American cultural beliefs system
# Researchers identify parenting styles that are specific to the culture by first understanding the values of
the culture
# Chaio shun= training; important for pakis and Chinese ppl
# Researchers hypothesize that authoritarian parenting may actually encourage positive outcomes in
collectivist cultures
# Negative perception of authoritarian parents predicts less family harmony and more family conflict
# Specific dimensions of parenting styles such as warmth may have different meanings or expressions in
different cultures
# Acculturation is the process of adapting to and adopting a different culture from the one in which a
person was enculturated
# Perceptions of parenting are not static, but can be altered in a different social context
Parenting Behaviors and Strategies
# most representative cultural differences in parenting behaviors concern sleeping arrangement
# these practices foster behaviors and values that are consistent with the developmental goals of the culture
# cultural differences in infant sleeping arrangements can also be seen within one culture
# studies of sleeping arrangements across cultures illustrate how different parenting goals shape what we
consider appropriate parenting practices
# there are also differences in how parents structure the home environment for their children
o Home Observation and Measurement of the Environment Inventory (HOME Inventory)-> researchers
visit families in their home for about an hour. During this hour the researchers make observations of
parent-child interactions and also asks the parents a number of questions concerning how they interact
with their child
www.notesolution.com
Unlock document